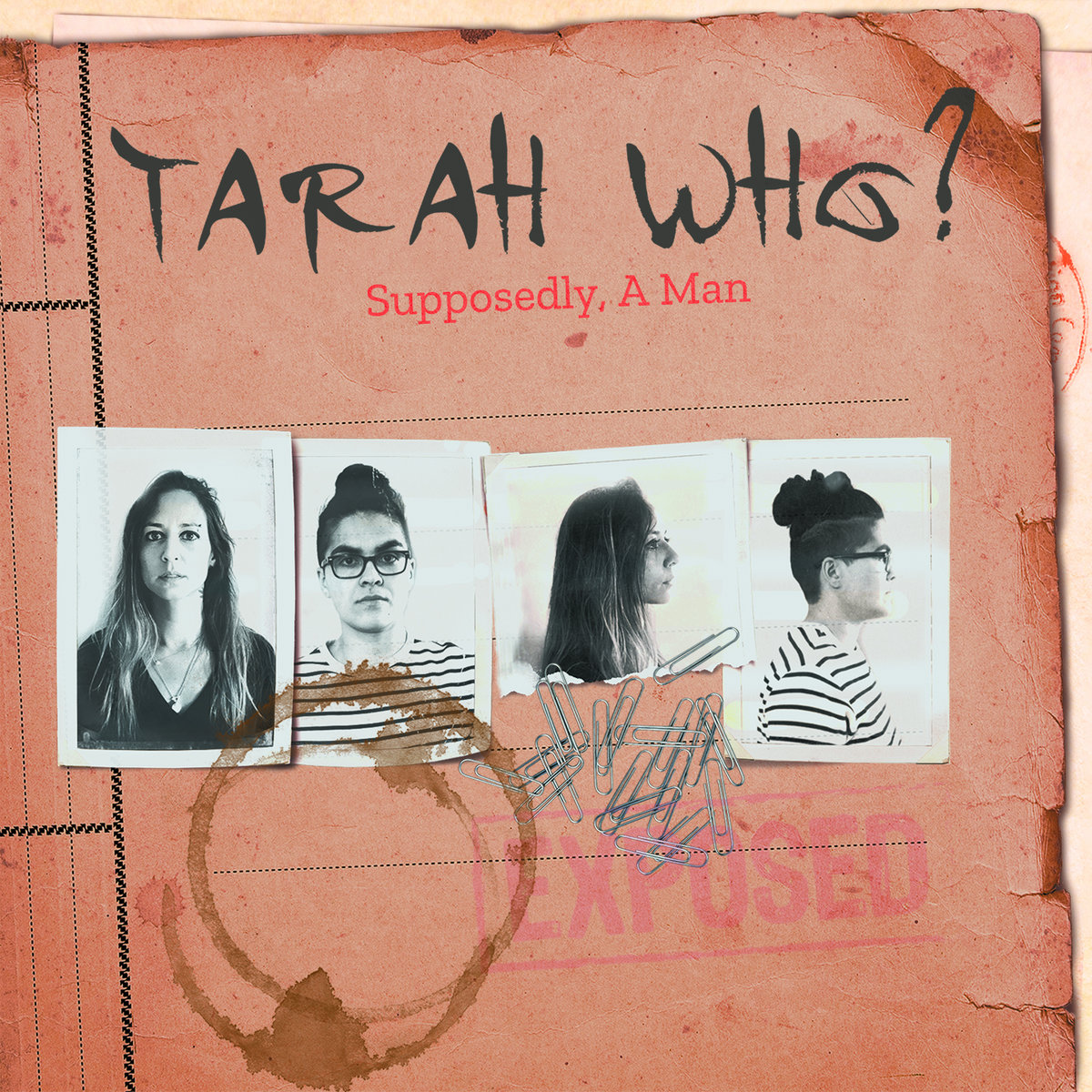 Tarah Who? “Supposedly a Man”

Tarah Who? don’t play childish pop-rock devoid of stylistic originality, and although their sound borrows a lot from the grunge, noise-rock, and gutter punk of the PNW underground, it’s hardly the result of carefully planned recreation. Born of aesthetical ambitions that cross Sleater-Kinney with The Gits, Invisible Boss, and Scratch Acid, Tarah Who? defiantly rock us with a tizzy of new noise in their new single “Supposedly a Man” this September, a scathing assault on male toxicity as it stands in an allegedly post-neocon society. Lyrically searing but centered on the visceral cut of its sonic presence, “Supposedly a Man” seeks to inject millennial melodicism with a much-needed dose of primal rock n’ roll rebellion, and it’s easily one of my favorite new alternative cuts to debut this fall.

One of the most saccharine elements of the modern surreal pop movement has been the feigned support for social concerns that the punk community has been discussing for the better part of the last fifty years, but this single features no such fronting in place of smart lyricism. The poetic value of this track, and really everything that Tarah Who? has released to date, isn’t defined as much by the substance of what’s being said, but how the words relate to the backdrop being created through the instrumentation. This single is a two-way street, cultivating angst and anxiety on one side and ensuring us a path to righteous catharsis on the other, the guiding light between being the players themselves.

I love that “Supposedly a Man” isn’t saturated with overindulgence on any front, particularly with regards to how its narrative is produced. As far as the production quality is concerned, by staying out of the way of any grit and texture naturally created in the mix, we get more of a concert-like sound in this recording than we would the typical rock release hitting store shelves and streaming sites this autumn. Tarah Who? definitely aren’t interested in preserving presence through plasticizing their sound, and to me, that’s one of the biggest reasons they need to be celebrated as a one-of-a-kind act amidst a sea of posers in 2021. After all, when mainstream critics are calling Machine Gun Kelly punk, a product as sterling as this is worthy of an even greater title.

For all intents and purposes, Tarah Who? are dead-set on changing the narrative for the alternative rock scene in this emerging decade, and judging from the blood and sweat they’ve put into “Supposedly a Man,” they aren’t wasting any time getting right down to business this year. There hasn’t been much rock worth writing home about out of the underground or the mainstream the same in the past nine months, and considering the anti-insularities of this piece in comparison to what a lot of other bands have been recording in the wake of the pandemic, I don’t see many true-blue rockers resisting what Tarah Who? are serving up here. “Supposedly a Man” is uncompromising and fearless, much like the artists responsible for its creation are.