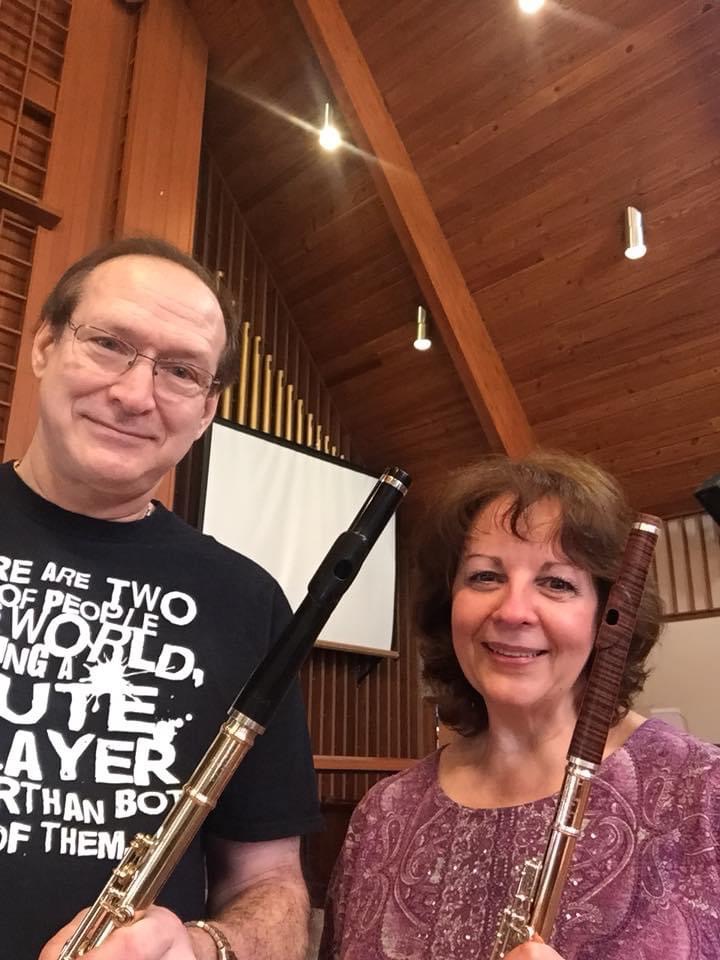 “Take On Me” will surprise more than a few listeners. Patricia Lazzara, Steve Markoff, and piano virtuoso Allison Brewster Franzetti have tackled this sort of improbable songwriting before with their recent version of Cutting Crew’s 1980’s hit “(I Just) Died in Your Arms Tonight” and continue indulging their penchant for the era. They pick one of the era’s defining pop songs, A-HA’s “Take On Me”, and make this relatively bold move pay off with one of the most elegant instrumental works in recent memory.

Bringing alto flute, concert flute, and piano together as a trio with world, classical, and pop influences colliding sounds like a stylistic mishmash. It’s far from that in the trained hands of these musicians. It’s often the case with extensively schooled musicians that a certain pizazz is missing in their playing, they are too academic, but there’s none of that here. The most important component for many will be the interplay between the musicians, especially Markoff and Lazzara, and it has a balance between their parts that never fails.

It’s easy to love the heights Franzetti scales with this song. Her playing has spontaneity despite the cut’s clear structure; it’s a measure of how deeply involved she is in the moment. There’s always restraint guiding her contributions, however; and it helps shape their take on the song into a more focused effort. It sounds like the three musicians began the recording process with a clear idea of what they wanted to achieve but there’s no straining for effect.

D. Varelas’ arrangement is one of the recording’s highlights. The build of the song has no choice, really, but to veer away from the original without ever rendering itself unrecognizable but it’s a gamble. The arrangement and interpretation of “Take On Me” could land flat. However, it doesn’t because Varelas and the musicians recognize the driving strength behind this track is its melodic virtues. Varelas’ arrangement puts the spotlight on them without ever short-changing other elements.

Many will love how the production gets the instruments down. The piano and flutes alike are bell-clear and there’s obvious attention paid to weaving their lines together. It has a light swaying quality that may remind many of clouds wafting across a wide-open sky. Getting these sorts of effects into a song renowned for its relentless pop pulse far more than nuance and deep feeling is one of its most impressive achievements.

It is another achievement to revive this song, seemingly chained to its time, for a younger audience without any of the attendant baggage. Many listeners will encounter this track without any preconceived notions and the original takes on a new luster. No one will believe it was their mission to rehabilitate A-HA’s reputation, but it has that effect. It’s a song serious-minded music fans can enjoy but those simply wanting to hear some entertainment will enjoy as well. The trio’s forthcoming new release promises to follow up on the promise heard here and will undoubtedly garner attention. It is an instrumental, but it offers a lot to any listener with an open mind.

The music of Steve Markoff & Patricia Lazzara has been heard all over the world in partnership with the radio plugging services offered by Musik and Film Radio Promotions Division.  Learn more https://musikandfilm.com