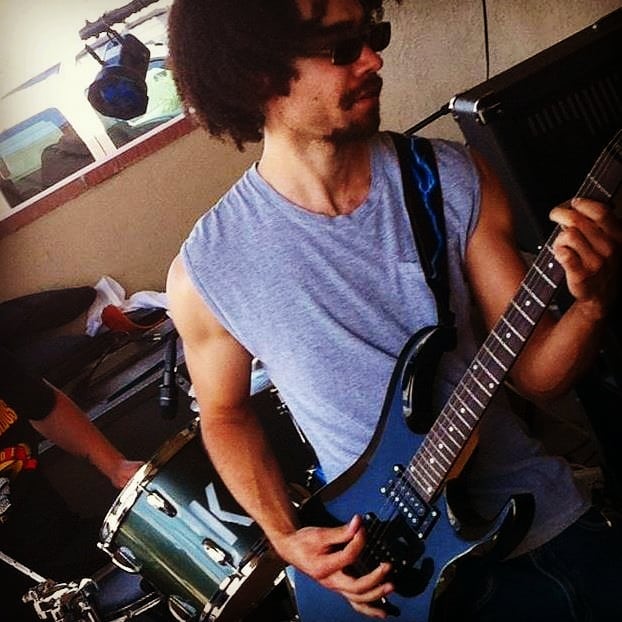 A sizzling lead guitar slices through the silence effortlessly whilst a bassline bludgeons us with a weighty groove made all the more punishing by a nearly drumbeat in “Not Over,” but while Strings of Atlas take a slightly different approach to sonic destruction here than they do in “Gone Away,” the two songs are bound together by a heck of a lot more than the tracklist of SOA’s new record How Far We’ve Come Alone.

Whether it be these songs or the vicious title cut in How Far We’ve Come, Strings of Atlas and their frontman Atlas Cage seem bent on paying homage to the rock gods while exploring an uncharted territory all their own in this latest release, which despite not officially dropping for another couple of weeks is already stirring up a ton of buzz among critics lucky enough to score a pre-release copy (myself included). Cage leads his band into battle like an old world general determined to conquer all that comes before him, and for my money, his performance here is an unbeatable one among independent rock acts this season.

Atlas Cage’s fretwork is always at the forefront of our attentions in this disc, but there’s no denying the immense contribution that the other components in the music here make to the overall heaviness of the record. The bassline is an impenetrable wall of white noise shaped into a melodic undertow in “Gone Away,” while in “Not Over,” the percussive parts take on a life of their own, both cushioning Cage’s vocal and jettisoning away from the rhythm of the strings to create a bit of contrast on the bottom end of the mix.

The singing, more often than not, contextualizes the tension rendered by the instrumentation instead of defining the narrative of any given composition (which is the standard in both rock and metal), and while all of the material on this EP was well-produced and anthemically stylized, it definitely makes me curious about seeing Strings of Atlas live at some point. They show off some mighty chops here, but I can imagine them being even more impressive on stage before a crowd of cheering fans.

I’m just getting into Strings of Atlas’ deeper discography, but after falling in love with the brutality they dispense on How Far We’ve Come, I intend on keeping them on my radar from here on out. In a lot of ways, Atlas Cage is picking up the pieces from where a lot of hard rock bands dropped off in 2010 (mostly to pursue other avenues of music in the name of financial success over creative preservation) with his work under this moniker, but I’d stop short of saying that he’s carrying someone else’s torch forward. How Far We’ve Come is ironically titled in that it both references the growth of SOA and presents a blunt commentary on where rock n’ roll is at these days, and if it’s indicative of what this band is going to be pounding out through the next few years, I doubt this will be the last time you see their name in the headlines.