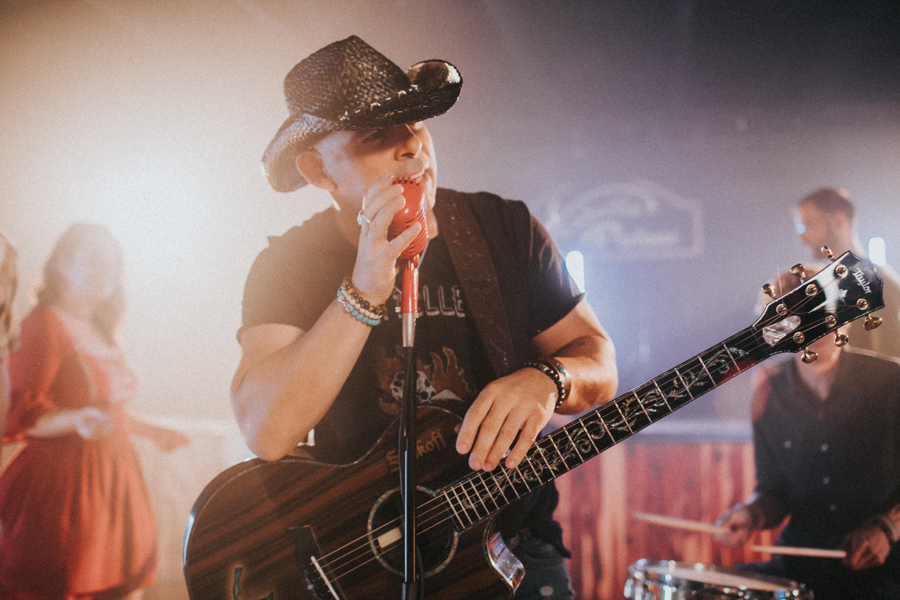 Warm, provocative and full of a vitality that is all too hard to find in Nashville nowadays, the strings that come plowing through our stereos in Stokoff’s new single “Embrujo” are just as critical an element as any other in the master mix is and, at times, they are the most communicative component outside of Stokoff’s country croon. Though not quite virtuosic or riddled with an all-out rock n’ roll beat, “Embrujo” toys with an adrenaline-laced groove and some stadium-shaking instrumentation that could qualify as being the most intense of any to bear the Stokoff moniker in the last half-decade.

You don’t need to speak Spanish with any sort of fluency to feel all of the passion in the lead vocal here, and I think that, in this sense, this single is a good example of how transcendent music can be when it’s performed by the right player. He’s got the familiar country twang that we all know and love in traditional western music, but its textured with a Latin exoticism that many have tried to incorporate into the genre prior to now, but very few (if any at all) have actually found any level of success in attempting.

The master mix is a little cluttered for my taste, but I don’t think that this hurts “Embrujo” to the point of its charm getting lost in translation somewhere on the soundboard. In the grander scheme of things, I would like this mix to be as well-designed as the video for the song is, but to me, it feels like it was put together with the intention of spotlighting the vocal harmonies without any of the much-needed attention afforded to understated parts like the drums and guitar. It’s not Stokoff’s best look, but don’t get me wrong – the substance of his songcraft is still left intact here.

I will also say that I thought the lead vocal could have used some better equalization, mostly during the chorus of the song. When I listen to Stokoff, I want to be blown away by all of the emotion in his voice, and it seems like some of that is absent from this hook’s most daring moments. “Embrujo” is still a really cool composition, but I think that in order to really appreciate all of its detail and artistic intricacies, I would have to hear it performed on stage by the man himself somewhere.

All minor flaws aside, country fans can’t go wrong with checking out Stokoff’s latest work this November, as it’s not only stirring up a lot of excitement in the underground but stoking a mainstream flame as well. The last decade has been one of the most transformational in all of country music’s existence, and as artists like Stokoff begin to find their way into the hierarchy of the genre, all without ever drawing from the well of its most frequently referenced forerunners, I think we’re going to begin hearing a new wave of American music more befitting of our modern times. It’s time for country to grow with the nation that created it, and to some extent, that’s why “Embrujo” is such a standout this season.