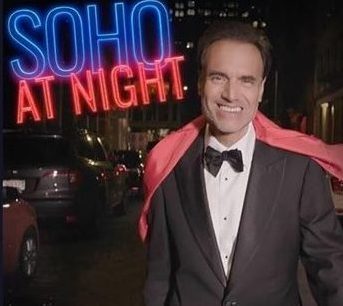 As a producer, philanthropist, entertainer, and businessman, SohoJohnny makes things happen which tend to light up the world and make even the plainest faces come alive with promise. Sohojohnny continues his portal to happiness by launching the debut episode of his new television talk show “Soho At Night” on Glewed TV.

SohoJohnny has a celebrated and authentic way of bringing out the best in people. His lighthearted spirit and non-contrived interviews bring to the table viewpoints you wouldn’t usually experience during a normal talk show. His complete joy in hosting the show is outwardly apparent and very welcomed.

Glewed TV can be viewed on all of your favorite streaming devices such as Apple TV, Roku, Chromecast TV and Fire TV or on your Smart TV (Samsung, LG, HiSense, etc.).