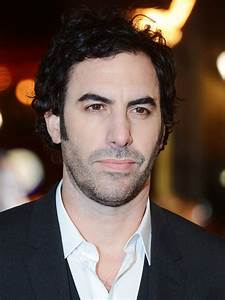 Posing as Israeli anti-terrorism expert Colonel Erran Morad, the Brit suggests American schoolchildren should be armed with weapons – and Van Cleave, not realising he is speaking to the prankster, agrees.

“We’ve been pushing something along this line for years but really haven’t gotten any traction,” the Virginia Citizen’s Defense League president tells the interviewer, adding he and his associates wanted to start arming kids as young as 12 in a bid to stop school shooting massacres.

Morad then explains his son was killed during “the very first programme”, prompting Van Cleave to state, “Yeah, they haven’t quite developed what we call conscience, where you feel guilty about doing something wrong… If they haven’t developed that yet, they could be very effective soldiers.”

He also boasts about “killing” a bill that would have prevented four to 12-year-olds handling guns.

Cohen, in character, then persuades his guest to help him film an instructional video, titled, “Kinder Guardians: How to Protect Your Preschool”.

Unbelievably, Van Cleave starts off the bogus educational video by saying, “Today, we’re going to teach you how you can protect these naughty men and have them take a long nap!”

He then demonstrates how to load a pistol with a toy puppy’s head strapped to the barrel.

Van Cleave isn’t the only high-profile American who has fallen for one of Sacha’s Who Is America? pranks – politician Sarah Palin walked out of a bogus interview with a man she thought was a U.S. war veteran called Dr. Billy Wayne Ruddick, Jr.

Palin took to Facebook last week (7/9/18) to reveal she was tricked into sitting down with Cohen’s alter ego.

“Out of respect for what I was led to believe would be a thoughtful discussion with someone who had served in uniform, I sat through a long ‘interview’ full of Hollywoodism’s disrespect and sarcasm – but finally had enough and literally, physically removed my mic and walked out,” Palin wrote. “The disrespect of our U.S. military and middle-class Americans via Cohen’s foreign commentaries under the guise of interview questions was perverse.”

She also alleged that Cohen’s production team dropped her off at the wrong Washington, DC airport after the fake interview “knowing we’d miss all flights back home to Alaska”.