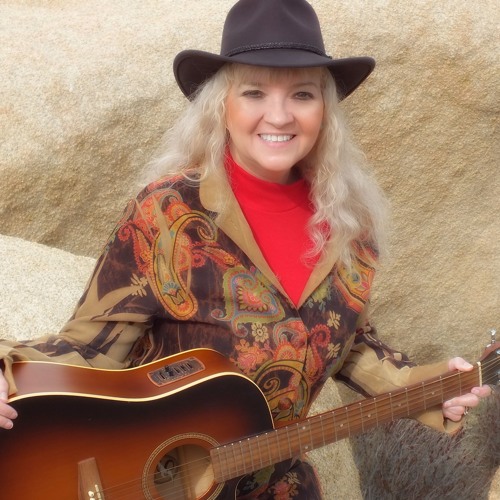 Luanne Hunt doesn’t need extra bells and whistles. She doesn’t require extra autotune or the latest sample. Her voice and a few backing instruments are as powerful as arena full of voices in the profound single “We Rise”. Hunt, one of indie music’s hardest working trailblazers, shines, as always, in her newest release.

Over the years, Hunt has charted numerous country songs on various US and European independent charts. “Christmas Without You”, one of her most successful singles, hit No. 1 on the European Country Music Association chart in France, Denmark and Austria. Sweden’s largest daily newspaper would go on to call “Christmas Without You” one of the Top 25 Christmas songs of all-time. Hunt, originally from Pennsylvania, is based in Las Vegas.

The first few moments in “We Rise” are soft reminders of gathering thoughts. As the piano keys begin to play, an airy, mood starts. A warm, acoustic guitar brushes against the piano. It’s almost as if it’s the sound of seeing a Disney meadow for the first time. All the green is as green as you’ve ever seen, all the blues are the bluest you’ve ever witnessed. Breathe in. Breathe out. Hunt’s voice is high and lovely. She’s not a caricature of a Disney princess or songstress, but there is a mousy sound in her voice. She’s light, she’s fun.

She’s also endearing. Her voice moves above the piano with each lyric. “Find purpose in the rain” she reminds. That line calls to mind the idea that as much as we think our plans are being rained on, or it’s a dreary day, she’s saying that the grass needs the rain, the flowers need the rain. The rain has purpose. And, we will get through the dark days, and there might be many gray days. “Sing songs about healing and love” she kneads into the listeners ears. I surmise what she’s saying here is that you should be positive and not go around being a toxic personality. I have to say I’ve been guilty of that on numerous occasions, complaining like it was an Olympic sport. I have to change my attitude and well, rise up (and wise up). This song gave me that joy and that simple reminder.

“We rise”, the song’s chorus, is anthemic. Just under Hunt’s emphatic voice are the sounds of many, a plethora of humming that creates a balloon of sonic bliss. The balloon never pops, but rather keeps going up, up, up and away. “We Rise” has such simplicity, but a powerful and poignant message. I felt awakened and energized after just the first listen.

Fans that love the Andra Day song “Rise Up” should take a chance on Luanne Hunt’s “We Rise”. Listeners that prefer the 60s magic of “Age Of Aquarius” might even dig this tune. I’m positive that Hunt’s country fans will stick with her and love “We Rise”. The need to feel something, to connect with the listener is definitely present in Hunt’s tune. She’s crafted a song that is inspiring and entertaining.

The music of LUANNE HUNT has been heard all over the world in partnership with the radio plugging services offered by Musik and Film Radio Promotions Division.  Learn more https://musikandfilm.com