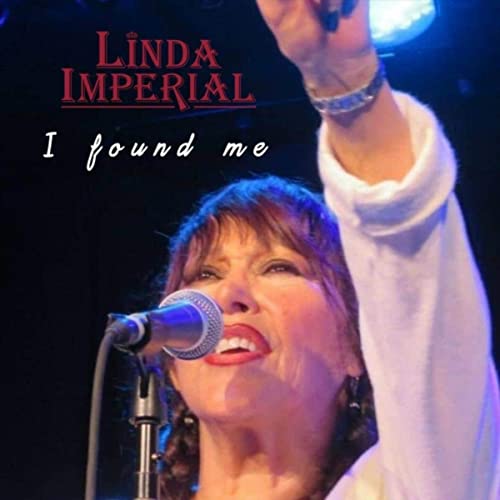 Rousting us from the quarantine-induced slumber much of the music industry has been left in these past eight months, Linda Imperial seems to be a woman on a mission in her new single, the blues-rocker, “I Found Me,” as it takes her no longer than the song’s first thirty seconds to ignite a fire that will soon burn like a wildfire gone out of control. Imperial has so much tension behind her lyrics here, so much anguish she seems to be intent on abandoning between the start and conclusion of this single. But only through a disciplined string of emissions through verse and virtuosities of harmony will she – and the audience – find a catharsis so desperately sought by so many.

There’s some pressure coming off of the bassline and the percussion jointly here, but it’s tapered by the fragility of Imperial’s voice, which seems to have its most dynamic moments when the instrumental portion of the music reaches an ebbing point. Imperial is very careful about how she spreads out a climax, and while she isn’t stingy with the eruptive emotionality in the chorus of the song, the rest of the time she plays a far more mysterious part. Her role isn’t one of the dusty troubadour looking to expel a lot of excess tension through words and music together, but instead the temptress on the stage of the club, leaning into the mic only when she has a remark she wants to emphasize with tone over actual volume.

While it might be said that Linda Imperial was thinking about retro rhythm and rhyme when she sat down to structure “I Found Me,” I think it’s also pretty clear that she was thinking about empowerment and swagger among her fans as well. With her message here, Imperial attacks the notion that it has to come from cosmetic victories in life. She’s espousing the need to believe in yourself in “I Found Me,” and that’s a narrative I think we could all use a lot more of right now.

“I Found Me,” featuring several local San Francisco bay area musicians and produced by noted producer/engineer Joel Jaffe (Roy Rogers/ Ray Manzarek, Bonnie Raitt, Maria Muldaur), is a bit longer than most of the similarly-stylized singles I’ve been reviewing in 2020, but it doesn’t come anywhere close to tripping into bloated territory. For the most part, Linda Imperial gives us every reason to believe that she has a lot of gas left in the tank as she enters another decade in her career as a professional musician in this single, and even if she doesn’t top the charts with “I Found Me,” she still solidifies her credibility beyond debate. I came into this with some high expectations, and I’m pleased to say that she lived up to most all of them.