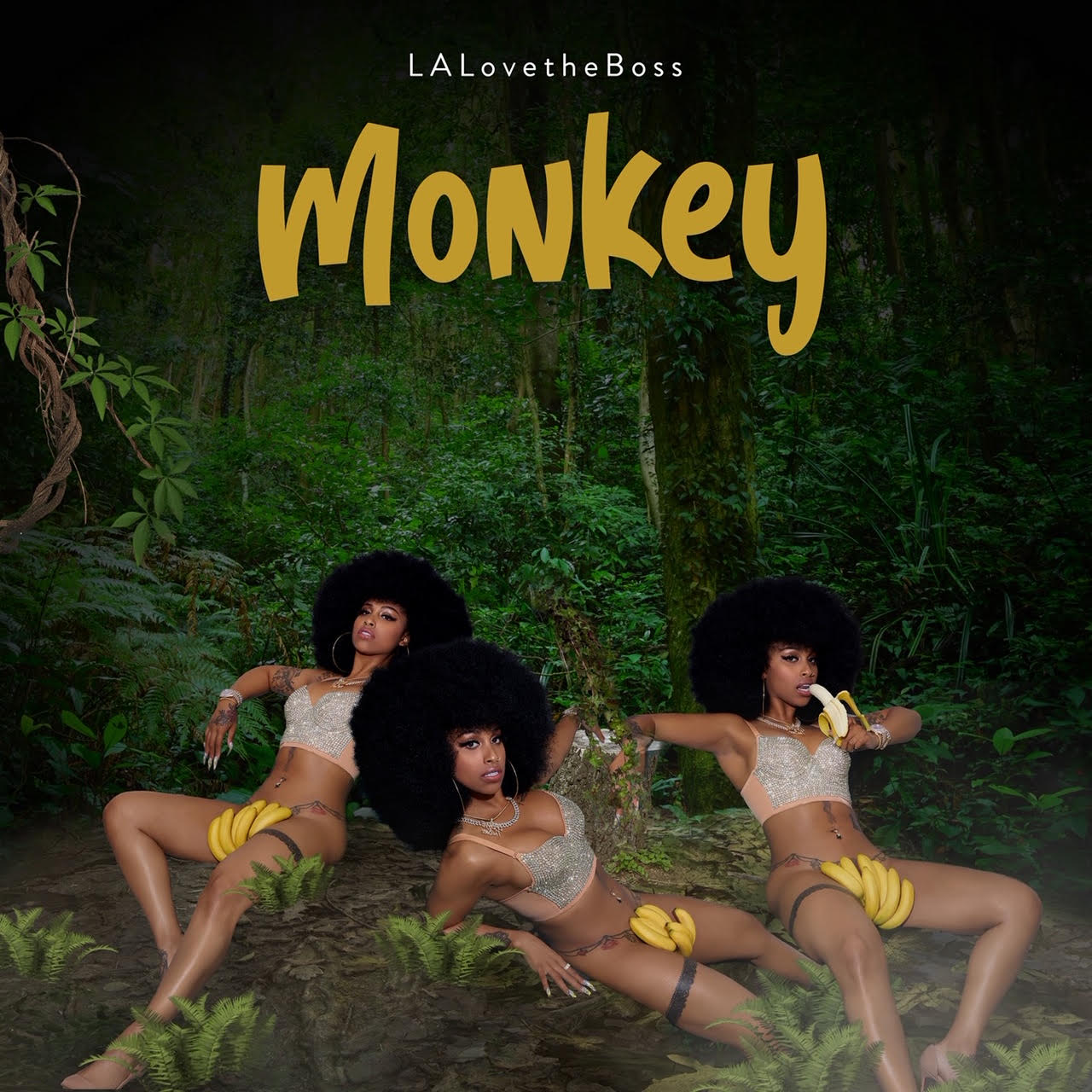 Atlanta, GA: LA Love The Boss released her debut single “Monkey” in May 2021, and fans have been anxiously awaiting its music video since. An ode to female empowerment and sizzling summer energy, the “Monkey” music video exclusively premiered at her release party in Atlanta June 30th. Following the premiere, LA Love The Boss listeners everywhere will be able to stream the highly anticipated production on YouTube. In the video, we can expect to see LALoveTheBoss’ bold dance moves on full display.

“My new video for ‘Monkey’ is bananas and it can’t be a monkey without a jungle,” said LA Love The Boss. “The concept of the music video is just a lot of flavor. It’s us just being in our natural essence as women. I really just stepped out of my comfort zone.”

Filmed in Los Angeles and Burbank, the video was inspired by the digitized, green screen world of arcade games. The concept of the video, which follows LA Love The Boss through a series of virtual reality-like experiences, perfectly combines head-turning colors and unapologetic sexual innuendos. The neon visuals and cartoon-like aesthetic will make you feel like you stepped straight into the world of an M-rated video game in the best way.

Much of the visuals are thanks to costume designer Lor-e Philips, who dressed LALoveTheBoss in stand-out ensembles. The “Monkey” music video was directed by Karla Escobar, and the creative concept was thought up by Steve Nguyen, Alease Garrett, and LA Love The Boss all of which helped bring the lyrics to life on camera. Catch the release of the “Monkey” music video starting June 30, 2021 on YouTube. Stream “Monkey” now on Spotify, Apple Music, and other streaming platforms. Stay updated on LA Love The Boss’ upcoming drops, exciting announcements, and exclusive content by joining her community of more than 3.6 million followers on Instagram @LALoveTheBoss.

About Boss Made Records:

Led by Founder, President and CEO LALoveTheBoss with her manager, business partner, and manager Alease Garrett as COO, Boss Made Records (BMR) is “the MoTown effect in the new millennium.” LA Love The Boss had always wanted to create her own record label because ownership is one of her core values. The past year finally gave her the opportunity to turn that dream into reality. Boss Made Records is an industry leader in fighting for artist, songwriter, award-winning music producers, publisher and record company rights. BMR label to align artists with 3X Grammy Award-winning music producer Darius “DEEZLE” Harrison and Eric “88Fingaz” Parham of the Box Bangers and a variety of hit makers. Boss Made Records is made to be all-inclusive, offering everything from creating music, music videos to artist development, and media training. Boss Made Records features artists from an array of backgrounds, stories, and genres including hip-hop, R&B, to Pop and Alternative