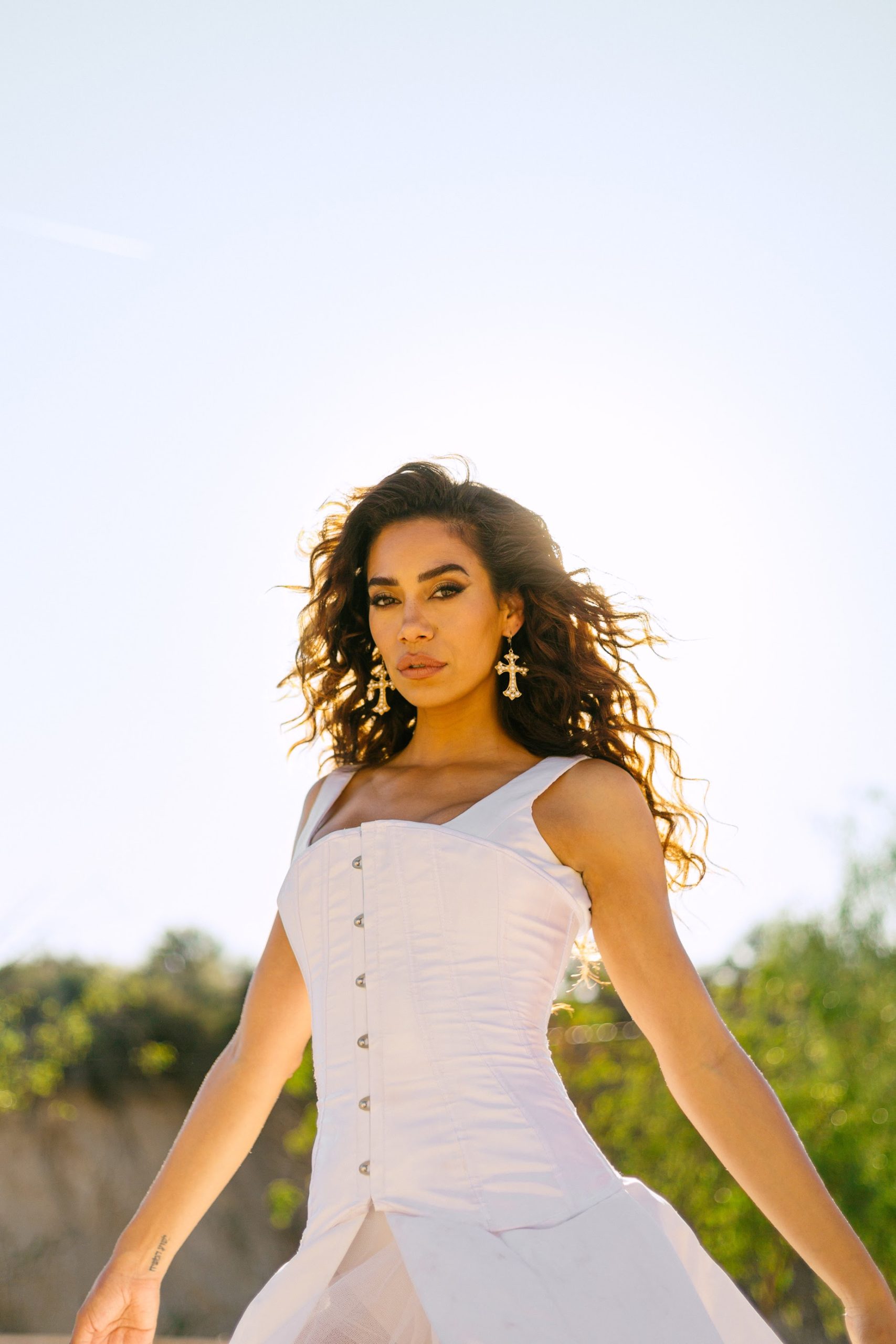 Amy Correa Bell has released her latest single and accompanying video, “Anyways”. The song
(produced by Beat Ventriloquists) and accompanying video (directed by Valentina Vee) are a
follow-up to her 2019 solo EP, “AMY818”. This track shows a more mature outing from her
previous releases, with raw and personalized lyrics evoking the challenges of living in a
committed relationship. The video features stylized choreography, while the cinematic imagery
and story take the viewer through scenes showing the highs and lows couples often experience.

She has evolved from group-oriented performer to solo artist, and her new release “Anyways” is
the sign post between her past releases and future work. Her vocals drip with emotional
vulnerability and the analog synth influences harken back to 80s soundtracks with a “Stranger
Things” future feel.

Eager to share herself creatively on stage and in studio, Amy has gained notoriety while
captivating audiences with her unique voice and infectious, upbeat energy. With musical
inspirations like Michael Jackson, Madonna, New Edition, Nirvana, Sting, and No Doubt, her
sound can be described as a mesh of her inspirations – 90s Alternative, Hip Hop, Alt R&B,
Electronic, and Iconic Pop from the 80s onward. Her ability to fuse styles has made her music
both fresh and nostalgic at the same time.

Amy, proudly Latina and native to Southern California, claims her roots in the Equestrian Area
of the San Fernando Valley, honoring her influences from this region: Ritchie Valens, Danny
Trejo, and Patrick Swayze.

Her parents played a pivotal role in her early years, encouraging Amy in all of her dramatic and
musical pursuits. In addition, her two older brothers, both DJs and Producers in their own right,
had an influence in exposing Amy to the best of music, while guiding her path as a singer and
musician.

As a child actress in the film industry, her first record deal with all-girl pop band Gyrlz Society in
2000 was a natural progression from her early acting career and provided invaluable experience
in the studio and on stage. Success kept Amy busy as she performed and toured in multiple
pop-punk bands and later transitioned into solo artist in 2018 with her debut single “Gold”
featuring Ricky Bell of New Edition and Bell Biv Devoe fame. As a master of his trade, husband
and mentor Ricky has guided Amy in the discipline and craft of song creation and performance.

She is currently working on her newest music, with plans to release some versions in both
English and Spanish to show off her incredible range as a global artist.

Amy’s work stirs up nostalgia, and allows the audience to participate in her growth as an artist
through her music releases. Fans across the globe experience Amy Correa Bell, a triple threat
who enjoys melding all of her talents into the artist she has always dreamed of becoming.