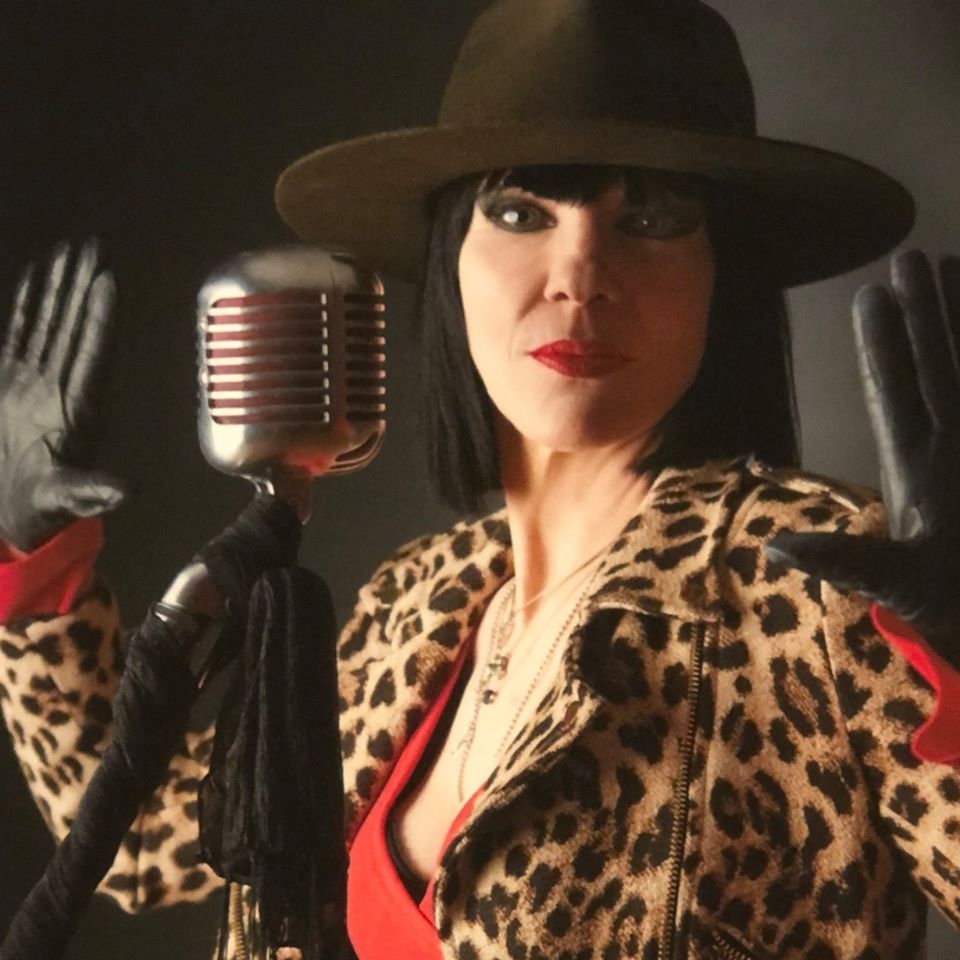 Chugging out of the silence with a furious swagger that will only grow with the grooves soon to follow, Kerry Pastine & The Crime Scene waste no time sparking up an evocative flame at the onset of their new single “City of Love” that is capable of burning long after the song’s three and a half minutes of melodic lashings have come to a brooding conclusion. There are a couple of really interesting elements competing for our attention in this introduction to the track, but among them all, it is only the drums that capture the lion’s share of the limelight. They effectively set the stage for a tortured serenade from Kerry Pastine just about to enter the mix like a hazy morning fog towards the end of the autumnal season.

Pastine has always had a really good singing voice, and she taps into her more carnal side in this single to give us an eroticized performance that gets our hearts racing right from the get-go. She penetrates the instrumental picture with a lot of raw confidence that slowly but surely erodes to reveal a vulnerable, totally exposed songstress in the eye of a sonic hurricane. She’s got nothing to hide from us in her words, but there’s a mystique to her delivery that makes for quite the hot pursuit between audience and artist in the next few minutes, the most climactic of which will come under the firm direction of Pastine’s one of a kind vocal.

The Crime Scene pull their own weight and then some in “City of Love,” illustrating their compositional depth and pummeling us with some of the most abrasive tones they’ve ever committed to master tape. Their masculine strut contrasts with the deconstructed croon of Pastine on more than one occasion here, but I get the feeling that this was totally intentional on the part of the band; in doing this, they afford us a crucial opportunity to feel the girth and physicality of their sound without ever having to leave the comfort of our own homes. Even though I haven’t seen them live, I don’t think I would have to in order to understand how powerful an act they are – they give us the whole nine yards in “City of Love,” which is difficult for any artist or band to accomplish inside of a studio’s four walls.

“City of Love” clocks in at less than four minutes, but for what it lacks in quantity it definitely makes up for in quality. This feels like a much more elaborate song than it actually is, and in an age where minimalism has become the most popular trend in pop music, it doesn’t seem so outrageously excessive that its core sound would be repellent to the typical indie rock disciple. Kelly Pastine & The Crime Scene have still got a lot of room for growth and artistic development as they shift gears for the next decade, but if they can find a way to strike more of a balance between their DeVotchKa-style exoticism and the neo-soul framework that they utilize in performing more than any other, they could end up influencing a lot of other groups with their music in the future.