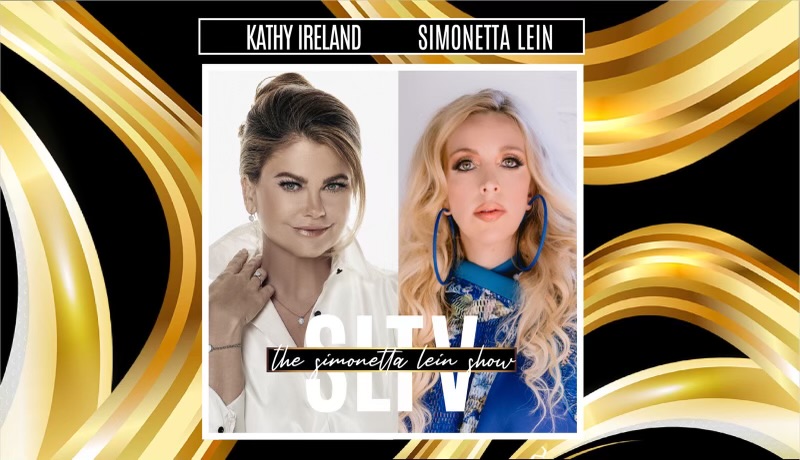 Kathy Ireland Guests On The Simonetta Lein Show On SLTV

As #TheSimonettaLeinShow continues its 5th season, the show welcomes Supermodel turned Super Mogul, Kathy Ireland! Today Kathy is the Chair and CEO of Kathy Ireland® Worldwide, listed as one of the top 20 most powerful licensing brands in the world by License Global! Kathy’s iconic modeling career began on covers from Vogue to Cosmopolitan, while she also holds the title for bestselling swimsuit cover of all time for Sports Illustrated! Following her exponential career success as an entrepreneur, Kathy has since graced the cover of Forbes Magazine more times than any other. She is a fearless human rights advocate whose continuous work, support, and lobbying on behalf of oppressed minorities has also earned her the International Religious Freedom Champion Award. Kathy joined The Simonetta Lein Show to discuss how she built her empire from the ground up, her dedicated work to protect the children of our world, and the effects true faith can have on a person’s journey. Tune in!

Simonetta’s prominent profile on Instagram has earned her more than 14 million followers, and she continues to grow her following by demonstrating her commitment to making a difference in her adopted city of Philadelphia and all around the world.