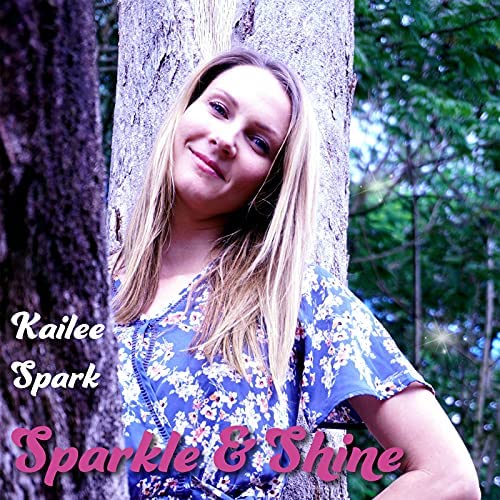 From the picturesque beaches and backroads of the Hawaiian Islands, Kailee Spark is inviting us on a swinging summer vacation in her new video for the song “Sparkle & Shine” really too tempting to be resisted this season if you dig good pop music. The visuals of the music video feel quaint and pastoral despite the exotic locale, and I think this is because of the gentle delivery Spark affords her melodies in the background. It feels like a home movie, a memory if you will, that we’re witnessing unfold in real-time, set to the beat of a song made to rekindle the excitements of summers long gone.

Compositionally, “Sparkle & Shine” is a raucous alternative pop/rocker that doesn’t need more than the roar of acoustic guitars and a collective harmony led by Spark herself to sound big enough to fill a colosseum. The energy in the play is what gives this track all of its vitality and not some kind of synthetic filler invading the melodies and bolstering the climax of the song with embellishments we never needed in the first place. This is a singer/songwriter who leaves sonic junk out of the equation in her music, and other players in her scene could really benefit from doing the same.

The drums are pretty subtle compared to the other components of the master mix here, but I don’t think thunderous percussion would have done anything to advance the narrative Spark is trying to develop in “Sparkle & Shine.” Just the fact that the groove is as powerful as it is here speaks to the chemistry of the players sharing a studio and recording this track, under the direction of Spark herself, and a big set of drums would have clouded our view of that chemistry beyond any realm of acceptability in my opinion.

She’s only got two singles to her name, and already Kailee Spark is rocking great streaming numbers and a reputation in the press that a lot of her peers would do just about anything to acquire on their own. “Sparkle & Shine” lives up to the standard she set for herself in the debut hit “Passageways,” and if its easy-going rhythm and powerhouse folk harmonies are giving us a sneak preview of what the next release in her discography might consist of, I would have to say that the singer/songwriter renaissance of the late-2010s/early-2020s is far from over. On the contrary, by my assessment, it might have just gained a leader worth listening to.