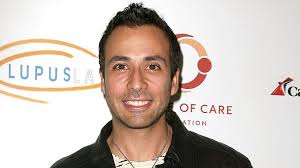 Backstreet Boys star Howie Dorough is encouraging the members of ‘NSYNC to regroup for a joint tour with his band.

Lance Bass and three of his bandmates reunited for a performance with Ariana Grande at the Coachella festival in California last month (Apr19), but insisted it was very much a one-off – and now Dorough is trying to change his friends’ minds.

“I’ve definitely talked with Joey (Fatone) before about us doing something,” Howie tells Entertainment Tonight. “I’ve even encouraged them to go on themselves and keep performing. We were once four. I’m like, ‘Dude, if we can do it the four of us, so can you!'”

The Backstreet Boys were forced to become a quartet after Kevin Richardson took a break from the boy band in 2006 to focus on his solo career. He returned to the group in 2012.

Justin Timberlake has made it clear he’s not interested in an ‘NSYNC reunion and he was not onstage with his bandmates at Coachella.

“Obviously Justin was a main lead in that group, so I know it’s a little bit different,” Dorough adds. “With Kevin or myself, back in the day, it (wasn’t) as hard to go on as four. If it was Nick, AJ or Brian who had left, it might have been more challenging.

“But I still think that there are fans out there, who would love to see them and who would hate for them not to continue on just because one other person is doing his own thing. I’m always encouraging them, and all the other groups from the past that are out there too. I feel like nowadays we only help each other continue the pop scene and the nostalgia.”