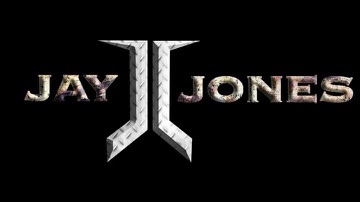 Jay Jones Cranks Up His Music and Engines in Latest Video

He’s been nominated this year for Southern Rock Group of the Year and Southern Rock Vocalist of the Year by the Josie Music Awards, taking place this October at the Opry House. In Nashville. He’ll also be performing at JMA Fest. And yet, Jay Jones is busier than ever, ready to deliver something new and innovative. That’s  a word you hear a lot when talking with Jones and his manager Chris Gabel, Owner of Deep South Entertainment LLC.  It’s something they both strive for in their work. The creative duo are always asking themselves what experimental tweaks they can add, when it comes to Jay’s music and performances. AND that also pertains to Jay’s latest video FULL THROTTLE. Jones says, “As a manager, Chris is always challenging me. But he challenges himself more than anyone. He spent hours combing over very shot for the video to make it stand out… each time looking for ways to make the project even better. The feedback from the fans has been extraordinary.”

Those fan numbers continue to grow, due in part to Jones’ live performances, which are described by his team as Hank JR 2.0.  Jones says, “Our shows are very high energy. That makes a big difference. People are looking to be entertained.”

The rat rod cowboy has been part of entertaining people in one form or another for some time. He managed night clubs in the 90s, booking artists like Rhett Akins, Gary Allen, Trace Adkins and Jimi Jamison. “I knew by being around these guys and their teams, that I wanted to perform. And eventually I did just with a local band for about 7 years.”

Fast forward to Jay going into the studio to record a solo project with Grammy nominated producer Justin Rimer. And In 2018, Jones released his first album “Country Boy Proud” He combined both Country and Rock to create what he calls “Head Bangin Country”

And now Gabel and Jones have exceeded the hype around Jay’s new video “Full Throttle”. We ask Jay about the process and to gain some insight into Chris’s creative madness!

Jay did you have a favorite scene in your new music video Full Throttle?

What’s some of the feedback you’ve gotten now that the video has been released?

We’ve received ALOT of very positive feedback on the video. People are really digging on the videos, they like the high energy. The cool cars, bikes, trucks all help out and bring something unique.

How did the song itself, originate?

Full Throttle was originally two completely separate song ideas that I had. I went into the studio, Justin Rimer (producer) and I were going over things and he said, Those aren’t two half done songs, that’s one complete song… We worked on putting it together and actually had it just about done in a couple of hours.

How did Chris Gabel (Jay’s manager and video producer) approach you about the concept?

One thing I love about working with Chris is how well we work together, it wasn’t “his” idea and it wasn’t “my” idea…. It was a collaboration of ideas. We planted the seed for this video with Country Boy Proud, we knew we wanted it to be somewhat of a continuation. We had a basic idea for the video, which both of our ideas were similar. Monster trucks & Mororcycles…. Throw in fireworks and a 30 foot bonfire and you’ve got a video!

Let’s go back a bit. How did you and Chris Gabel start working together?

I was working with another management group and Chris was a promoter putting together a show that they had put me on. My management (at the time) told me to send over my rider for the show. I made up a rider that was a little far fetched, as a joke, sent it over. He called Derrick (my management) and asked, “is this guy serious?” We connected and talked on the phone, and we’re instantly friends. We have the same kind of smart ass twisted humor. The pandemic hit and the show got put on hold but Chris and I stayed in touch and ended up working together and re-releasing my album under his company, Deep South Entertainment.

This is the second video you and Chris have done together. How different was it this time around, when filming?

We knew a little (very little) more than we did after CBP. We took what we learned from that video and added, just like we learned from this and know more for our next video shoot. It was a couple of long days and hard work but we also have alot of fun so that helps while filming. As I said earlier we both have the same vision and ideas on our videos so that helps tremendously. We’re not wasting time and energy arguing over this or that. Everyone shows up, business minded, knows we have a video to shoot and not a lot of time to get it done.

Tell us some of the big music and performance plans you guys have coming up.

We will be shooting the “Southern Sexy” video very soon and are already planning the next couple of videos after that one. The video for “Too Much Whiskey” and the video for a new song that we will be releasing later on. As far as the band is concerned, we are planning to be back in the studio recording some new songs to release the end of this year or beginning of next year. We have some big shows and festivals coming up as well!