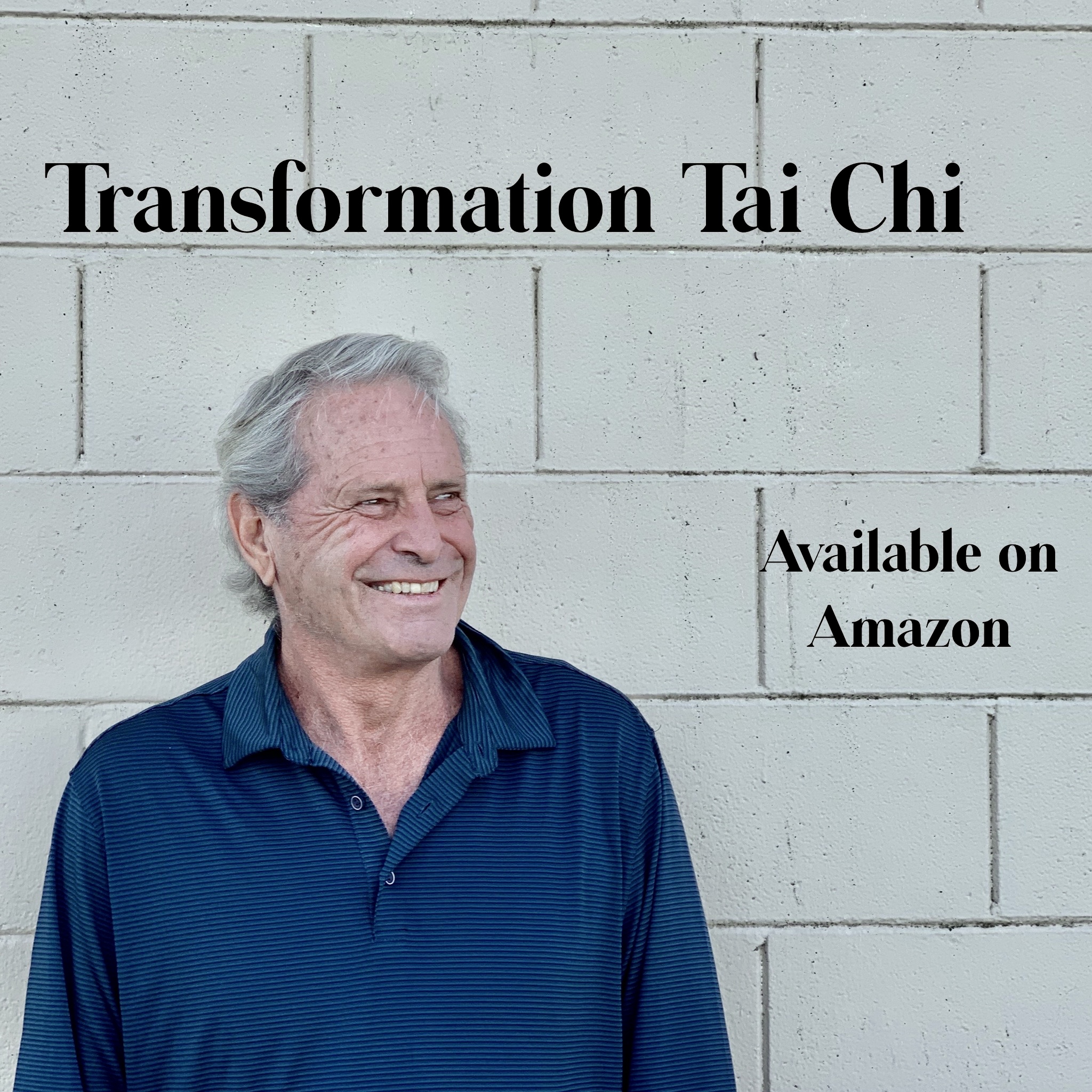 Hi Bud! Thanks for being here today!

We are going to play a game of “firsts,” so here we go!

What is the first thing you do when you get up in the morning?

I typically roll out of bed and make a rudimentary effort to make my bed as a reminder, I am up to do the work of the day and not to go back to bed again during the day. And then standing by the bed I will go through my TRANSFORMATION Practice. It only takes a minute or so. Quite often I will do it all in my head while in my bed before even getting up. In fact, I typically wake up and go through some meditation and or yoga while in bed. My gratefulness meditation is primarily a gratefulness sweep of my body parts for hanging in there with me on this amazing life experience. My still-in-bed Vipassana meditation is 108 breaths with an intense concentration of the air moving in and out of my nose and the movement of my abdomen and chest.

Who was your first celebrity crush?

Not that it could possibly mean anything to someone your age and life experience, it is Florence Chadwick. As a very young boy, maybe, 9-year old, I saw her swimming in a movie new reels. She looked pretty good in her one-piece, 1950s era style swimsuit to this kid. Later I learned that she was in fact a really famous swimmer and the first woman to swim the English Channel both ways. We saw her in newsreels where we were parked at the weekend movies so our parents could leave us to play a round of golf. At least that is what they told us. In fact, Florence came from my neighborhood in Point Loma, San Diego, CA. I found out that her swimming coach was Mr. Gunther, the old guy we would see smoking cigarettes at the end of the beach where we played in the water as kids. After lifeguards pulled me and my brother out of the water a few times and demanded that my mother, Mildred, had to get us some swimming lessons, we spent a lot of time with Mr. Gunther. Florence would come down to the beach to talk to him. Then she would shed her street clothes and start swimming to some distant point in San Diego Bay. We young boys paid a lot of attention to whatever she was doing. But today, my crush, the lady that sparks a fantasy of romantic intimacy is Carrie Underwood, the knockout gorgeous, fireball country singer. I sing and play guitar also and a smile crosses my lips thinking about performing a romantic duet with her.

What was your first car?

The first family car was an old 1940-era Dodge. It had a hand crank in the front to start it in the morning. The family went through several cars including an old Hudson. I inherited the “Big Green” from my family when I turned 16. It was a big, heavy metal Chevy Suburban, sort of like a family van. Yes, it was big! And yes, it was forest green. My dad taught some car mechanics stuff to us and I learned to change the oil, repair the breaks, adjust the spark to the timing belt, and things like that. I also had three small accidents in a few months and lost my license. But really significantly, whenever I would come home sheepishly to tell about the most recent accident, my wonderful dad, Frank, would say, “Let’s take a look at it and get some tools.” Neither he nor my mom ever raised their voices about those accidents. Importantly, the Big Green got me my first job delivering flowers for a small corner flower shop. That led to a lot of “This is the real world” experiences, many of which are not suitable for a mixed audience. The Big Green became my make-out machine. Well, it was high school! I eventually drove it to St. Louis, MO, where I studied animal physiology and behavior as a graduate student. But when I tried to drive it back to San Diego, it died in Colorado. I was going through a tough time and doing another repair job on that old beast was beyond me at that time. I sold it for $75 and took the train to San Diego.

What was your first job?

My first sort of job was delivering new papers on a bike. I was a substitute delivery boy for some of the older kids in the neighborhood.My first real job was working at the San Diego Airport for a Fixed-Base operator, sort of a multiservice parking lot and hangar for small planes. It was a bit of everything for me from cleaning the restrooms to fueling jets. It was a whole new “Welcome to adulthood” thing since I now had a paycheck and needed to open a bank account. One of the best features of this job was I could go there and study in the morning, undisturbed for several hours, and get paid. There was also a lot of real-world experience at the airport. There were macho guys flying small planes in and out of Mexico, hot airline stewardess, and the nutty FBI agent with a box full of pistols who complained about the slow but importantly, innocuous pale green Studebaker that I rented him that could not keep up with the bad guy he was following. Why he kept coming back and showing off his box of guns, I could never understand.

What was the first book you remember reading?

Run Spot Run was the name of my first-grade reader. I was excited about reading from the beginning. I taught my younger brother and cousin how to read based on that funky yellow book with a doggy named Spot that had a few big black spots on its head and body. But my real reading lessons came in the form of Classic Comic Books. These were short, illustrated versions of great books. We had a pile by our beds, where my brother Greg and I would read and re-read them. Stories like White Fang and The Three Musketeers. They inspired enthusiasm for reading and the start of a rich fantasy life. We even acted out crossing rivers, encounters with wolves and sword fights with sticks and pieces of wood. My brother and cousin and I became the three musketeers with capes and funny hats. These escapades inevitably lead to wrestling matches and the destruction of our mother’s flower beds.

What was the first book you ever wrote?

TRANSFORMATION is the first public book I have written. As a practicing marine biologist, I produced a number of rather boring technical books more like stand-alone scientific journals, on topics like; aquaculture of Pacific salmon, the bioacoustics of steelhead, native oyster habitat restoration, and the abundance, distribution, and market for giant freshwater prawn in the Irrawaddy Delta of Myanmar. TRANSFORMATION, which is subtitled the 90-second mind-body Practice integrating tai chi and yoga to manage stress and unlock your potential, is an outgrowth of my lifelong exploration of many spiritual traditions. My interest in tai chi and yoga came early in life and I practice both today. I had many teachers and one, Zochi Young, an African American world traveler, Detroit-born, added the element of an English affirmation to a tai chi movement. Over the years it evolved in my daily practice. After making a number of mediocre starts at writing a novel I settled into writing a small book about a subject that was integral to my life experience. It embodies many common denominators from world religions that empower a practitioner to listen deeply into mental patterns that they would like to change. And Zochi Young is my co-author.

It is a sort of an outgrowth of an answer to the question, “So, you are 80 years old. Do you have any wisdom that you would like to share?” My answer is a big Yes! Read and speak the affirmations, do the movements and digest the commentaries. You will start to see the world differently and experience the real abundance that is all around you. You will finally get your act together and be the bright, creative, energetic, goal-oriented person that everyone wants to hire, hang out with and say that they want to be like when they grow up.

What was the first yoga class you ever attended?

My mother was a student of Paramahansa Yogananda, a hugely influential proponent of yoga in the West. My mother occasionally attended his ashram near San Diego. His most famous book, Autobiography of a Yogi, was prominent in our family living room, and to this day remains essential reading for anyone that wants to deeply understand yoga. My mother talked about it a bit but there was never a lesson. There was also some exposure to yoga when Be Here Now by Ram Dass hit the University of Washington campus in about 1971. Then while living in Hawaii, I started taking classes in Hatha Yoga and Kundalini Yoga and got into meditation. Looking back, I can see that yoga classes became a big part of my life at major transition points. I was a bit eclectic over the years about teachers and classes and eventually became a certified yoga teacher and was part of the Prison Yoga Project at San Quentin, CA, where I was the only guy in the room who had never killed anybody! I definitely want to give a big shout-out to Kimber Simpkins, and James Fox both based in the SF Bay Area. Remarkable teachers and wonderful human beings.

What is the first social media platform that comes to mind, so we can tell our readers where to follow you!

We have our webpage about the book at, TRANSFORMATIONTAICHI.COM. Check out our weekly blogs and classes. We are also on Facebook, LinkedIn and Instagram.