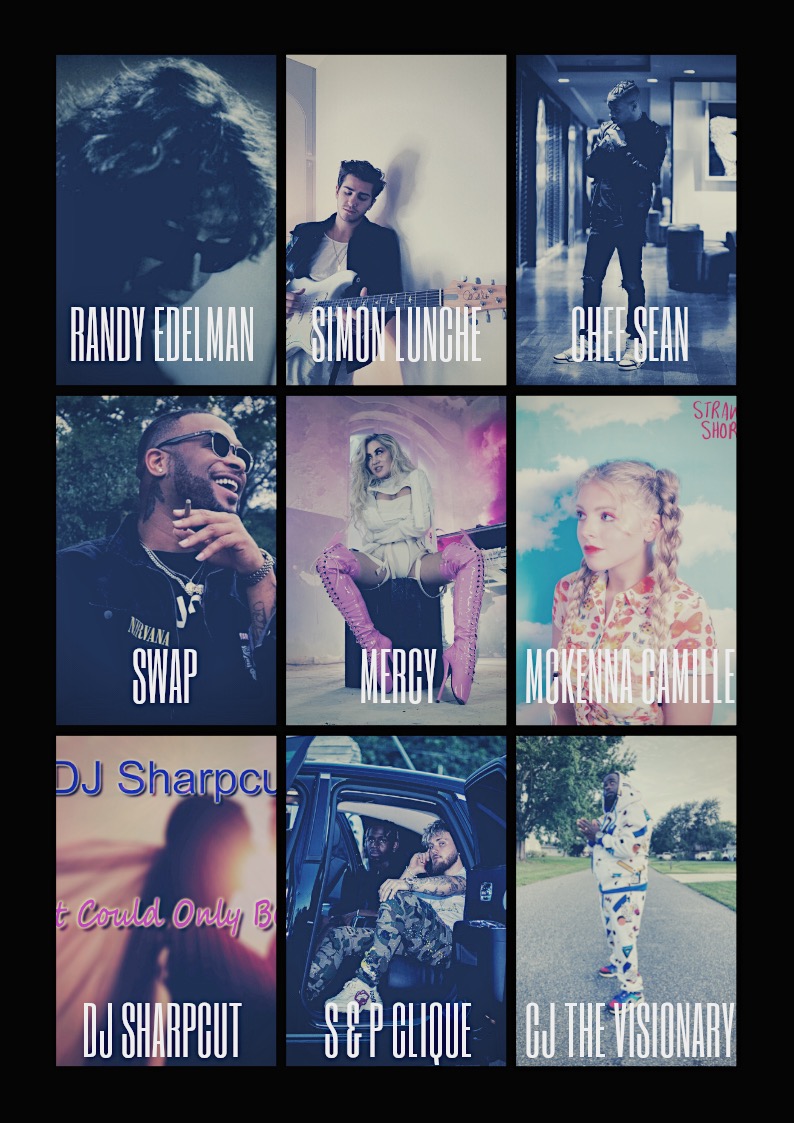 Editors Pick Artists of the Year

Randy Edelman, the grand composer, producer, and musician recognized for creating the soundtracks for some of the greatest films, television shows, and sports events in history, released his highly anticipated anthemic song of hope and inspiration titled  “Comin’ Out the Other Side,” via Tribeca Records, a SohoJohnny Enterprise, on July 2, 2021. The song promotes an epidemic of joy and happiness as a grand finale to a time best forgotten.

Simon Lunche was coming off of his first critically acclaimed solo album release during the pandemic last September sitting alone in his Berkeley, California childhood home. Being stuck there for over a year had Simon thinking about his friends, his past, and the stories he’s collected over the last 22 years. Through many phone conversations, lots of laughter, and tears, the late-night reminiscing with those close to him created an unexpected flood of memories and stories that he didn’t want to be lost – they had to be told. Seated at his 100-year-old Steinway baby grand with his ’65 Strat in tow, the magical stories began blossoming.

Rapper Chef Sean debuted a new relatable music video in 2021 for his song “Feelings”, taken from his album, My Life. The song is one of several major releases during the COVID-19 pandemic and caps off a highly successful year despite the lockdown. From the trap to shawty blowing up his phone, fans get a chance to enter the world of Chef Sean with no filter. Chef Sean also has a new song out named “Oh My God” with over a million views and streams under a couple of months after the release.

His debut album is slated to drop in early January 2022.

Swap was born in the Bay. This Hip-Hop/Street singer-rapper is shaking the streets of Tampa FL. His new single “Fake Love” ft Tony Ritch is an instant classic. His album “Blood of Angels” hits early 2022.

Between circus tours and spotlight shows, MERCY returned to the big screen as a background performer in 2015’s “Maze Runner” and in “Shot Caller”, released in 2017. She pulled double duty on Michael Bay’s “6 Underground” starring Ryan Reynolds in 2018 as both an actress and stuntwoman.

In 2019, MERCY dove back into music headfirst, setting the stage for her techno-pop solo effort built on themes and subjects from her life to date – powerful vocals, hit music, circus extravaganza, sexy burlesque, flashy pyrotechnics, and over-the-top entertainment. Her music was featured in India’s blockbuster “SAAHO” starring Prabhas and her first single, “SAAHO BANG BANG”, was released alongside the official movie trailer.

The acting roles kept coming, even as MERCY focused on completing her EP/singles, which were delayed until the summer of 2021 by the pandemic. She earned a part in Lana Wachowski’s “Matrix Resurrections” with Keanu Reeves and performed background/stunt work in the Tom Holland/Mark Wahlberg “Uncharted” adaptation in 2020. Her hit single and music video, “Going Down” was released on December 17.

Craving something sweet, fresh, and new? “Strawberry Shortcake” is not just America’s favorite dessert, but also McKenna Camille’s smashing new single that’s sure to delight. This pop/dance song has a 1970’s twist that blends old and new sounds for something truly original. The single “Strawberry Shortcake” was released earlier, along with a lively and fun music video. The concept of the video is all about good times, adventures, and relationships and is upbeat and lighthearted!

Whether searching for that special romantic ballad for Valentine’s Day, an anniversary, date night, or the perfect wedding song, the latest release of Award-Winning Director/Producer & Comedian Gary Robinson’s (aka DJ Sharpcut) song “It Could Only Be You” has couples of all ages swooning at its relatable lyrics, soothing mood, and melody. Some of the tear-worthy lyrics are as follows:

“I’ve traveled a million miles / And seen a thousand faces. Looked all over the world / And searched in far-off places. But the search is over / You’re the only one. The world’s the sky / And you’re the sun…”

Robinson recently released the emotive song on Spotify and Apple Music, and lyric video on YouTube, and has been turning the heads of wedding video producers, venues, bands, and DJs looking for the next best song that will stand the test of time.

S&P Clique or better known as “Spook and Poof” has made a huge name in Florida. Compared to many other artists on the scene, they bring a combination of authenticity, lyrics, and good times where ever they go…Creatively and figuratively. Editor of Hollywood Digest compared them to East Coast greats like Kodak Black, A$AP Rockey, and Waka Flocka. HD editor claims S&P knocked the island boys back in the water.

CJ The Visionary is a Central Florida-based R&B music artist and multi-business mogul known for his debut, catchy single “Fall Back. He’s also a former host on the Reality Intercepted podcast, shoe designer, and CEO/co-founder of the On Repeat music video channel.

CJ has always had a passion for music and started singing in the church choir as a kid. He is inspired by artists such as Michael Jackson, Prince, James Brown, Marvin Gaye, and Teddy Pendergrass. He was drawn in by the passion and soul that was infused in their music. When he saw Michael Jackson perform at the Grammy’s, he knew that he wanted to pursue music.

Recording artist, philanthropist and producer SohoJohnny has recently released his own version of “Precious and Few” Originally done by “Climax.” It became a major hit in 1972 and is on its way again. SohoJohnny has recorded it via Tribeca Records an independent New York label. SohoJohnny is best known for his charity events for his foundation “Let Me Help, Inc.”

Music Artist Coties is celebrating the release of his new single‘on all platforms. Fans have been excitedly awaiting his new follow-up. His last single captivated the underground music scene and racked up over 17K downloads on Spotify without promotion or marketing.

Last weekend, Coties boarded a private jet to Los Angeles to work in the studio with a multi-platinum producer who created some of the most iconic Hip-Hop songs well known today. Coties’ loyal fan base continues to climb, not just because of his magnetic Trap music, but also due to his incredible story-telling ability that stems from his education, mannerisms and understanding of life and lessons.

Marc Gordon as he cleverly combines humor, social commentary, and musical talent in his thought-
provoking brand- new album, “Center Stage.” The album touches on
relevant topics of today– politics, COVID (Citizens of the World vs. Internet
Divides), and social distancing. Other songs are re-imagined hits from the
likes of Bob Marley, James Brown, Miley Cyrus & and Eminem. This fun,
upbeat album has a mix of EDM, hip hop, and little funk.