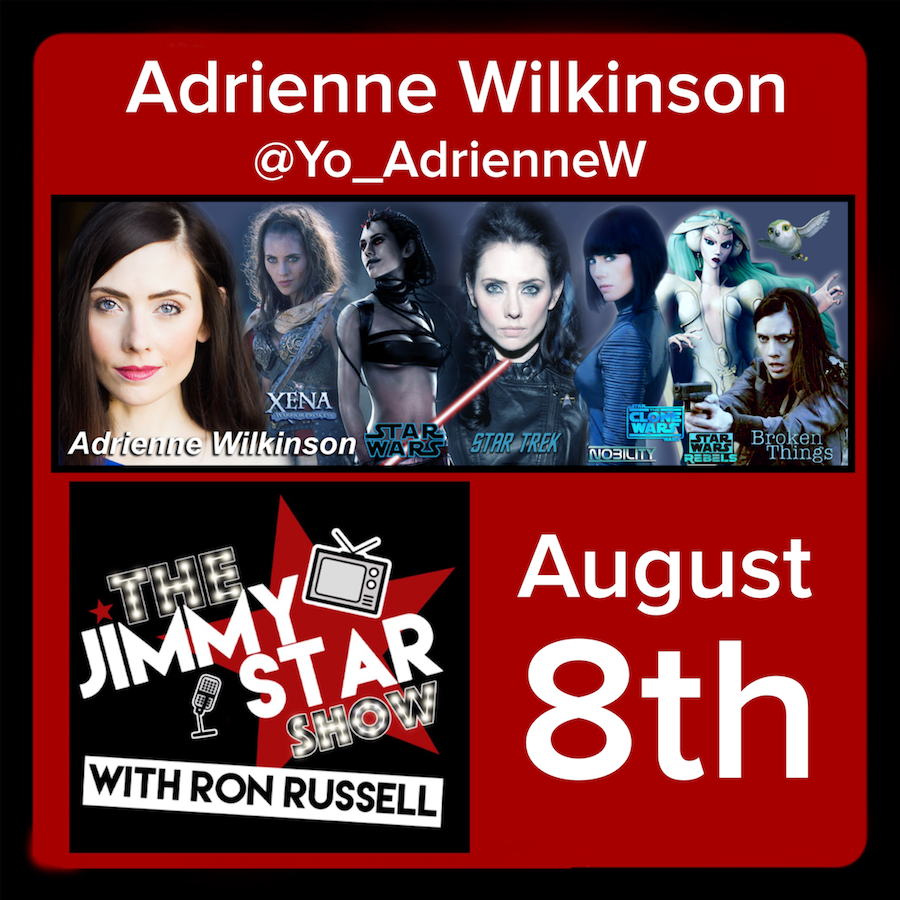 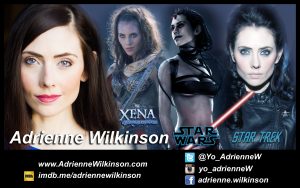 Adrienne Wilkinson will be a featured guest on The Jimmy Star Show live radio/tv show hosted by King of Cool Jimmy Star along with Cool Man About Town Ron Russell to discuss her acting work, her career and the entertainment industries at large. The Jimmy Star Show is tv/radio’s coolest hit show, featuring the best in music, entertainment, fashion and pop culture, all from a fun industry insider perspective in a completely live, unedited fast-paced two-hour conversational format.

Adrienne Wilkinson was introduced to the world as The Empress of Rome who was revealed to be Xena’s daughter Livia/Eve in “Xena: Warrior Princess,” – the most watched show in the world at the time. She has since made more than 100
appearances in a wide variety of projects including popular guest starring roles on “About a Boy”, “Partners”, “Charmed,” “Days of Our Lives,” “ER,” and “Angel,” as well as series regular roles on “Venice”, “Goodnight Burbank”, “Pretty The Series”, “Club 5150” and “As If”. Her appearances in fan favorite films include “Raze”, “Alpha Force”, “The American Failure” and “Reflections,” for which she won several awards.

Adrienne is also one of only a handful of actors to appear in both Star Wars and Star Trek projects. Playing the Jedi turned Sith, Maris Brood in “Star Wars The Force Unleashed” and Captain Lexxa Singh, daughter of Khan in “Star Trek Renegades”. She has voiced more than 50 lead characters in top animation projects and high profile video games including “Tomb Raider”, “Sons Of Anarchy: The Prospect”, and playing ‘Daughter’, the personification of the ‘light side’ of the Force in “Star Wars: The Clone Wars​” and “Star Wars: Rebels​”.

She has also collaborated to produce several ​independent projects – both narrative films and documentaries – covering subjects ranging from using dance therapy for Parkinsons Disease (“Mary Anne”) to showcasing the life stories of groundbreaking female luminaries in Hollywood (“Lee”). You can find them on Gaia TV and other outlets. 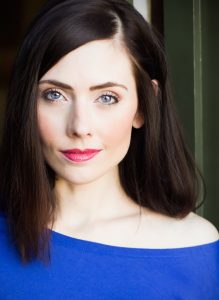 Her diverse career has spanned multiple genre’s in projects that range from mainstream to cult classics, and she is known for her charity work, which includes a focus on literacy programs, animal welfare and children. To see her latest news visit: www.AdrienneWilkinson.com

TW & IG: @Yo_AdrienneW
facebook.com/adrienne.wilkinson
The Jimmy Star Show with Ron Russell is pleased to showcase the expertise and talent of Adrienne Wilkinson and all anticipate a fun and informative time talking with her about her career and the entertainment industries at large.

To hear/see Adrienne Wilkinson live on the Jimmy Star Show with Ron Russell tune in to W4CY radio on Wednesday August 8th, 2018 from 3-5 pm ET and 12-2 pm PT online at www.w4cy.com from anywhere in the world!