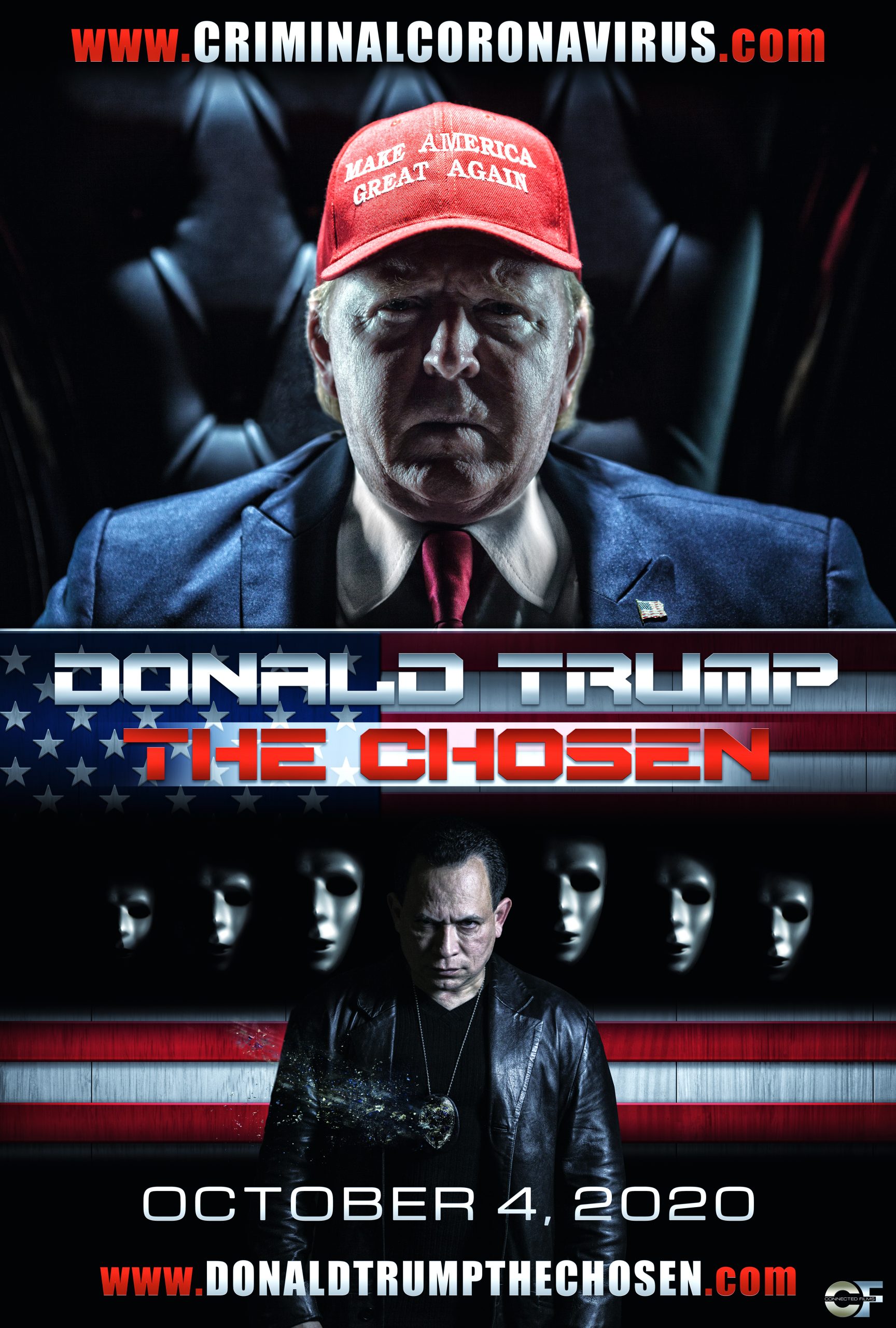 From upcoming director, producer, actor Wilfredo Torres comes “Donald Trump The Chosen” which depicts President Trump (played by Thomas Mundy) implementing solutions to do whatever it takes to protect the American people and everyone throughout the world. The movie will premiere on Oct 4th, 2020 at 7 pm on Vimeo and other digital platforms.

SYNOPSIS| Humanity is facing two deadly pandemics–the coronavirus outbreak and violent career criminals being released from prisons. They are kidnapping, raping, killing, and drugging our children. The time has come to set aside politics, religion, and personal conflicts. The American people, and people throughout the world are gathering as one from all walks of life to defeat the evil among us. A vaccine for the coronavirus is near, but the violent criminals are out preying on our loved ones, especially the innocent, the vulnerable, and the weak. President Donald Trump (played by Thomas Mundy) is implementing solutions to do whatever it takes to protect the American people and everyone throughout the world. Frank Santos (played by Wilfredo Torres) was trained by the United States Army along with six other soldiers under Operation Mindset.

Frank Santos was trained by the United States Army along with six other soldiers under Operation Mindset.

Upon Frank arriving back to the United States, he becomes a police captain and was programmed to kill violent criminals. Alexandria Ocasio-Cortez (who is played by Elisa Gonzalez) believes that that the world is coming to an end within the next 12 years should changes not be made now. She fights and protects the legal rights of those who are less fortunate in our society. Alexandria Ocasio-Cortez believes that no one is above the law and due process needs to be enforced. Donald Trump has been empowered by a higher means and was chosen as a leader to find a cure to save millions of lives before it’s too late. He is implementing his own laws to eliminate all violent career criminals in the United States of America and throughout the world. Donald Trump has implemented “Operation Mindset” –a secret society called the Dark Angels. Actress Yadira Camacho is recruiting victims of violent crimes to help with the war against the evil that hurts our society.

The Dark Angels consists of millions of law-abiding citizens who are fed up with being victimized at the hands of violent criminals. They are the eyes and ears in the deadly streets who report the criminals’ daily activities to Donald Trump. He stands to protect the innocent, the vulnerable, and the weak from all walks of life. We the people from all over the world must unite together as one and support the man that will implement laws to protect everyone who is being victimized.

Born and raised in Brooklyn, New York, producer, director, and actor, Wilfredo Torres became a New York City Correction Officer in 1984. He retired and relocated to Florida to become a real estate private investor. In 2013, he was given an acting opportunity in an independent film by Frank Figueroa. A small project was started which was unsuccessful. Wilfredo picked up the torch and decided to invest in order to make a quality A-feature film. With no acting experience or knowledge in the film production environment, Wilfredo dominated the odds against him. He started Connected Films Production. With the assistance of all aspiring actors who volunteered their time into the project, they were able to succeed in completing “Donald Trump The Chosen.”