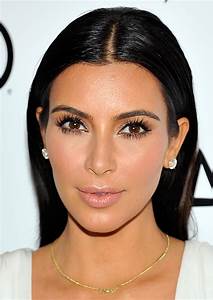 Kim Kardashian was in the middle of a nude photoshoot when U.S. President Donald Trump called her to reveal he had granted clemency to jailed grandmother Alice Marie Johnson.

The Keeping Up with the Kardashians star paid a visit to the White House in May (18) to ask the leader to grant clemency to the 63-year-old, who had been serving a life sentence without parole for a first-time, non-violent drug offence, and a week later, Kim received a personal call from Trump telling her the good news.

During an appearance on Jimmy Kimmel Live! on Monday night (30Jul18), the reality star revealed she was in the middle of a risque photoshoot when she got the call.

“I was at a Steven Klein photoshoot. And if anyone knows who he is, it’s pretty much a nude shoot. So, I’m naked, and my phone rings and I’m all glammed up,” she recalled, adding that she quickly put a robe on to take the call.

“And I was kind of bugging out during the shoot because I’m like, ‘Oh my God, all these amazing things are happening.'”

She then called Alice to announce the news and it was so emotional that she was “just trying not to cry my make-up off”.

The 37-year-old also recalled how she dropped a couple of expletives when she first stepped into the Oval Office to meet Trump.

“I look around and I’m kinda starstruck by the Oval Office,” she said. “And the first thing I say in our meeting, I say, ‘Holy s**t! We’re in the f**king Oval Office. That’s what I said to him… I just had to take a moment to be like, ‘Wait we’re really here’.”

Since Alice’s release from prison, Kim receives “a stack of letters every day” from other inmates or their families asking for help, and she is “really hopeful” that “more good things are going to come out” of her conversations with Trump.

The beauty mogul was asked about her husband Kanye West publicly supporting Trump on social media, and she insisted that the rapper “doesn’t necessarily agree with” his policies but appreciates how he “made it to be president when everyone really underestimated him”.

She also stated that, although she doesn’t support everything he does, she has nothing bad to say about Trump, because she’s very grateful to him for doing “something amazing”.