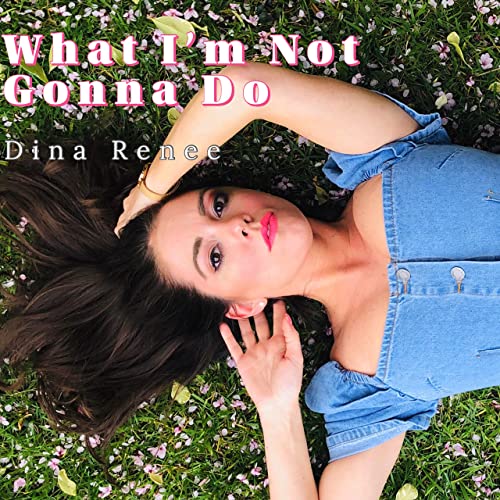 Dina Renee “What I’m Not Gonna Do”

Dina Renee is drowning in pinks and in a situation she’s not going to be able to change in the new video for “What I’m Not Gonna Do”. The breathy-vocalist takes on a role of flustered housewife in a decked out 50s Barbies dreamhouse setting. Renee’s vocals steal the show, really telling a story with her song, but the visuals add an interesting layer with a twist ending.

Now based in Los Angeles, Renee grew up in Knoxville, Tennessee. She has just a whisper of a southern drawl. Her Facebook page lists Gwen Stefani as an influence, as well as Christina Aguilera. Both artists’ stylings are stamped into “What I’m Not Gonna Do”.  I think her vocal delivery also reminded me of Ariana Grande.

The video starts out with a vintage looking kitchen. Renee has just backed this magnificent, confetti-frosting cake. The colors on the cake stand out amongst the pinks and greens in the kitchen. Her makeup, her hair, her outfit – all gorgeous. She’s cute. She’s the model wife. Her presumed husband is not impressed with the cake – and a few scenes later he’s crabbing about her cooking again. She can’t seem to get anything right. Renee sings you loved me, but in a way that wasn’t right, that wasn’t right, you’re bad for me and it shows, when I can’t put up a fight, oh no, don’t know where I’ll go, just that I can’t stay, now I know that I’m not, not gonna do, not gonna waste no more time on you, play me like I’m some kind of fool, this goodbye is overdue… and as a listener and a viewer, you start to think, yeah, if I worked that hard on that perfect cake and meal, and cleaning up this house, I wouldn’t want to put up with someone criticizing me either. As an audience member, you’re still wondering what this guy’s deal is, is he cheating on her? Why is she putting up with his nonsense?

In the next scenes,  she’s folding laundry. We get a glimpse of some lingerie that she immediately frowns upon. Then in bed for the evening, both in their jammies, her husband once again annoyed with her or distracted. They are both wearing pink. At one point she’s putting on a show – anything to grab his attention. She’s singing into a microphone, she’s playing a ukulele. This guy could care less! He’s even picking out what she can wear, in a controlling way? Maybe? She’s having a heck of a time, both her facial expressions and her vocals match her frustrations.

In a plot twist, just near the song’s end, the husband is sneaking behind her back wearing her clothes. He’s in ecstasy when can wear the cheer top that says “fierce” in glitter. The cat’s out of the bag, and he’s not into her for other reasons. They dance it out and the pink home seems to have revealed its secrets. One never knows what’s really going on behind closed doors, and don’t judge a book by its cover.