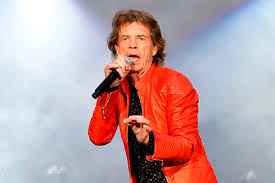 Mick Jagger has returned to the stage following his recovery from heart valve replacement surgery.

The Rolling Stones frontman looked thrilled to be back to business in a picture of him with a huge grin on his face on stage at the Soldier Field in Chicago, where the iconic rock band will play their rescheduled ‘No Filter Tour’ show on Friday evening (21.06.19).

The ‘Brown Sugar’ singer also posted a video of him playing guitar in a hoodie during rehearsals.

The 75-year-old rocker recently updated fans to let them know he’s “feeling pretty good” and been rehearsing “a lot lately” and hitting the gym as the ‘Satisfaction’ rockers ready themselves for their rescheduled North American and Canadian shows which were postponed in April, while Mick recovered from surgery.

Speaking in his first interview since having the operation, he said: “I’m feeling pretty good. Been rehearsing a lot lately in the last few weeks … This morning [I did] a bit of gym. Nothing crazy. Then I go into rehearsal with the rest of the band.”

Mick – who has eight children with five women – loves being on the road, but admitted that cutting back touring to “three or four months” a year is “quite a good balance” for him.

“When you’re young, that’s what you do. [Today I] spend three or four months on the road in a year and that seems to be quite a good balance.”