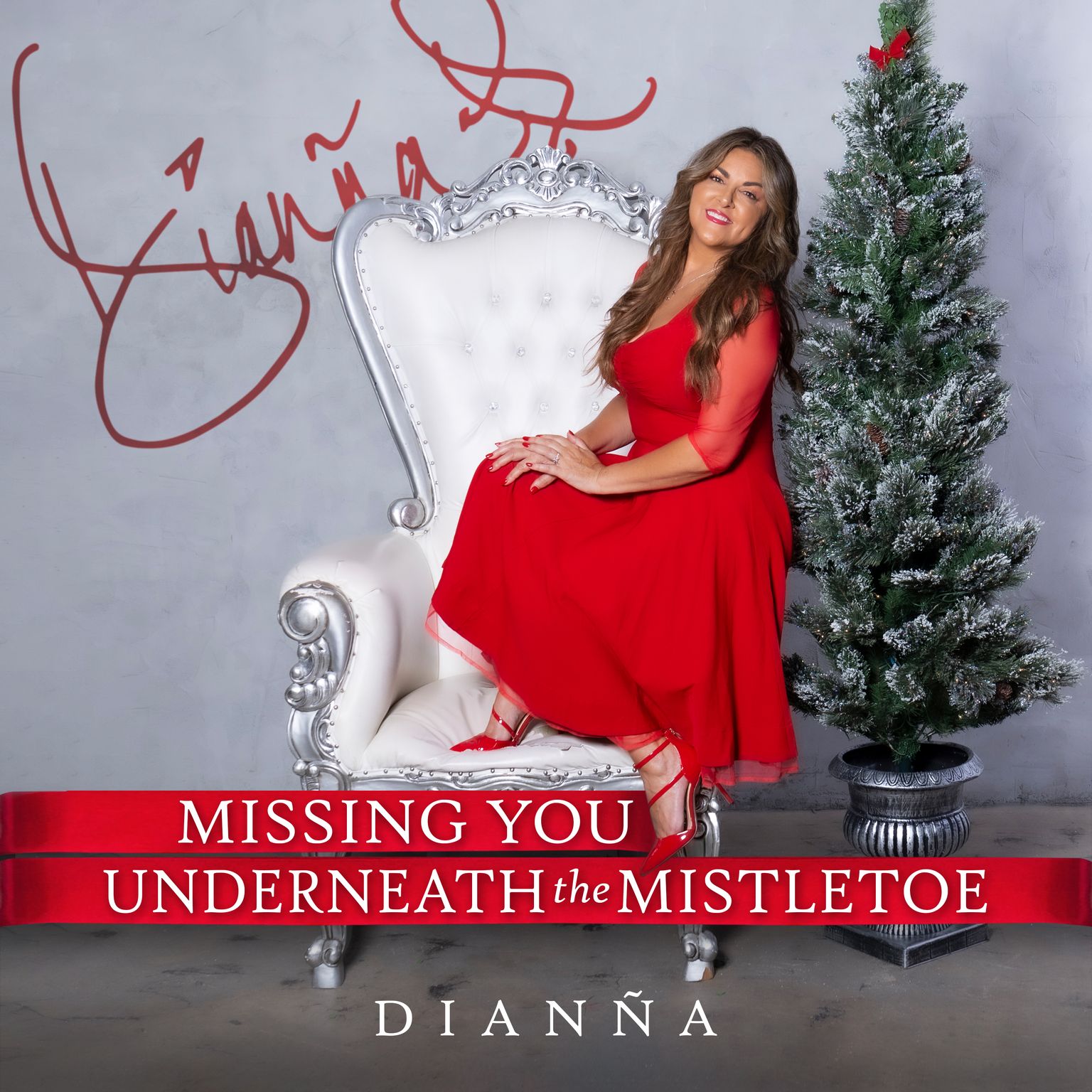 “Missing You Underneath the Mistletoe” is the Christmas themed single from rising vocalist and songwriter Dianña, aka DianñaCountry, and nothing like the cliched slop you might expect from such a song. She wrote the song ten years ago at a low point in her personal life but could never quite nail down an ending. She revisited the song this year when the idea dawned to release a Xmas track and she finished the song without much effort. It reflects life changes for Dianña as well and becomes, in the end, a rather personal musical document instead of another calculated jingle. She enlisted producer/mixer Mark Needham to aid with the crafting of the cut and his vast experience working with artists as diverse as Dolly Parton, Imagine Dragons, and Chris Isaak positions him to give her and the song the first -class treatment they both deserve.

The track begins as vocal and piano ballad before segueing thirty seconds. The full band for the performance comes and there’s a steady build toward the song’s climax that possesses fully fleshed out power. Construction is paramount here. Dianña and Needham understand that any song, no matter the genre, ultimately relies on melody and dynamics for success. There’s ample melody here, but what will put it over the top for many without knowing it is the orchestrated peaks and valleys that pay off with a rousing ending.

Dynamics must be paired, however, with a vocalist compelling enough for you to listen. She fits the bill. She gently brings listeners into the song coaching each syllable out and allowing listeners to feel the moment. She understands, as well, the value of following the arrangement and serving the song rather than trying to dominate with an ill-advised star turn moment. She has a soulful touch in her phrasing, as well, that many listeners will gravitate to.

The song’s video is the icing on a delectable cake. Fon Davis’ Fonco Studios based in Los Angeles oversaw the making of the video and Davis’ direction shows at every point in the production. There are the customary jump cuts present in the video, a common trope, but there are also a variety of wonderful shots that help accentuate the moment she is pursing with her song. It also helps underscore and maybe even mitigate the initial sadness of the song with its affectionate depiction of a reunion with the subject of the song’s regret.

This is a grand moment for this singer. She’s stepped forward during the Christmas season with a song that captures the seasonal spirit but goes a step further. It gives us the chronicle of an episode in a human life with lyrics that are direct and conversational. Let’s hope she can carry this momentum forward and there’s nothing in the song that suggests she will not. “Missing You Underneath the Mistletoe” is Dianña’s finest moment yet and the great success it will enjoy is richly deserved. Listeners across the world who celebrate Christmas will agree, but even if you don’t, there’s still something here for you.