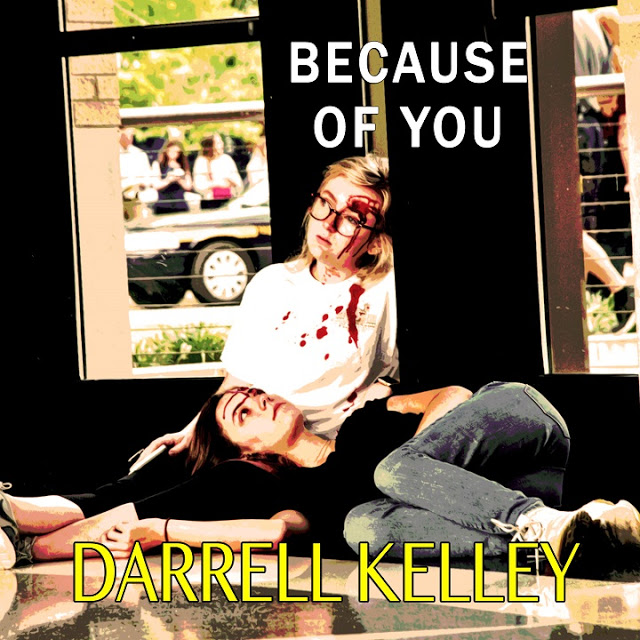 Darrell Kelley releases R&B-influenced track; “Because of You”

Darrell Kelley has audacity. Like most American’s he’s sick and tired of hearing of gun violence. He channels that anger, hurt, anguish and uncertainty into the R&B-influenced track, “Because of You”. Leaving nothing on the table, Kelley is pointing his finger at the National Rifle Association (NRA) for the deaths of countless children to gun violence. Say what you want about the Second Amendment, “Because of You” is a song that focuses on what can be done, and the responsibilities.

Though he doesn’t outright say it in the lyrics of “Because of You”, Kelley did say in the song’s press release/biography that his point is to get the guns away from irresponsible owners. He’s not against one protecting one’s home. This review certainly isn’t meant to add to that debate, rather, I’m merely stating Kelley’s position from his press materials. My review has no bias from this perspective and I found the song to be quite riveting. His lyrics do include the words: “NRA, it’s because of you, did you hear the children screaming…did you see the children dying…tell us what you’re going to do…this is all because of you.” At first I was caught off guard that he completely went right at NRA, and on the first listen, it sounded angry. As I listened to the song a few more times, it became more apparent that Kelley is past anger and more about asking for actionable solutions.

Musically, the song is very heavy on track beats, electronic enhancements and a very modern sound. It’s quite different from Kelley’s previous releases (2018’s EP Storm is Coming, 2019’s Unity and Here Ends The Lesson) and yet this song still has Kelley’s signature vocal prowess. “Because of You” is off of the album, I’m So High. Kelley, who is now based in Georgia after growing up in Massachusetts, certainly aims to use his voice and his artistry for the greater good. He seems to be a sensitive soul with a great heart. He’s talented, too. He’s never shouting and he draws within his range to create a solid, perfectly edited/produced track. He stays in his lane and that’s what gives him musical credibility. It’s appreciated as a listener.

He repeats the chorus quite a few times and after a few listens, this song is just impossible to ignore. “Because of You” is an earworm; unfortunately there are songs that tackle on tough themes and societal matters. This is one of those songs. This is the world we live in. Kelley leaves us the room to escape into the beats, but he doesn’t want us to turn our backs on the truth at hand, and the persistent problem. He does a great job of really nailing that permeating gun violence that seems to hang over all our heads.

Overall, fans of positive music and inspirational music will find “Because of You” a great listen. Don’t be scared by the subject matter – listen to the beats, the message and the way the song takes a hold on the listener.