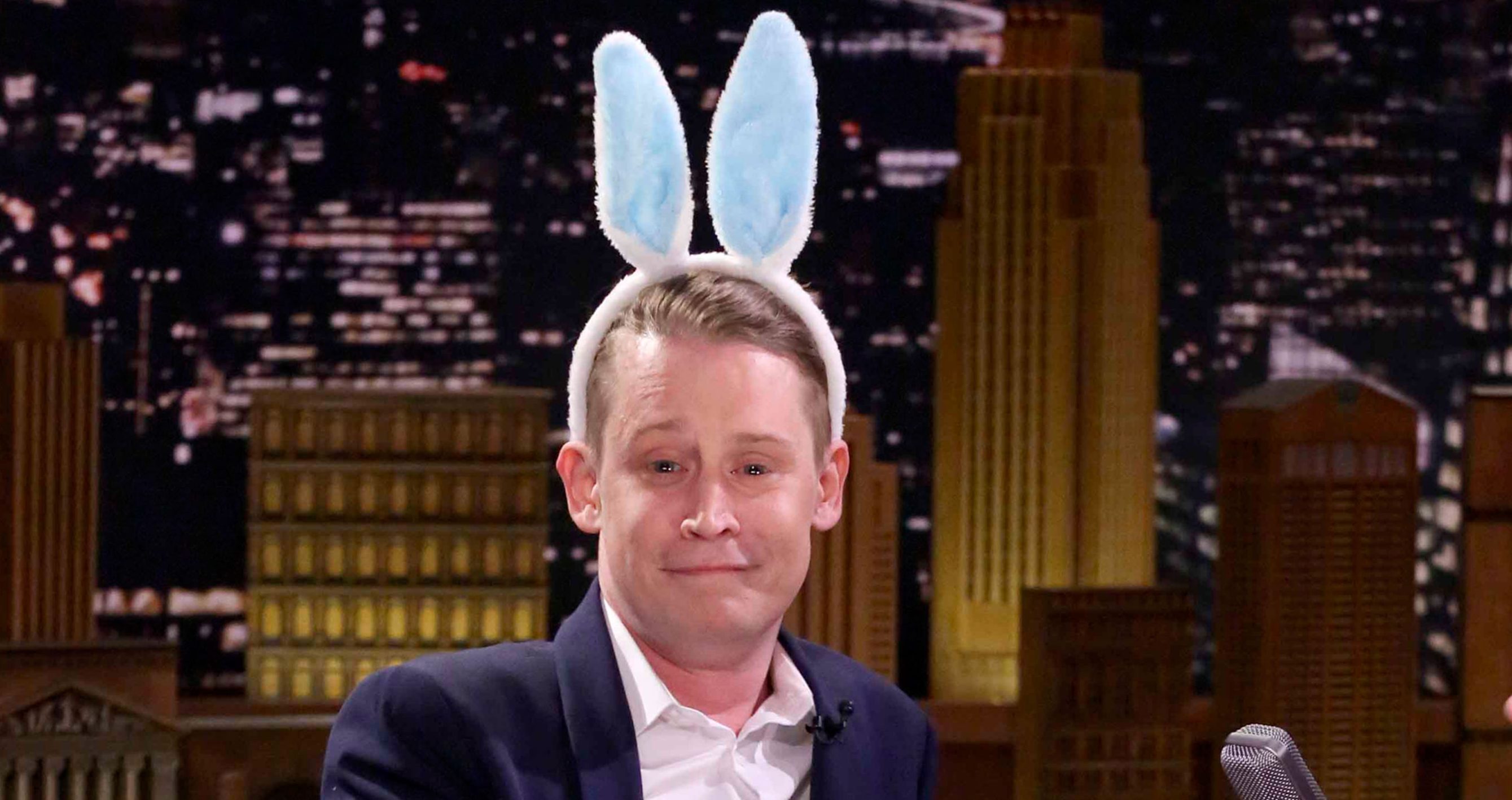 Macaulay Culkin has set up a competition offering fans the chance to pick his new middle name.

The former child star made an appearance on The Tonight Show Starring Jimmy Fallon on Wednesday night (Nov 28, 2018) where he discussed his lifestyle website BunnyEars, which is described as a cross between Gwyneth Paltrow’s Goop blog and satirical news site The Onion.

During the chat, Macaulay also shared that he has now set up a poll on the website in which users can vote on his new middle name.

“I was staring at my passport recently and I was looking over my middle name, my current middle name is Carson – you have to say it Macaulay Carson Culkin (with an Irish accent) – and I thought, ‘I should probably spruce up my name a little bit,'” he said.

Macaulay promised to legally update his moniker, with voting set to close on Christmas Eve. At present, the choices are Macaulay Culkin, Shark Week, Kieran, TheMcRibIsBack and Publicity Stunt.

“So, (I’d be) Macaulay Macaulay Culkin Culkin. If somebody comes up to me at the airport and says, ‘Excuse me, are you Macaulay Culkin?’ I can go, ‘Macaulay Culkin is my middle name,'” the 38-year-old commented, before noting that Shark Week is a “very seasonal” option and that he’s never actually watched the annual shark-based programming block on the Discovery Channel.

Macaulay added that his brother Kieran Culkin had humorously suggested Kieran would make a good middle name, TheMcribIsBack was inspired by McDonald’s McRib burger, while his girlfriend Brenda Song had dreamed up Publicity Stunt.

Elsewhere in the chat, Macaulay spoke about how he gets recognised in public more in the festive season due to his 1990s movies Home Alone and Home Alone 2: Lost in New York getting replayed, and explained that he was once asked by a girlfriend to watch the flick with him.

“I have indulged that and most of the time I’m just muttering my lines under my breath,” he laughed.