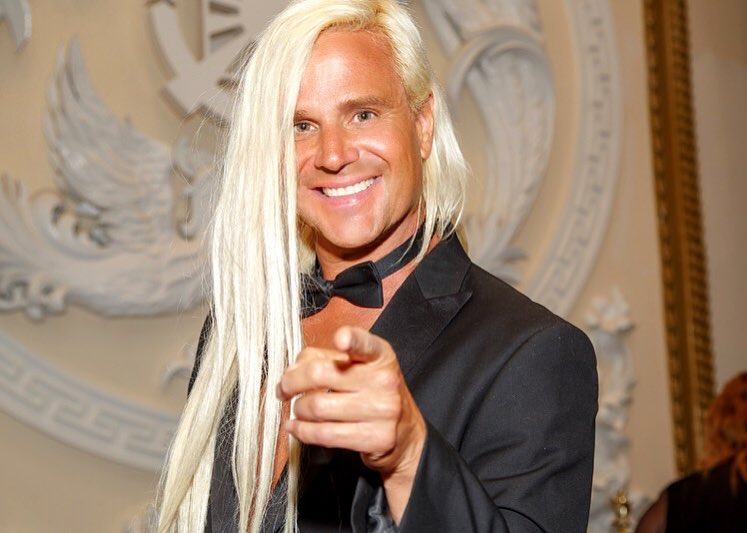 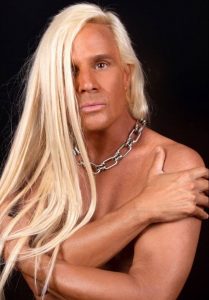 Having been dubbed the “Messiah of Makeover”, via the Paula Jones/Clinton sex scandal, when he transformed Ms. Jones and was recognized as a winner by the New York Post. This led him from the Playboy Mansion to the White House. As one of the top stylists on the prestigious Rodeo Drive for many years he finally went out on his own and transformed Hollywood celebrities such as Pamela Anderson, Marilyn Manson, Stevie Nicks and the late Anna Nicole Smith.

Recently signed to the legendary recording label TRAX, Daniel has recorded music including: “Take Me to the Other Side”, “X Sex”, “Sin” and “Only Time Will Tell.” Currently he plays rhythm guitar for the band, “Punk Bunny.” He has also made various TV appearances on such notable shows as TMZ on TV, Fox News Channel, Christina’s Court, The Gossip Queen on Logo, and the Tonight Show with Jay Leno just to name small few. Also, and this blew me away, he is a lawyer…… 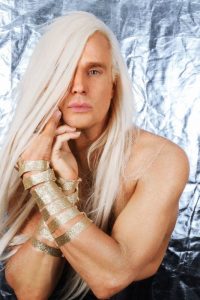 The sexy blonde, Beverly Hills based artist currently hosts an award-winning show on Amazon Prime called, “Trendsetting with Daniel DiCriscio.”
You can be certain, where ever there’s a Red Carpet event, Daniel will be invited to attend. As a matter of fact that’s exactly where we met, at a posh Oscar Soirée, where I was immeasurably impressed……

Daniel, I just found out about your show on Amazon Prime, tell me about it?

I just got a nomination for that for Best Beauty program. I have a show called, “Trendsetting With Daniel DiCriscio”, that I’m going to tackle issues with the internet, and how these trends are coming up now that people are following, whether it’s music, beauty, or any kind of thing. As soon as I did Paula Jones’ make over, life had changed and the bar has risen so high that I want to hear what the public actually thinks of these new things the Internet is pushing. Whether it’s Internet models, the big boobs, the big butt, the guys with the steroid bodies, the new tastes in music, how porno has changed….any subject. 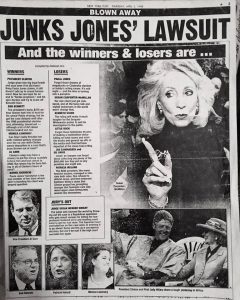 So how do you do it, you just go out there?

Pretty much. For the first premier episode I want to hear what the public is thinking. People who are just real people. I want to see if they are really following the Kardashians, their looks and that kind of thing, and if the guys are really trying to look like these model guys on the Internet. Social media seems to be the new place to go for “looks.” Times have changed. Plastic surgery is the new haircut. Since I did Paula Jones, times have changed. People are doing butt implants, wigs…they are doing so much more, that a makeover is kind of over. I have people from all over the world that I talk to. Everywhere and anywhere, even a high school reunion group of women from Texas. The end result of my premier episode was would you do it? I got a mixed review. Some people said yes, and some said no.

Would you do it?

No. No I wouldn’t do it because I’m too unique in my own way. I don’t look like anybody else. I’ve never really copied anyone else. I create my own self. I’m not trying to be pompous or arrogant. 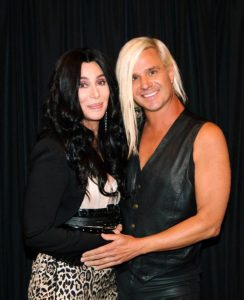 No, I totally get it.

No I do. Look at the time when Ricky Martin came out and all the guys were chopping their hair off and getting a buzz cut. I wouldn’t do it. I don’t follow the trends I create them.

So what else are you up to?

I also have the music going on. I recently joined “Punk Bunny” playing rhythm guitar. I also have my own music with TRAX records as you know. I write songs and I was classically trained on guitars, keyboard…..

OMG there is so much I don’t know about you…

So you’re a lawyer as well?

So you have brains and beauty?

I’m not the boy next door. I’m a little different. People either love me or hate me, no in-between.

I believe you. The ones that hate you are most likely jealous, and the ones that love you appreciate you because you are different.

In third grade there was a Halloween contest and I won. I was Caesar. My mom made the costume. They gave me the most beautiful award but they had to cross out the word beautiful and say handsome. They said they couldn’t say the word beautiful. So my mom said to me, “you always were beautiful and that’s what’s different about you.” You can be beautiful and handsome, but it goes beyond that. They don’t know where to put you sometimes. They don’t know if they like you, they don’t know if they hate you, sometimes it’s how it goes. But I’m going to take it on because I am confident with who I am. There is always someone better and there is always someone worse but I do the best with what I have.

And you get around too.

Oh, I get around. I’ve done so much singing, I opened for Grace Jones at Paramount studios. I’ve done so much TV, about 35 shows, but it’s what I do. Everything falls in my lap in a weird way. I go along with it. I was just thinking about this today… I should have my own hair line. That’s what everyone wants from me, my hair. It’s funny to me. Stevie Nicks wanted my hair. It just goes on and on. 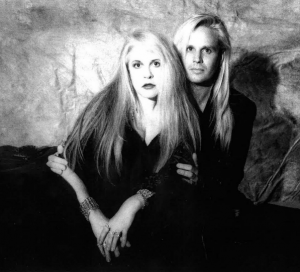 Everyone likes your hair.

I mean it’s cool. I think it’s great. It’s a form of flattery correct? I should make wigs and just sell them, really.

So how did you become so well known?

Remember Paula Jones and Bill Clinton? I think this might be interesting for your story. I did Paula Jones’ makeover which put me on the map. That’s what did it when she sued Bill Clinton. I went to the deposition with her in Washington DC, and that’s where I became famous overnight. That’s how I am where I am today. After that happened I was on every show. I was on Oprah, Geraldo, everywhere. That’s where I got Pamela Anderson as a client, and it just went on and on. It hasn’t stopped since. Paula Jones threw me over the top. The case was thrown out, but the press of course was focusing on my hair. So the thing was when the case was thrown out David Margolick from Vanity Fair called me up. He told me that I was in the New York Post. He told me that I was on the winners list. He told me to keep it because it was historical now. It was a winners and losers list in the Jones/Clinton scandal. I was on the winners list. 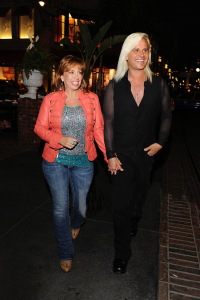