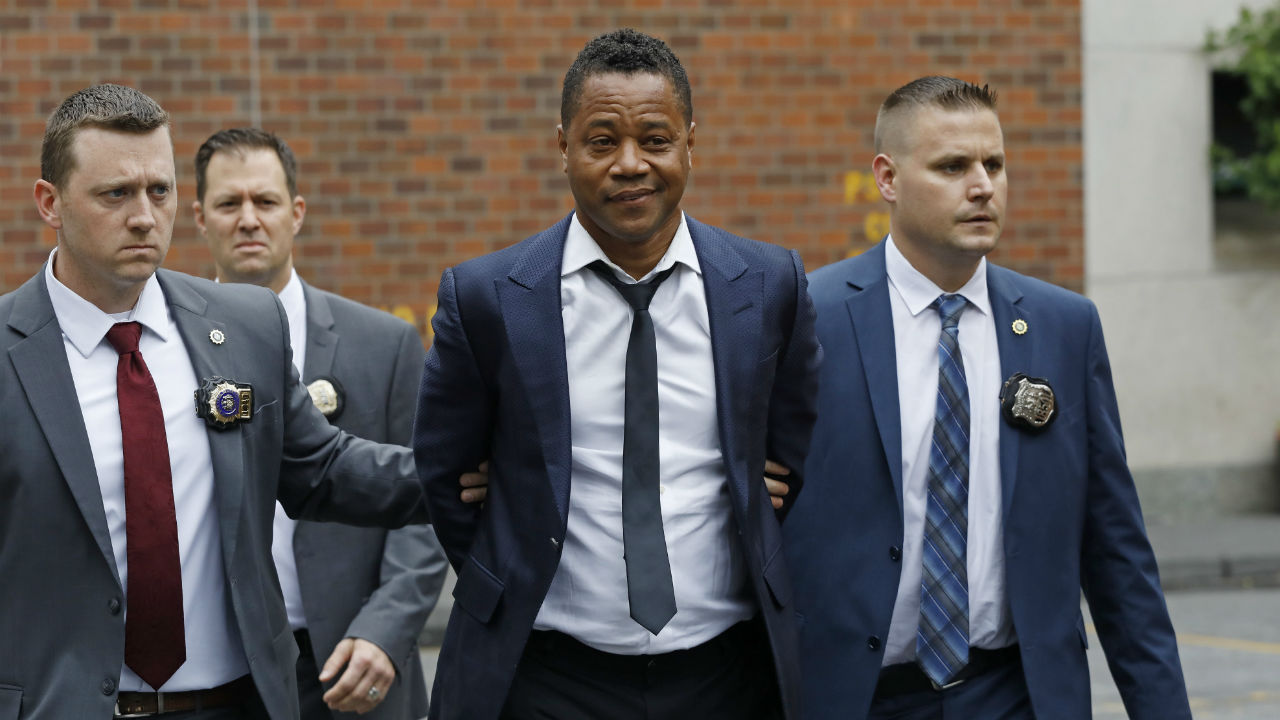 The Jerry Maguire star turned himself in to authorities at the Manhattan Special Victims Unit on Thursday (13Jun19) after a woman filed a complaint with the New York Police Department, claiming the actor had grabbed her breast without her consent during a night out at the Magic Hour Rooftop Bar and Lounge on Sunday.

Gooding Jr. denied the allegations earlier this week, and prior to surrendering to cops, his attorney Mark Heller insisted he had seen the surveillance tape documenting the reported incident, and was confident of his client’s innocence.

The 51 year old is expected to be arraigned later on Thursday, when Heller explained he will enter a not guilty plea.

During a press conference with reporters after his client’s arrest, the attorney claimed the alleged victim was shown on security footage following Gooding Jr. around the venue, and at one point, was asked to leave him alone.

“That individual must have been unhappy about being rebuffed, and apparently went and made this false complaint,” Heller said, attributing the misdemeanour charge to “overzealous prosecution”.

“I must say it was really very disturbing to me after my office reviewed the video, that the prosecutors did not decline to prosecute,” he admitted.

Addressing the accusations on Wednesday, Gooding Jr. told TMZ he was putting his faith in the legal system to clear his name.

“I trust the system and the process to speak for itself,” he said. “There’s a tape that shows what really happened, that’s the most important thing…”

“I’m giving the process the chance to show what really happened, what went down,” he added.