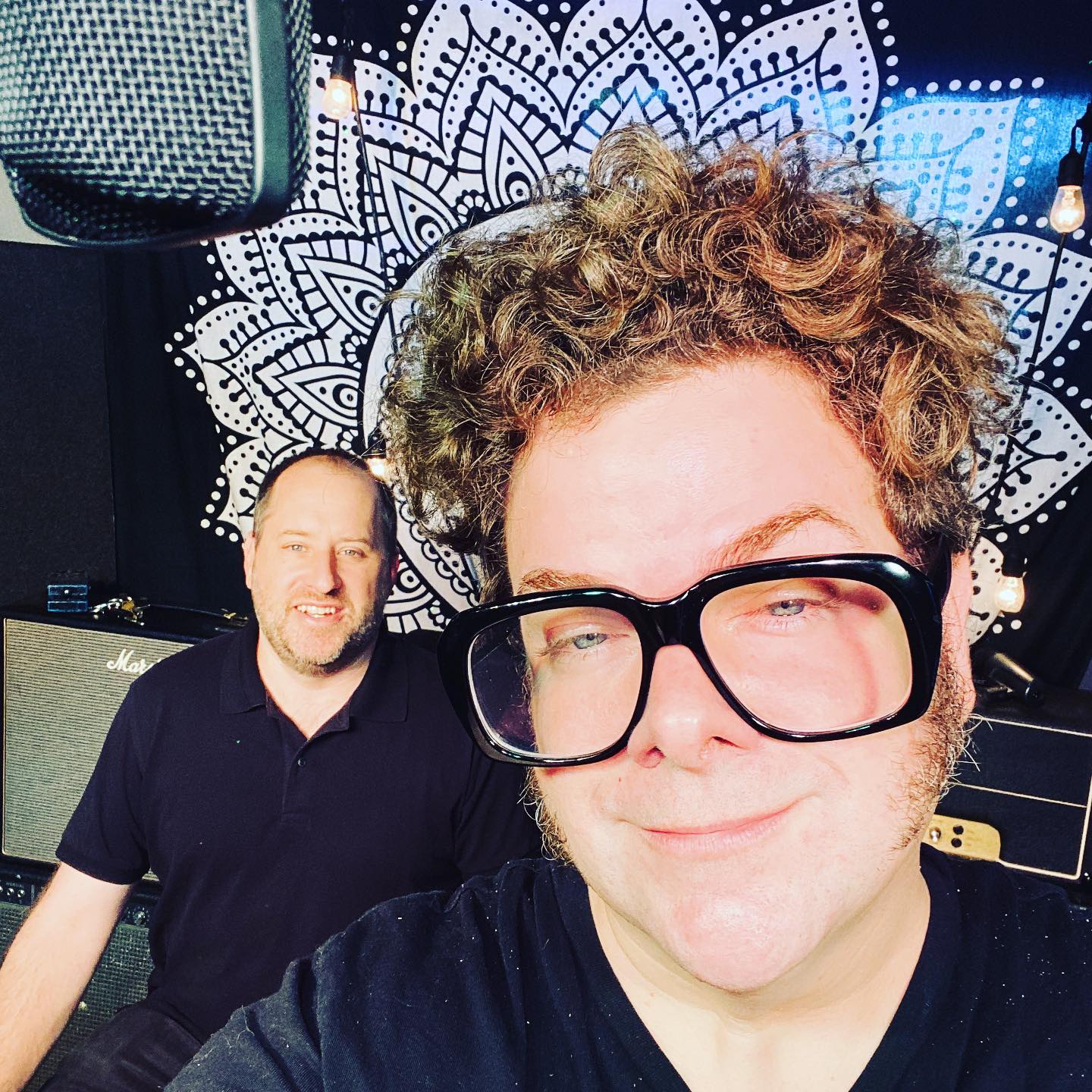 Cacophony 1 – Greg Hoy’s first of two EP releases, comes with a bunch of rocking songs at a time when nobody knows what’s coming next, so it is important to get the word out and heal with as much music going into the new frontier. These songs made me take a good look around and agree with the words of Hoy and sometimes it is good to let the muse do the talking, so to speak. I was able to get the best of both worlds after just one spin of each track, which led me back for more, and even more from Hoy as well.

If these songs don’t move you, it really is getting to be a bad place when such killer music is abound and nobody even wants to hear it, but Hoy is not letting up over the pandemic as he follows the safety but also his heart and does not let it stop him. “Cacophony” opens the EP and explores the very sight of what goes on morning, noon and night of the average person’s 24 hour habits in the device reliant world and it is a tremendously well crafted song, to say the least.

“Messed Up World” is a highlight on Cacophony 1, released as the first single and getting viewed a lot on YouTube because of its activist approach which people are currently glued to. I am of the opinion this is not only a great track but also a very artistic video clip worth checking out. The title of this song speaks volumes alone, but the video only helps, as it should but is not always the case. I really enjoy it from both angles, as I usually am not disappointed with a good video to promote a song while most fans can take it or leave it.

“Here Comes The Light” and “Move Along” play so well together in unison they almost feel separated from the rest of the album concept, but it turns out all these songs are equally awesome so it throws you for a loop at first, but sets you straight by the time it is over. Both of these tracks bubble along nicely and just cook at a different temperature than the others, as they all come out clean in the wash with the first two singles packing the most power and the opener perhaps going the furthest by a slight edge for me.

“Can You Take It” makes the most noise if you also partake in the video to get the entire point of the song which only takes one viewing to get the picture. Between the two chosen singles/videos, this one takes a completely different aim but still demands your attention as does Hoy like no other to be found on the west coast lately. Hoy’s message can also be fully explored on the final track – “Do Unto Others” which almost sounds like a lecture in class, which seems to be called for to one extent or another in the uncertainty of the future.