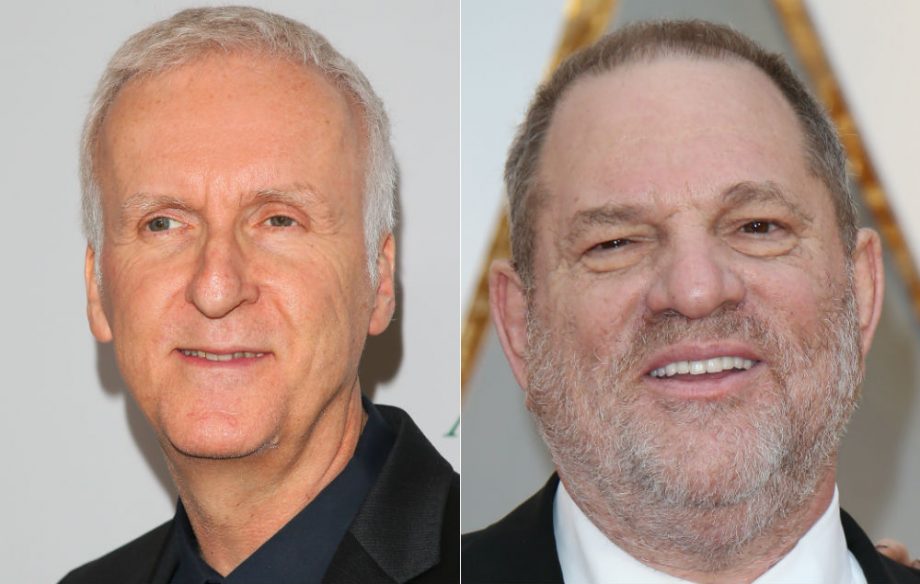 James Cameron: “I almost swiped Harvey Weinstein with my Oscar”

Moviemaker James Cameron almost hit Harvey Weinstein with his Oscar statuette during an altercation at the 1998 Academy Awards.

The Titanic director insists that if Oscars bosses were not begging him to return to his seat after a commercial break, he would have lashed out at the disgraced movie mogul over the way he and his production company partners at Miramax treated his friend Guillermo del Toro during the making of his film Mimic.

Ironically, the 1997 film featured Mira Sorvino, one of the many actresses who accused Weinstein of assault and/or harassment following the publication of a New York Times expose detailing his bad behavior over decades.

In a new Vanity Fair interview Cameron recalled “almost getting in a fight” and hitting the producer “with my Oscar”, adding, “Harvey came up glad-handing me, talking about how great they (Oscars) were for the artist, and I just read him chapter and verse about how great I thought he was for the artist, based on my friend’s experience, and that led to an altercation.

“The music had started to play to get back in our seats (and) the people around us were saying, ‘Not here! Not here!’ Like it was OK to fight in the parking lot, you know, but it was not OK there when the music was playing – and they were about to go live.”

Looking back, Cameron often thinks he should have taken a swipe at Weinstein, joking there are many people in Hollywood “that would’ve preferred I had played through on that one”.

Weinstein has been accused of sexual harassment and/or assault by more than 50 women and is currently under investigation by multiple police departments. He has denied any allegations of non-consensual sex.

The producer was expelled from the Academy of Motion Pictures Arts and Sciences last year (2018).