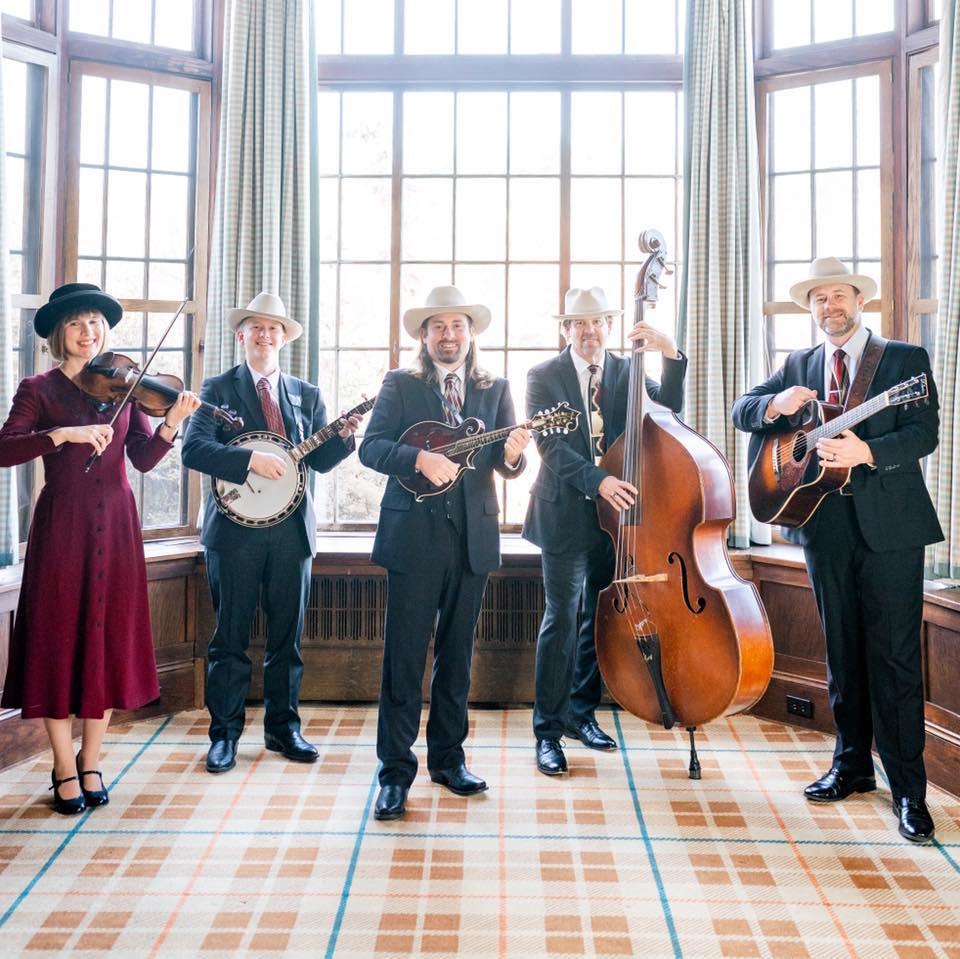 Chemistry is everything in a band, but in the case of a group like Carolina Blue, it’s at the root of what makes every note they play on their new album Take Me Back so difficult to get out of your head once you’ve heard it for the first time. From the gilded groove of “March Around Jericho” to the harmony-powered chills that are guaranteed to catch up with you in their beautiful rendition of “Blue Grass,” Carolina Blue don’t hold back from giving us everything they can muster from within the studio environment here, and for me, it all adds up to one of the better bluegrass records of 2020 thus far.

Whether they’re working an original jam or strutting into a cover like “Country Lovin’ Son of a Gun” or “Too Wet to Plow,” there isn’t a single instance I can point to in this tracklist in which the band doesn’t sound thoroughly emotional and invested in whatever story they’re trying to tell. There’s definitely a cohesiveness to the material that makes the fluidity of the album feel almost progressive, but as a whole, there’s enough of a conceptualism to the structure of this content for me to call Take Me Back anything other than a vibrant collection of wisely-selected songs.

Carolina Blue take a truly provocative approach to the harmonies we discover in “Lost and Lonely,” “I’m Gonna Wait on Jesus” and the gorgeous “Number 73987,” and I don’t believe there is ever a moment that leaves us debating whether or not they’ve got a strong country influence to their sound. I can definitely understand why so many country fans feeling dismissed by the Nashville machine have started getting into bluegrass this past year when listening to a record like this one; after all, when was the last time you heard the rich textural presence of a string part like you can in “Black Knob Breakdown”?

It doesn’t get much better than the tonality of the instrumentation in tracks like “Take Me to the Mountains” and “Raining in Roanoke,” and although it’s clear that Carolina Blue know how to make use of the studio whenever they’re confined within the four walls of a pro setting, Take Me Back makes me want to hear them live. There’s no faking the passion behind “Ballad of Mary Ann” or “March Around Jericho;” in an album like this one, we’re merely getting a taste of what the players bring to the table as titans of the contemporary stage.

Bluegrass and country fans don’t often agree on a lot of the same records, but in this instance I would say that both groups should make a point of checking out what Carolina Blue have just dropped for us in Take Me Back this fall. Take Me Back is a versatile, affectionate record that leaves pretentiousness and predictability on the sidelines before the game even starts, and in 2020, it stands out as one of the more compelling crossovers of its kind to have reached my stereo speakers.