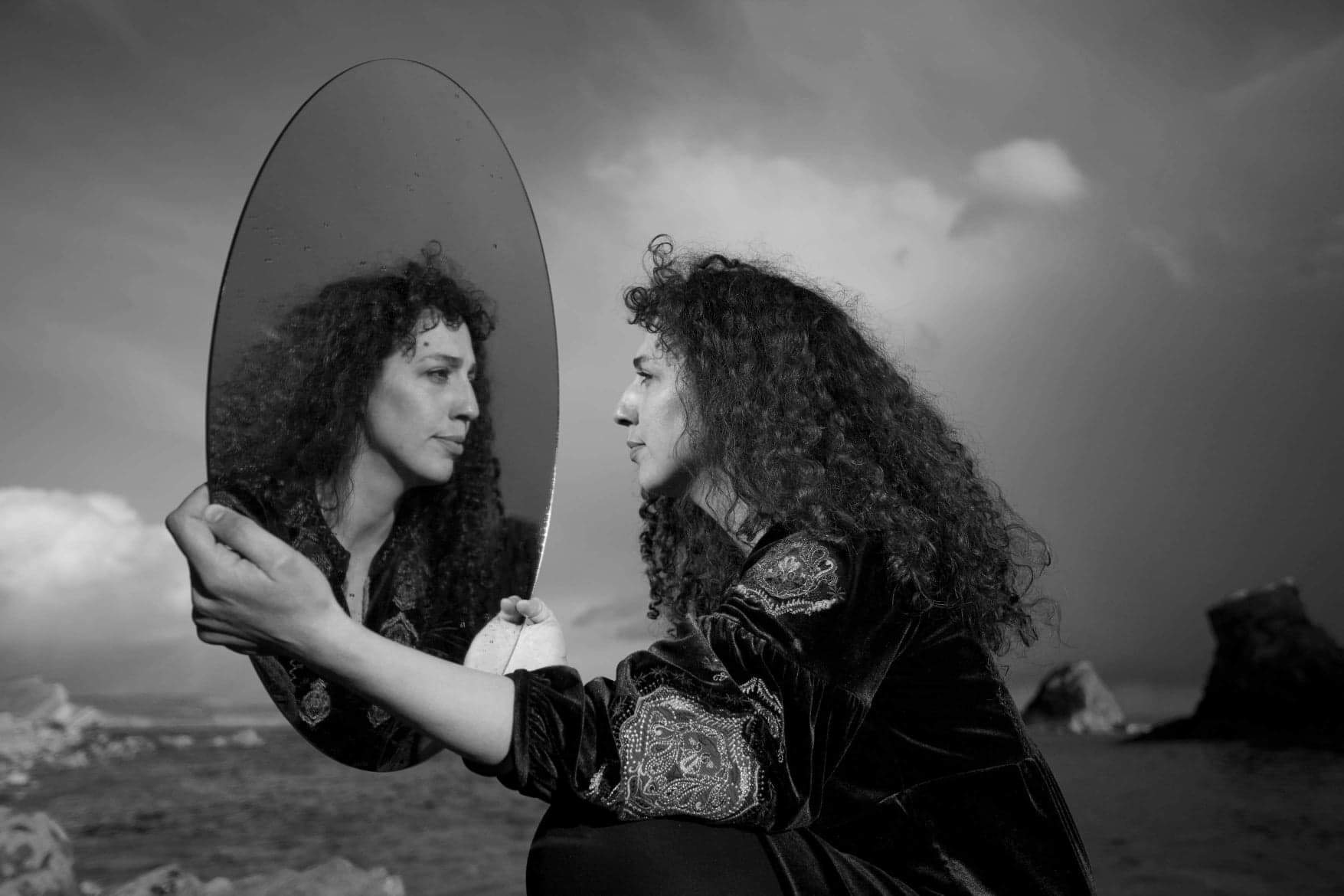 Israeli born but self-identified Londoner Aviv Gavra doesn’t limit herself and that’s evident in her music. Her new EP Infinity keeps one foot in the past and another in the present and future while establishing a distinctive and appealing sound. She’s garnered attention from meaningful outlets not based on being a superficial flavor of the moment but, instead, demonstrating the demanded verisimilitude for a long and substantive musical career. Her operatic training frees her to accomplish many things as a vocalist but one of the most valuable, especially for the purposes of her current work, is the ability to explore the full gamut of her range as needed.

Her cover of Dusty Springfield’s venerable “Spooky” makes a statement. It isn’t just any old cover version, however. Aviv takes over the song with unique and unquestionable authority, playing on the song’s inherent sensuality, and reveling in her updates. They are subtle. It has a much more modern quality in Gavra’s hands than you might expect – anyone betting that she takes an exclusively retro line of attack will be surprised.

“Song Bird” takes listeners away, however, from the cover’s pop inclinations and into firmer jazz singer territory. Make no mistake though, Aviv’s music retains accessibility at all times and doesn’t traffic in heavy-handed embodiments of the style that will set listeners’ eyes rolling. The chorus of this song is especially effective, and the backing vocals are intermittent, yet key. Woodwind and bass make contributions crucial to the song’s final result.

The superb drum sound Aviv’s benefitted from in these recordings continues during “Bus Stop”. It’s impossible to not admire the elastic soulfulness her voice possesses, and she dials into the arrangement’s vocal needs without ever overstepping into self-indulgence. Her rhythm section for these songs has been nothing less than first-class and turn in an outstanding performance. Infinity’s songs are often narrative-driven, and “Diamond Fingers” is one of the best illustrations of this trait. The songwriting has a real penchant for scene-setting, both lyrically and musically, but the characterizations reach a new zenith here. It’s impressive to hear how this song and Aviv’s marvelously expressive vocals so thoroughly delineate the song’s characters with only a few well-chosen strokes.

“Please Sir” is a compelling stylistic turn from Aviv as she expertly handles its light riffing on reggae influences. The musicianship remains uniformly high throughout Infinity, and this is no exception but what will likely stand out by this point, time after time is Aviv’s voice. It has rare confidence, not just born from the joy of having such a powerful vocal instrument, but from the confidence of knowing exactly how to use it for maximum effect. “Please Sir” demonstrates a cool dexterity many singers, new or old, will envy. The title sing doesn’t shift gears much in terms of style, but it does allow Aviv a much larger and open-ended canvas to fill for listeners. Her emotional range will really leap out at you here. It’s a dramatic and deeply felt final curtain for this brief but intensely personal EP.