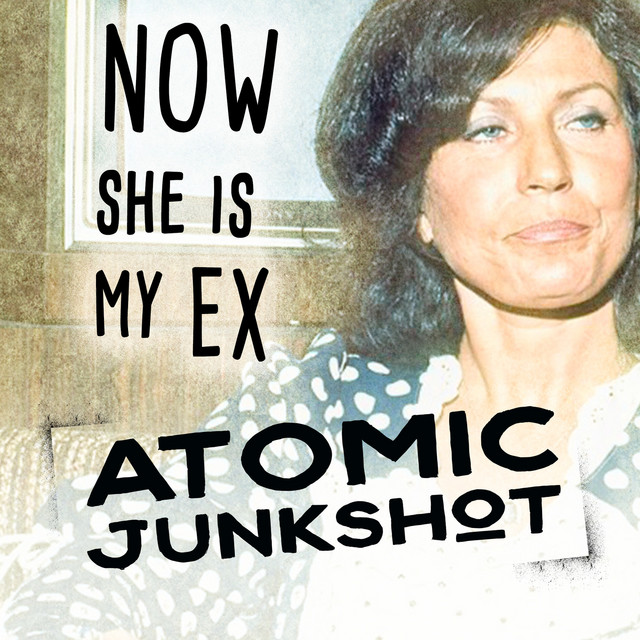 Atomic Junkshot Releases “Now She Is My Ex”

If you’ve lost faith in modern music’s ability to convey everyday realities without dressing them up, Atomic Junkshot will make you believe again. The St. Louis based four piece has plied their chosen trade for a few years now and garnered a reputation as a winning live act guaranteed to impress even the most cynical audiences. It’s all about honesty. They also mix together a proven recipe for making believers out of listeners coupling country honkytonk, blues, rock, and jazz into an irresistible and authentic concoction. The final touch is rich narrative-based songwriting that brushstrokes characters to life rather than belaboring them. These qualities are in full evidence during the band’s new single “Now She Is My Ex”.

Anyone who can bring acoustic guitar, namecheck country classics, and marry it to fuzz guitar riffs is my kind of band. Cap it off with lyrics portraying life’s bitter realities regarding relationships, drinking, and breakups and you have the ingredients for a gritty hard-won vision of how people live their lives. There’s humor in “Now She Is My Ex”, plenty of it, but it’s rueful in its acknowledgement of personal foibles. Rock, blues, and country music thrives when its practitioners embrace unfettered honesty and “Now She Is My Ex” doesn’t attempt to gloss over a single aspect of its situation.

The production is raw, but never so much so that it damages the listening experience. Instead, it’s in keeping with the character of the song. This is a 3am lament, when the bourbon is gone, and the singer broods over what’s broken and cannot be repaired. There’s defiance here as well. It dovetails with the aforementioned honesty at the heart of the song, but Atomic Junkshot never comes across as apologetic. Instead, it’s another example of a songwriting point of view that says, hey, listen, this is the way things are for me, and I’m not afraid to tell a single person.

They do overextend themselves, but only slightly. A nearly five minute running time may strike some listeners as taking things too far but, once again, it speaks to the heart of the track. Atomic Junkshot has something they need to get off their collective chest and they will take as long as they need to get it done, thank you very much.

Namechecking a classic country tune from the genre’s bygone area helps draw them further into that web rather than sounding like a gimmick throwaway line. There are several potent rhymes carrying listeners from one line to the next. Atomic Junkshot don’t shy away from their influences, but instead they take them and filter them through their personal perspective and experience to create something all their own. “Now She Is My Ex” personifies that approach and even a cursory listen to the track makes the case for why the band has earned such a good reputation in such a short amount of time. It’s clear listening to the song, however, that they are poised to accomplish so much more.