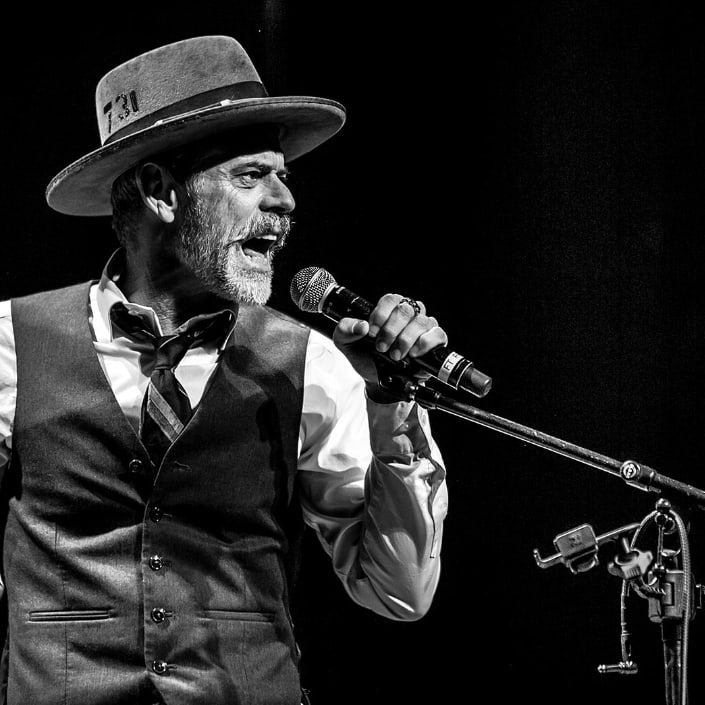 Tommy Howell knows that when one door closes, another one opens. The longtime film star and director C. Thomas Howell pivoted in the wake of the pandemic and set about fashioning a new direction. He hasn’t forsaken his still flourishing film and tv career, but Howell responded to an inner need to express himself that’s paid off in spades already with his first single “Rose Hill”. His second, however, “Whiskey Demon” is an even more impressive outing for this one time Hollywood heartthrob turned grizzled blues and country rocker.

“Whiskey Demon” works in more references to brand names than a hour of prime time American television. Howell, however, deserves kudos for threading these names, some flipped for rhyming purposes, into an entertaining musical and lyrical experience. He’s backed by two of the ablest musical hands in Nashville, Zachariah Malachi and Sweepy Walker, and they provide enough emphasis and bluster to blast through a brick wall. There’s some nuance in their performance, as well.

He takes his time with the track weaving a slow guitar tapestry that develops into the full band arrangement. The moment arrives and we’re thrust into a churning mid-tempo blues burner with obvious country music influences. Few experienced fans of this sort of music will feel like they are in the woods with this material as Howell relies on several well established tropes and musical twists during the song to convey its message and intent.

The lyrics are presumably informed by Howell and his family’s struggles with alcoholism. It comes across as a twist on George Thorogood’s “I Drink Alone” sans slide guitar sprinkled with modern outlaw country and doesn’t really aim the bar particularly high. There’s no harm in that. Howell unquestionably treats the song as a cathartic experience, his passion burns in each line, and his vocal growl doesn’t sound like an attempt to bamboozle listeners. It’s real and he means it.

Howell’s working with a cadre of talented Nashville stalwarts to help bring this off. It never sounds like a half-cooked affair, however, and anyone doubting that doesn’t need to look further than the guitar playing during the song’s second half. Guitarist Zachariah Malachi’s presence in the song provides Howell with the needed foil for such a track and he gathers intensity as the song nears it conclusion.

You nay like Tommy Howell even more than ever after hearing this single. The onetime star of 1983’s The Outsiders, among countless others, isn’t writing and recording groundbreaking music. There’s no re-inventing the wheel going on. Instead, he bears down on what he knows and believes to be true. Howell, in the process, produces his most memorable single yet and sets himself up for a third that I am sure will follow. “Whiskey Demon” can be enjoyed late at night when you’re closing the bar, it can be taken seriously if you like, or it can be plain good fun. Take it as you will. Tommy Howell is taking everything he can, however, and giving it back to us in spades with this track.