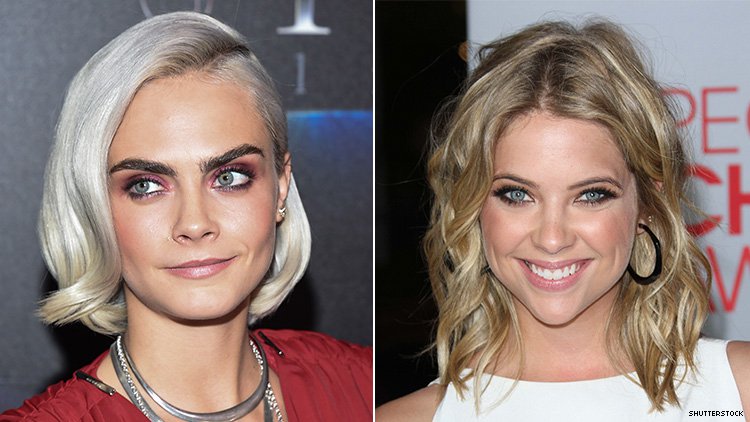 Ashley Benson has appeared to confirm her romance with Cara Delevingne by labelling the model “mine” in a post on Instagram.

The Pretty Little Liars actress and Cara sparked romance rumours in April (2018) and have since been pictured accompanying each other at various public events, but have yet to speak publicly about the claims.

However, it seems Ashley may have given fans a hint as to the nature of her relationship with Cara. As the model-turned-actress shared a picture of herself wearing a revealing gold dress with mesh panels on Instagram, Ashley was seen commenting underneath “mine”.

The 28-year-old then made a naughty remark as she wrote “I can see your” alongside three sushi emojis, before then commenting again with the poo emoji.

Ashley’s cheeky comments come after she told People Now recently that she will always keep quiet when it comes to her love life.

“I think it’s the best way (to be) in any relationship,” she says. “I’ve always been very private about them, and I think it’s just better.

“I mean it’s hard… you kind of can’t get away from (losing your privacy) if you’re in the public eye,” she adds. “I just kinda try to keep myself as private as possible.”

Ashley and Cara, who are co-stars in new movie Her Smell, were first linked romantically when they were spotted holding hands during a night out in New York in April. Weeks later Benson shared a snap of herself with Cara on Instagram, and the lovebirds were reportedly spotted making out at a taping of Saturday Night Live a week later.

Cara was last linked to Paris Jackson earlier this year, while Ashley has reportedly been dating Ryan Good on and off since 2011.