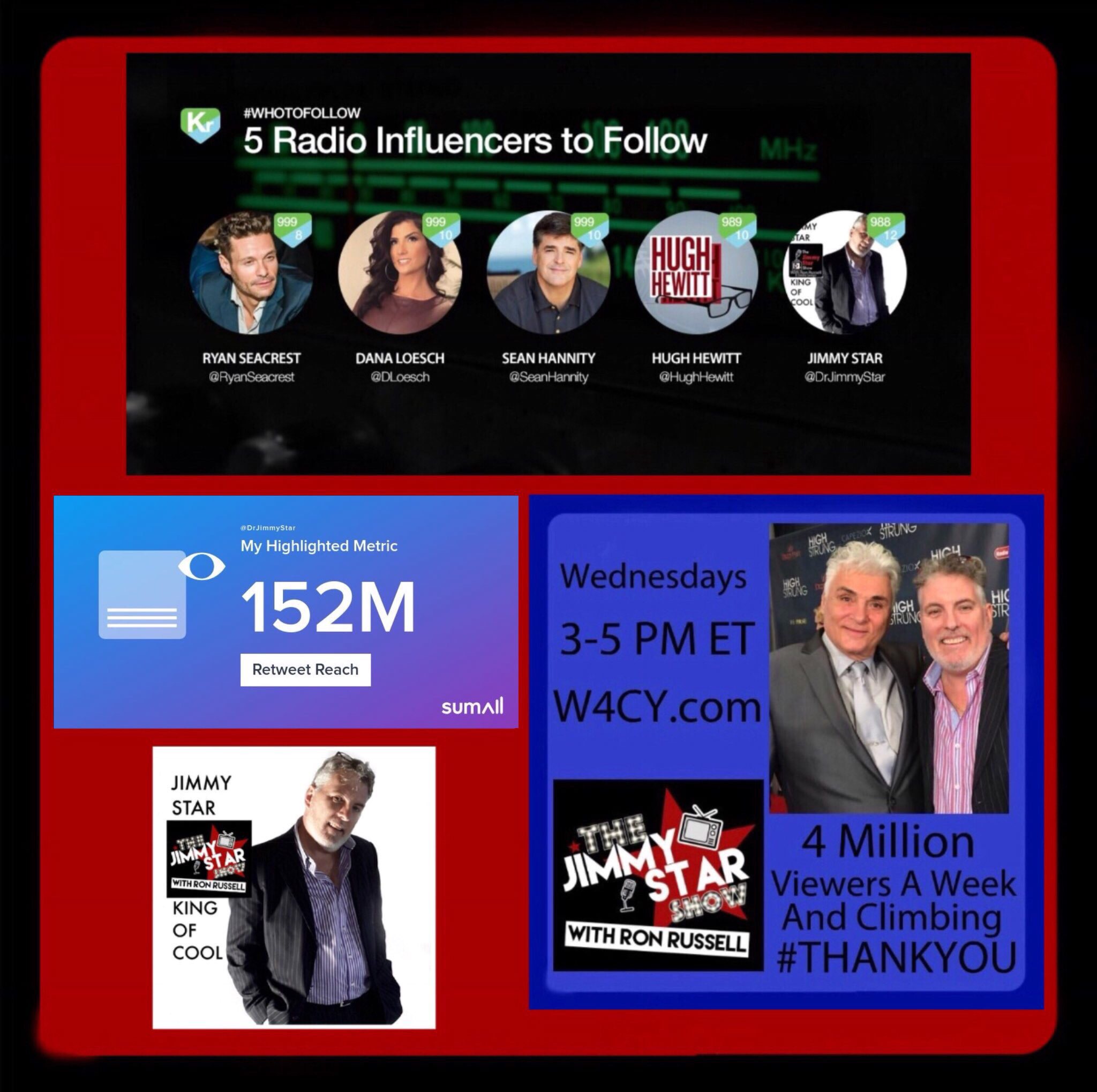 Are Television Networks Really Showing What the Audiences Want to See? by Addison Coleman

I am always amazed at the programming of all the major tv networks in the United States. I watch a lot of television, and also web television, and sometimes I am disturbed by the shows that do not get any recognition by the major players, even though they are way more popular than the shows being distributed on a daily basis.

Do you like talk shows? I love them. My favorite show of all time is a web

show called The Jimmy Star Show with Ron Russell….it is a live broadcast every Wednesday featuring celebrities of tv, film, and the world of music. It is basically a Variety show with celebrities, music, comedy and just a whole lot of fun, and is hosted by Jimmy Star and Ron Russell, a GAY married couple who bring the viewers into their lives every week. It is hilarious, and I often see the same material that they talk about every Wednesday after their show airs on the major talk shows like the Late Late Show, Jimmy Kimmel Live, Late Night With Jimmy Fallon, Last Call With Carson Daly, Real Time With Bill Maher and The Ellen Show. Easy as funny and fun to watch as all these shows, the only real difference is that they are not censored, not always politically correct and they are GAY…..

Wanting to delve a little more into popularity I did a google search of all of the players to see what I would find. Here are the results:

I find these results astounding, as all the shows are on major networks, and TV Host Jimmy Star has 400,000,000 million more search results than the next biggest tv host, and The Jimmy Star Show with Ron Russell gets crushed by the Late Late Show and is close to The Ellen Show, but crushes all the other shows by a very large margin. This is a show that gets great talent and has more public interest than the biggest talk shows on television, yet is not on a major or cable tv channel. Are the networks afraid of having an OUT GAY MARRIED COUPLE on the air?

I next went to look at the IMDB ratings for all of these shows, and the Jimmy Star Show with Ron Russell was higher in the reviews than all of the other shows.

I really think it is a shame that with all the platforms and channels on television, that no networks are jumping on board with this incredibly funny show, which boasts 4 million weekly viewers/listeners and that I cannot wait to watch every week. It is original, unscripted, the two hosts are a great team, and the fans get to interact with the hosts and guests via a chatroom that is included in each show. With all the search results showing who is popular, and all the attention the show receives in social media, as well as write ups in major publications, I really wonder why these two men are not the biggest celebrities in show business….watch their show every week and you will become a fan too…and maybe the networks, ABC, CBS, NBC, HBO, Netflix, Amazon, BRAVO, and the rest of the places we get our content will see this article, wake up and distribute the funniest talk show and make it mainstream for the rest of the world to enjoy….. There is nothing wrong with being GAY…get over it and have some fun.