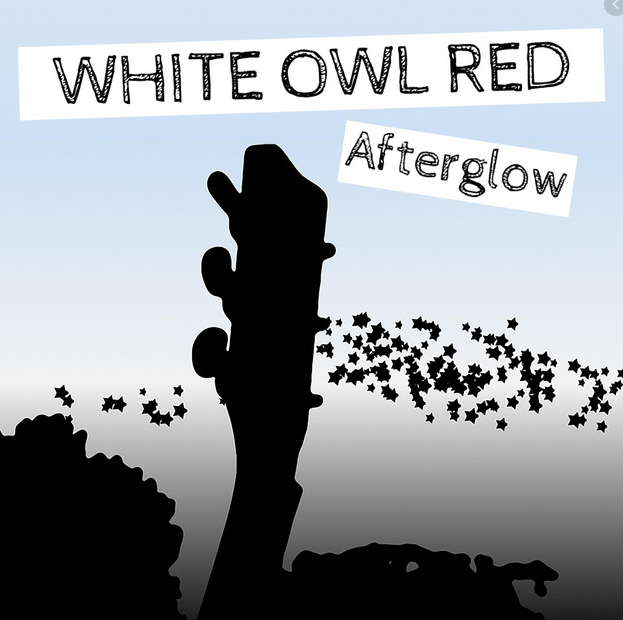 If you’ve ever heard the music of White Owl Red before, you already know that string play is often the backbone of the Josef McManus-led project’s sound, but in the act’s latest release – Afterglow, which was released this year everywhere quality indie folk/rock is sold and streamed – it plays as great a role as McManus’ own vocal does. The guitar is the star in the title track of this pastoral rock LP, much as it guides the grooves of singles “Working Class Heroes” and “I Walk the Line (For You),” and whether you’re a six-string buff or not, it’s an element that will engage anyone who catches a glimpse of this album’s most powerful moments.

There’s a lot more to Afterglow than just gilded guitar tones; after all, when listening to songs like “Out on the Waters,” “Hell and the Blues,” “Hold On” and the juggernaut “Tip Top Bobs,” everything from the percussion to the vocal harmony itself is presenting us with a different layer of emotion. There’s scarcely a juncture in this record where White Owl Red doesn’t sound deeply invested in the narrative he’s trying to get across, which is something I could only wish to see among his mainstream rivals nowadays.

At the center of every song on this LP is the magnetizing melodicism of the lead vocal, which despite flexing some legit muscle in past releases bearing the White Owl Red name sounds much more relaxed and on-point in tracks like “The Way I Feel Now,” “Through Is Through” and “Wake Up” than it ever did before. There’s no hesitation on the part of our leading man here – contrarily, I’m not sure that he’s come across quite as confident in his performance as he does in a couple of this record’s most climactic fever pitches.

As far as the production quality is concerned, Afterglow is a superbly tight album that doesn’t leave us guessing how richly textured and full a song like the title track or “Tip Top Bobs” might sound in a live capacity (a tough feat for any artist to pull off). It’s perhaps not as evenly mixed as Existential Frontiers was, but I don’t know that White Owl Red was looking to go super-polished in this instance; there’s a certain authenticity that comes with filtering fresh material through a raw, unconventional sound, and that could be why this LP stings as hard – and as often – as it inarguably does.

Though I just started exploring White Owl Red’s complete discography a little closer this spring, I’ve come to appreciate his approach to songwriting all the more thanks to Afterglow, which I deem the most mature offering this act has released thus far. Josef McManus isn’t working with major label money, but he’s nevertheless turning in some of the more evocative and gripping material you’re likely to hear on the left side of the dial in this latest effort as W.O.R., and that alone makes it a worthwhile listen for anyone who demands organic quality in their music.