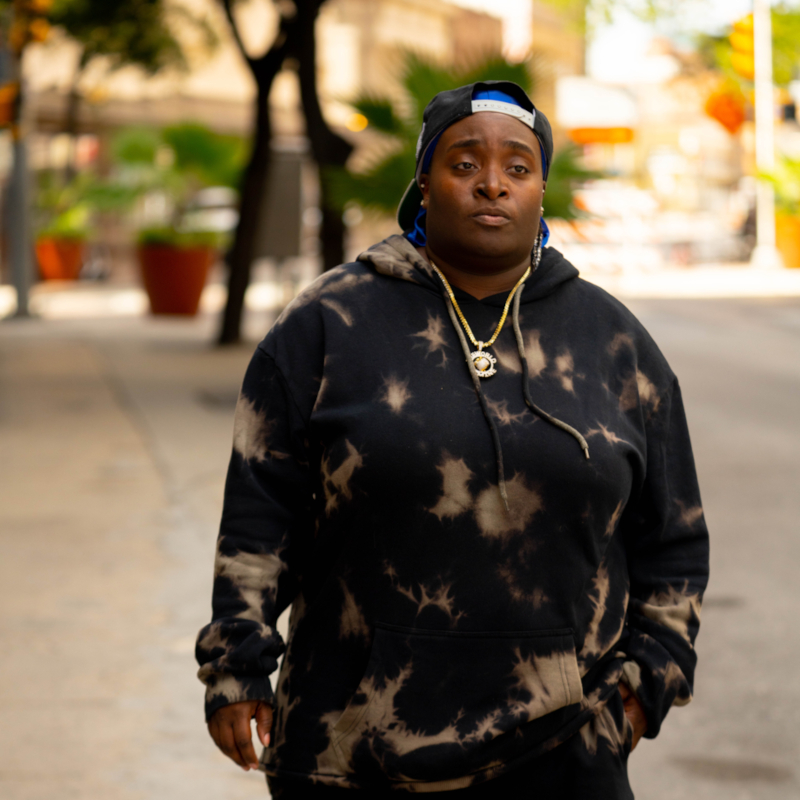 Studd Da Kidd, an emcee and entrepreneur from San Antonio, TX, has been making waves with her music consulting firm, DRH, and her upcoming weekly Exposure Explosion Festival, which will feature artists on the rise, small local businesses, and other interactive media from different cities and states.

Most recently, she relaunched the record label TAMA Industries, a sort of “boot camp” for new artists where they can get their career started while also learning how to hone and perfect their craft. When she started DRH Consulting, she not only wanted to help artists start their music career, but she also wanted to provide other types of support for them, like finding them childcare or housing, and getting them the studio time they need so they could actually focus on creating rather than being bogged down by the stresses of life. It’s definitely a deeply admirable thing to attempt; there’s scores of people out there that have talent and just need to be given the right kind of chance.Studd Da Kidd comes off as super confident and undeniably powerful in her online presence with her red tracksuit and “The World Is Mine” gold chain. She looks like someone who would know how to help you reach your goals. She had her own serious struggles growing up, being placed in the foster care system and being diagnosed with autism, diabetes, a seizure disorder, and other problems as a child.

She clearly has let none of this stop her from achieving her own goals, and it’s heartwarming to see that she’s in turn now helping other people accomplish their dreams. Hardships either destroy or create, and Studd Da Kidd is deeply committed to creation. It’s also probably why she had the idea to create a record label that was compassionate. TAMA Industries seems a lot more inviting than other pieces of the music industry. While I’m sure she would eventually like to turn a profit, it would appear the main goal is much more empathetic.

Studd Da Kidd is the kind of person you don’t sleep on. She seems to have her sights set on being the next big music producer, and with her interesting and helpful platform, those lofty goals could be met. Her career is something to take note of. TAMA Industries, DRH Consulting, and the eventual Exposure Explosion Festival all focus on helping people build their music careers, rather than just exploiting them for a few good singles.

She wants to give a voice and a platform to people who haven’t had a chance before, and she seems willing to help them on every step of the way. It’s nice to see someone rise from an unstable place and want to give stability to other people. While it seems like an immense amount of work, it’s good and much needed work; it’s the kind of work that will hopefully pay off big time. Studd Da Kidd seems more than ready to unleash her talent and the talent of her clients onto the world.