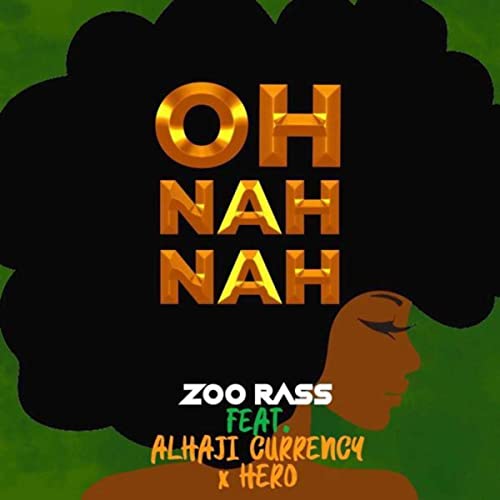 Clawing out of the darkness and into the light, we find a melody as rambunctious as it is mildly rebellious and highly evocative at the onset of Zoo Rass’ “Oh Nah Nah.” We’re no more than thirty-seconds into the strut of a bumpy bassline and the rich lead vocal of Rass when it becomes clear just how rich and decadent a treat we’re sitting down to share here. In “Oh Nah Nah,” instrumentation lends as much agency to the lyrics as the tone of our singer’s voice does, and while this is undeniably one of the more multifaceted compositions I’ve heard out of the hip-hop underground lately, it’s hardly an exhibition in experimentalism. Zoo Rass, who is joined by Alhaji Currency and HERO in the studio for this most recent dispatch, exudes a rare swagger in this song that is infectious to say the least, and while his is hardly the only track of its kind worth getting seriously excited about in the year 2020, it’s undisputedly one of my personal favorites out this June.

As we get lost in the hypnotic grind of the percussion in “Oh Nah Nah,” it’s difficult to ignore the underlying industrial influences that skew the trap components of this composition. Because of the lack of props within the mix – big synths, over the top melodic accents and numerous vocals intersecting – there’s not a lot of weight on the backend of the track save for the bassline, but as I see it, there really doesn’t need to be. By spacing out the distribution between the harmonies in the chorus and the stinging raps we hear in between the cathartic releases, Zoo Rass is able to circumvent a lot of the pitfalls that some of his less than erudite peers in hip-hop and indie R&B would just as soon find themselves trapped in with similarly ambitious material. This is an artist who knows who he wants to be, and more importantly, what kind of a musical direction he wants to go in as the 2020s begin to come into focus. This is a competitive era to be coming up in, but with chops like his, I don’t think Rass has too much he needs to be concerned about moving forward.

Fading into the background like a midnight haze over the moon, “Oh Nah Nah” comes to a conclusion after nearly three minutes of gorgeous harmonies and textured verses that could have easily stood in the place of percussion and rendered just as sexy a beat. Zoo Rass isn’t the household name that some of his rivals in the mainstream might be at the moment, but as long as he keeps recording music as rhythmically stimulating and emotionally vulnerable as this most recent release is, he’s going to continue increasing his visibility with fans and critics around the globe right now. I really like the aesthetical cocktail he’s put together for us in “Oh Nah Nah,” and with any luck this won’t be the lone occasion on which he works with such attractive ingredients.