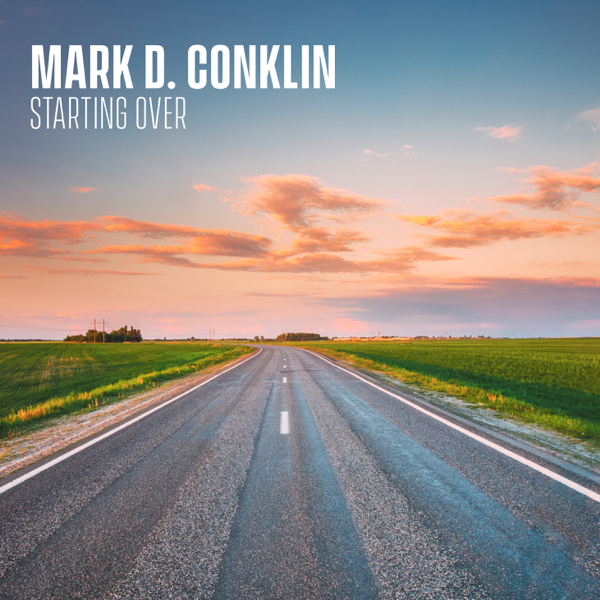 “Starting Over” (EP) by Mark Conklin

I hadn’t heard the name Mark Conklin until delving into this six song EP for the first time and I could hardly be happier with what I’ve heard. Conklin is an unique performer in the country music tradition who manages to invoke all the genre’s best elements while also layering his songwriting with the sort of timeless that devoted fans of the singer/songwriter format, like myself, cherish. He introduces himself dramatically with the opening cut “Starting Over”. The title song for this release positions Conklin as a man intent on bearing his soul in musical form and the counterpoint of his robust voice, lyrics, and lonesome sounding slide guitar makes for a potent opening. The aforementioned lyrics are perfect word for word and I felt a bit breathless by the song’s conclusion hearing him expose him with such naked yet forthright strength.

He turns his attentions outward for the EP’s second track “Circus”. This is where his skill for developing a character in song leaps to the fore as Conklin’s portrait of an unhappy and aging one time performer laments over a disappointed life and the choices made during those days. The presence of circus music in the song, never overwrought and only sporadic, adds a nice musical note to the performance. It boasts strong drumming and clean double tracked vocals that add further musical quality to the performance. The lyrics are once again sharp and brimming with significant detail that heightens listeners’ experience of the song..

“No Savior” is, perhaps, the EP’s least successful number, but it has a number of fine attributes anyway. The vocal arrangement is flawless – the almost Eagle-esque harmonies lend it a near ethereal touch and the instrumentation is on point throughout. Juxtaposing Conklin’s voice with a female counterpart is a smart move. The only weakness for me lies in the lyrical content which lacks some of the sharp eyed detail I heard in the preceding songs, but it is far from any sort of fatal flaw.

He comes back in fine form however with the fourth track “When a Girl Gives Up”. It is a heartfelt but equally heartbroken reflection on the end of a romantic relationship viewed from the point of view of the man recognizing that he’s crossed an invisible line and his partner is ready to leave him. The acoustic guitar matches the emotive tone of both the lyrics and Conklin’s own hushed aching voice. It’s a revelatory piece and my second favorite song on the EP release.

“Before the Flood” does an excellent job documenting the unjust vagaries of American life over the last quarter century as everyday people have struggled and life has forever changed for our national identity. He never adopts any kind of strident style sharing his thoughts about this and writes with clear empathy. The uncluttered musical accompaniment helps sharpen the message behind the songwriting. It’s yet another memorable accomplishment on an EP release of surprising breadth – Conklin manages to cover in these few songs the sort of scope other talented songwriters manage on much larger albums. I’ll be waiting for more.