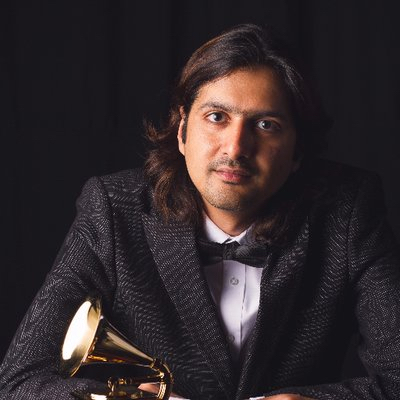 Songs That Can Change the Future of Our Planet! by Mike Greenly 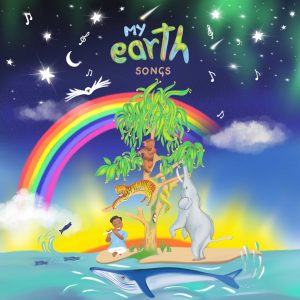 So I’m a former Fortune 500 VP who realized he would live longer not working on the executive floor anymore but, instead, using the knowledge I gained to help today’s corporate leaders with their meetings and events. I write their speeches, improve their PowerPoint slides and – drawing from my own self-transformation from terrified to calm, cool and collected on-stage – I also coach them and their teams in how to give better presentations.

In my spare time, however, I love writing song lyrics … which is how I met Grammy-winner, Ricky Kej, at several networking events for songwriters, including the Indie Collaborative which meets throughout the year across the United States. I also happen to care a lot about the future of planet earth and its endangered ecology.

That’s why I asked Ricky for an interview so I could learn about his latest effort to improve the environment we all share and will leave to future generations. I was inspired by what I learned ….

Q: Even before I met you, Ricky, I’d heard about your focus on the planet’s environment. How did you develop that interest?

A: It seemed to find me instead of the other way around. As I look back on my life, I can see that I’ve always been focused on music as well as nature. Cartoon shows on TV didn’t seem do it for me.

Instead, even as a young kid, I was fascinated by the music of different countries around the world. I was also drawn to animals and the natural world they live in. I also enjoyed pondering the “personalities” of every animal I encountered or observed … from insects to elephants!

Eventually, I realized that maybe my interest in music could make a difference in the world around us. Which meant I had to learn how to compose my own melodies and turn them into songs that could bring attention to nature, itself.

Q: So you set out to be a musician as an adult?

A: It turned out not to be that simple! My father is a physician from a family background steeped in medicine. When I told him about my plan to be a musician, he thought I was nuts! “How can music be a profession?” he asked me.
The only way I could get him to support my musical dreams was by agreeing to first to acquire a professional “safety net” in case my crackpot idea didn’t work out. That’s how I ended up going to Dental College for five years where I got my DDS degree.

The first day I became a dentist – handing to my proud dad the certificate I had earned – was also the day I became a full-time musician. Soon I was making music for TV and radio commercials. I ending up creating music for advertisers that ranged from tech companies like Google and MicroSoft to consumer goods like Pepsi, McDonald’s and many more.

I’m lucky to be able to say that I’ve now composed for over 3500 commercials and four feature films. I even wrote the score for the opening ceremony of the Cricket World Cup 2011 in Dhaka-Bangladesh. I know how fortunate I am … not only that I am able to do what I love each day, but also to have attained a bit of success in the process.

Q: I’ll say! You’ve had more than “a bit” of success! You’re the fourth Indian to have won a Grammy and the youngest of them in Grammy history. How did that happen for you? 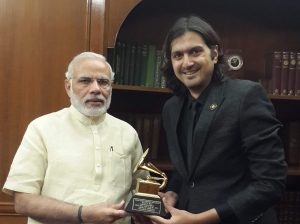 A: I don’t know if it was luck or destiny, but the answer stems from a wonderful collaboration. More than five years ago, I connected with South African flute player, Wouter Kellerman. I was already a fan of his music and he said he knew of and admired mine as well. So it was only just a matter of time and logistics before we finally met in Los Angeles.

During our early conversations, I told Wouter that I’d composed a piece of music inspired by peaceful and non-violent ideals of Mahatma Gandhi, who led India’s quest for independence. As though my partnership with Wouter was meant to be, it turned out that he was on a parallel track — working on a piece of music celebrating the work of Nelson Mandela, the father of his nation. It was suddenly clear: Wouter and I shared a number of synergies.

The synergy goes even further! It turns out that Mahatma Gandhi had spent his formative years in South Africa. Nelson Mandela, meanwhile, had been heavily inspired by Mahatma Gandhi. Wouter and I came from very different nations but with shared ideals. He started adding a South African flavor to my music, while I began adding some Indian flavor to his. Soon we were best friends, traveling and collaborating together.

Two and a half years later, we launched our album, “Winds of Samsara”. I was astonished and delighted when we made all the way to #1 on billboard magazine’s New Age chart, all the way to #1. That work is what got us the Grammy!

Q: What was the impact of a Grammy in your life?

A: That acknowledgement became a powerful catalyst in my life. I felt encouraged to keep using music for the causes I believe in.

After the Grammy win, I was invited to a private meeting with Narendra Modi, India’s Prime Minister. What an honor! He and I had an hour-long philosophical discussion … not just about the future of India’s 1.3 billion population, but about life ahead for all of us on earth.

Prime Minister Modi was already aware I’d become a strong conservationist. But that milestone meeting in my life led me, moving forward, to dedicate my life and music to raising Environmental Consciousness across the world. Since then, all my music has focused on raising public awareness of the Environment and climate change.

Q: Well you certainly made a splash with your album, “Shanti Samsara”. A multi-national splash, right?

A: Yes and it’s been astonishing. “Shanti Samsara – World Music for Environmental Consciousness” – was launched by two national leaders … not only Prime Minister, Modi but also the President of France, Francois Hollande. The debut took place at the World Leaders at the Paris Climate Change Conference in 2015.

In the spirit of a “one world” mentality, the album includes the work of over 500 musicians from over 40 countries … from the U.S.A. to China; from Algeria to Australia; from Senegal to Sweden and more.

Since then, I’ve been performed its music at the U.N. General Assembly in New York City, as just one among very special venues in 20 countries. It means more to me than I can say to help raise environmental consciousness among the thought leaders and lawmakers of the world, along with scientists, environmentalists and the public at large.

Q: And now you’ve got “My Earth Songs”. How did that come to be?

A: I’m focused a lot on children these days after concluding that if we want a more environmentally conscious society, we need to start with our children and raise their consciousness of the need. I guess you could consider “My Earth Songs” as my own “musical education program” for kids.

A: Well, “My Earth Songs” is meant to be universal, for children everywhere. It underscores the needs of our planet and the steps that we, its people, should take in order to ensure a clean, green planet for generations to come.
One of my countrymen – Nobel Peace Prize winner, Kailash Satyarthi, who’s a children’s rights activist – once observed that, “The power of youth is the common wealth of the entire world.”

I believe in that! I’m absolutely convinced, that the more we can enlighten young people through the appeal of music, the more they will bring a consciousness of our planet’s health to everyone, now and in decades to come. We need nothing less than a worldwide movement!

Q: How do you picture a movement happening?

A: I’ll come back to my believe in the importance of the United Nations.

In creating “My Earth Songs”, I was inspired by the Sustainable Development Goals of the U.N. Each SDG is highlighted by at least one song on my album. Every song was created with deliberately simple language, to help children five to 11 years old memorize the words. That’s also why we’ve worked to make the tunes, themselves, catchy.
Further progress: “My Earth Songs” is now endorsed by UNICEF, a U.N. program that brings humanitarian and developmental assistance to kids and their mothers in developing countries. MacMillan Publishers India will include versions of the songs in over a million textbooks, beginning with the 2019 academic year.

I’m also glad to say that the songs are totally free for anyone on earth. My dream is have them sung by kids instead of today’s mindless nursery rhymes. I’m prepared to work with anyone, anywhere to get them translated into other languages – as long as the songs remain available at zero cost. The more the tunes and words spread, the more they’ll also be spreading greater environmental consciousness for earth.

Q: It’s beautiful that the “My Earth Songs” album is free, Ricky! How can people find it?

A: Here is a download link for the Lyric Picture Book: https://bit.ly/2LbNn4F

Download link to all the English songs (MP3): https://bit.ly/2uwSfqC

I’m interested in anyone’s help as long as it’s understood that the idea is not to make money … it’s to bring these songs to kids everywhere for the sake of everyone’s future!

I can be reached any time at music@rickykej.com

Q: Okay … I know some kids I’ll share these with right now! Thanks and congratulations to you, Ricky. You set out to make a difference in the world. Seems to me “My Earth Songs” is a glorious way to do that.

A: Thank you! And thanks for sharing with every kid around!