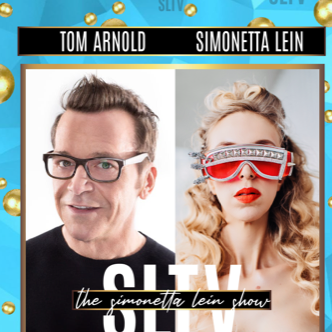 Tom Arnold Guests on The Simonetta Lein Show On SLTV

As The Simonetta Lein Show premiers its 4th season premiere, the show welcomes American comedic actor, writer, and producer, Tom Arnold. You probably know Tom best for his role as Arnie Thomas on the classic American sitcom, Roseanne, a show he not only starred in but wrote for, and eventually went on to executive produce. Over the decades, Tom has worked on numerous projects, shows, and movies, working alongside countless Hollywood legends and earning himself both a Peabody Award and a Golden Globe Award. Today Tom continues to film a multitude of independent projects and also has his own podcast, OFF-TOPIC WITH TOM ARNOLD. Tom joined the 4th season of The Simonetta Lein Show to discuss his time on Roseanne, the realities of parenthood and divorce, successfully pursuing a nontraditional career, and so much more. It is an episode you will not want to miss!

Simonetta’s prominent profile on Instagram has earned her more than five million followers, and she continues to grow her following by demonstrating her commitment to making a difference in her adopted city of Philadelphia and all around the world.

Thank you to the amazing team behind #TheSimonettaLeinShow,