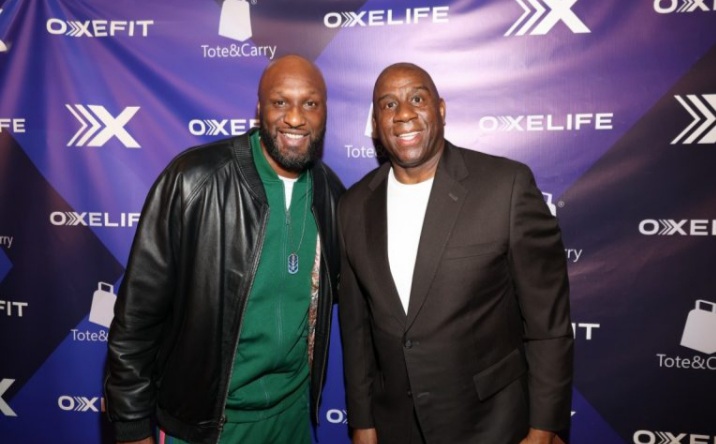 Lamar Odom and Dr. Nooristani, CEO of Balance7 arrived at the Staples Center in fashion for the Los Angeles Lakers versus Phoenix Suns Game for the launch for OxeFits’  XP1 and XS1 Smart Gym.  Hosted by Magic Johnson, Sibley Scoles from Access Hollywood Baron Davis, and Brent Johnson, CEO of Oxefit.

Celebrity Guests were given demonstrations from health experts and influencers Rosa Acosta, Barbie Blank, Caitlin O’ Connor and more.  Sponsor Balance7 was in the house passing out lavish gift boxes with Balance7, a high alkaline pH boosting supplement that rapidly strengthens the immune system. Dr. Nooristani was on site to answer questions regarding Balance7 and health concerns and/or just general questions on breaking down Acidosis of the body which is the cause of most diseases in the world today!

During the game guests were treated to a “silent disco ” by actor Deon Cole.  After the game festivities continued at the Ugly Xmas sweater after party which was hosted by Los Angeles Lakers center Dwight Howard, with DJ Cassidy and DJ Drama.