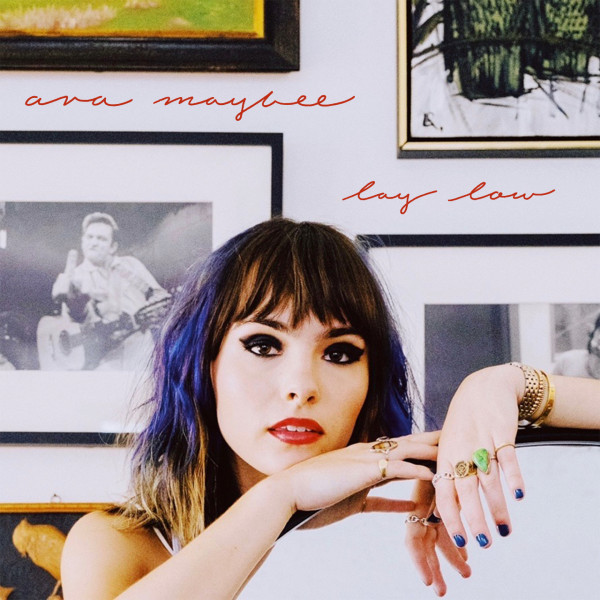 While I hadn’t heard of her prior to getting into the all-new single “Lay Low” this November – her first official studio work, I should point out – I immediately knew that Ava Maybee had a talent worth taking note of when I listened to this phenomenal rookie release recently. Ava Maybee approaches the mic with a heartfelt melodicism that has been mostly missing from the mainstream pop circuit in 2020 with “Lay Low,” and though it seems a bit conservative in style compared to what she could potentially turn in, it’s a good, safe start to her career all the same.

The dueling we witness between the vocal and the bass parts in this song is absolutely sublime, but I don’t think it takes away from the soul of the lyrics at all. I actually see the juxtaposition of chaos as doing a lot to colorize the narrative of “Lay Low” without asking Ava Maybee to get overly blunt with her lyrical choices here, and when taking into account how many different avenues of expression she really is juggling, there’s no dismissing her performance in this track as being even remotely synthesized, artificial or fake in any way, shape or form.

“Lay Low” has a percussive part that features a lot of brilliant textural emphases that other artists might have been a little too reticent to try and experiment with themselves, and though it sounds rather brittle (intentionally, however), I get the idea that this was meant to spotlight the emotion here as much as any singular verse was. There’s nothing unnecessarily accentuated in this mix, but instead a multilayered composition that simply needed to fall into the right hands to sound like a million dollars – and, luckily for us and the pop genre in general, it did.

I’ve been wondering how this song would do in a live gig since I first pressed the play button on its three minutes of pure charm, and though it could be a minute before I have the chance to experience it in a proper venue, there’s evidence here to suggest that the concert sound could be just as powerful as the studio work does. If even a small portion of the confidence that she’s got in this recording transfers over to the stage, finding her a consistent audience won’t be the problem – getting people to leave some tickets available for new fans to come hear her sound will be.

Ava Maybee drops a gem of a rookie recording in “Lay Low” that has me feeling very eager to hear what she can do with more material similar to this in the future, and while she still has a lot of growing up to do as a songwriter, there’s nothing here to suggest that she’s doing anything but evolving in all the right ways at the moment. I think she’s aware of how transitional and transformative an era we’re living in for music; if she didn’t, I don’t think there would be as much attention to detail in “Lay Low” as there is. She’s taking the future seriously, and alongside this new generation of talented players, I think she fits right in.