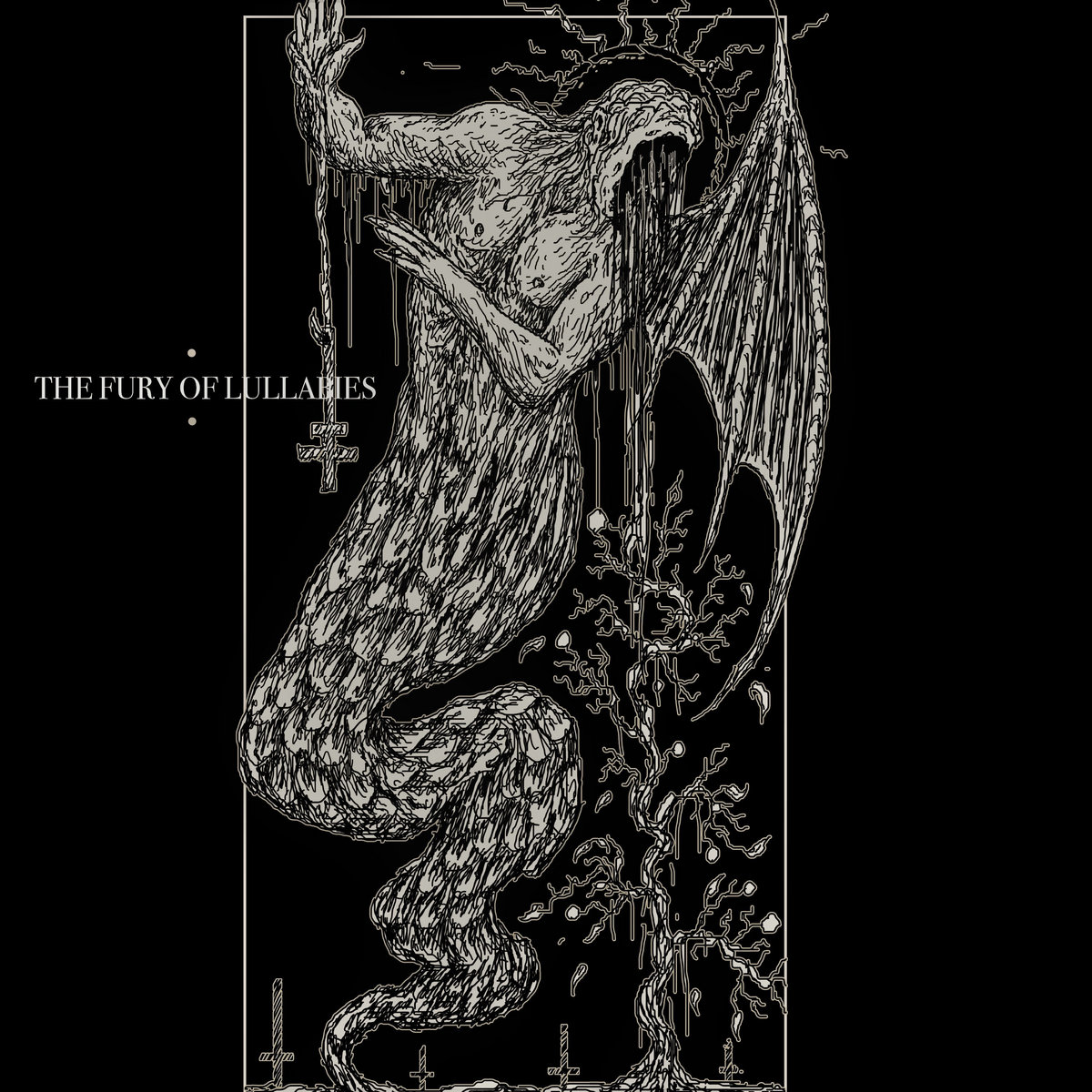 Living within the shadows, you’ll find the darkest secrets this planet contains, existing somewhere in the ethers between our realm and hell, constantly leaning in on us when we’re least equipped to manage the weight of their woeful untruths. Gorazde bravely enter this universe in their new album The Fury of Lullabies and its fourteen fascinating tracks, and although not devoid of melodicism in its collection of songs, this is a record far more focused on the shape of its music than the might of its harmonies. Gorazde venture into a mist of melancholia in “Distant Spirals,” crush conventional hooks with their twisted psychedelic rocker “Kiss the Murderous Beak,” and take aim at tenacious post-goth grooving in “Beholden,” all with one goal – to introduce us to a dark world that we already live in, but often refuse to acknowledge.

Gorazde explore esoteric themes from the get-go in this album, but not solely through the lyrics of their music. I would even say that the most spiritually intuitive piece of material here is the instrumental “Enucleate the Third Eye,” which features a wholly abrasive string lashing atop synthetic foundations that could do some real damage to your floorboards if played at too high a volume. Indeed, danger is everywhere we look and listen on this plain The Fury of Lullabies lives on, but because of the surgical precision of the performers in this record, never does it seem like we’re being led into a dungeon without any credible lantern to light the way ahead.

As far as volume is concerned, I can’t listen to “Luminaries,” “Last Movement,” “Dead Hand Path,” or “Incubavit” at a moderate volume, mostly because it robs me of the chance to feel the music as much as I’m listening to it. At their loudest, these songs still sound unclouded and really effective, which is hard to do considering the amount of noisy chaos living within the melodies of the blues bruiser “Luminaries” alone. The presence of the players is incredible and live-quality, and if what they accomplish in the pressurized “Diadem,” “Distant Spirals,” or aforementioned “Dead Hand Path” holds up on the stage, they could wind up having one of the more inviting and exciting live shows on the experimental circuits a lot sooner than later.

The Fury of Lullabies is a mind-bender in more ways than one, and those who haven’t already given its tracklist a peek would really do well to spin it before the summer ends. Gorazde isn’t quite a metal band nor a meticulous ambient outfit, and their lyrical legitimacy is built on such a uniquely post-punk pedigree that I feel like the experimental branding they’ve got thus far is almost unfair to the influences they do wear on their sleeve. In reality, this is a trio that doesn’t need a label to know who they are and what kind of audience their music was made specifically for, and while some might look at this as an insular branch on which an experimental outfit can perch, I think it’s going to yield a lot of critical acclaim for Gorazde this year.