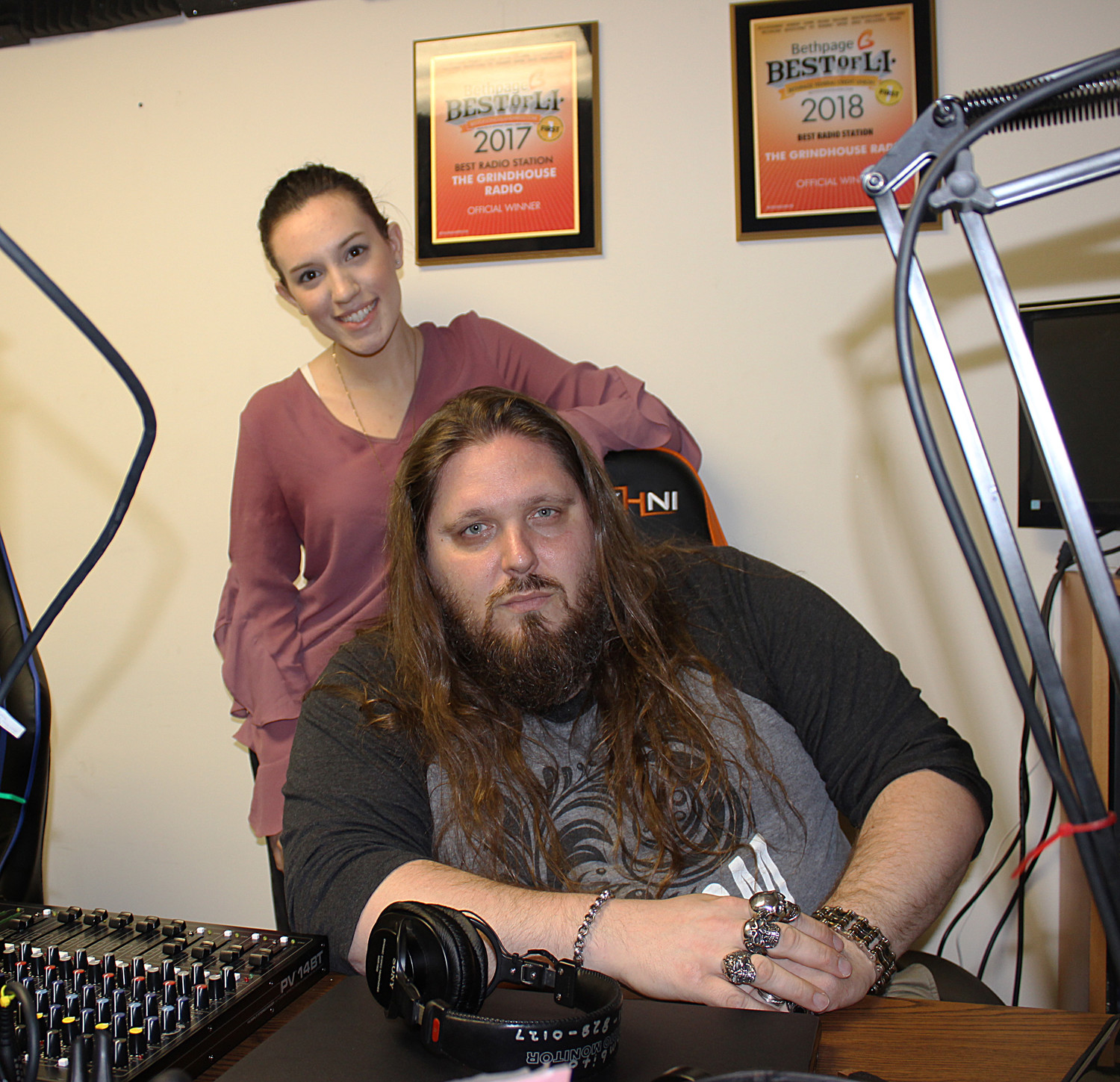 The Grindhouse Radio Continues to Surge

The Grindhouse Radio Continues to Surge

Since 2005, we’ve seen a steady rise in the popularity of podcasts. Not surprising given how much of a parasocial relationship we seem to be forming with most contemporary media. We love seeing other people talk and chat, and in a way, we feel like we too are a part of the conversation in some way. It’s sort of replication of friendship since when you find the right podcast, it’s like hearing the conversations you’d have with your friends. Who among us hasn’t listened to something with an unforeseen moment of spontaneous comedy and had to contain ourselves from laughing like a crazy person less a stranger gives us funny looks. The Grindhouse Radio epitomizes the feeling of catching up and laughing with friends to an almost scary degree.

As someone who’s not overly in love with podcasts, mainly due to how picky I can be with the given cast (nothing worse than listening to an interesting premise podcast and the hosts have a black hole of chemistry), but GHR, as it’s also known, has one of the most entertaining trios you could find. Consisting of hosts Brimstone, who acts as the ringleader of sorts given his incredibly extensive background as host and performer in various mediums (seriously, look him up. It’s nuts). Co-host Kim Adragna has an incredibly infectious personality and almost acts as a middle man between Brimstone’s braggadocious nature and co-host Tom Greer and his more straight-man delivery. Well, as close as a straight man as anyone can be in a show like this. One of the things I find incredibly appealing about some podcasts is how the structure of just conversation means it can replicate how we really talk. Rigidity in podcasts can be welcome for some, it’s like tuning in to a TV show and wanting them to stay on track with the plot, but with GHR, anything goes.

They run the gamut of all kinds of pop culture ranging from movies, tv, video games, sports, and anything else that comes to mind from these madmen (and women) who are running this severely entertaining asylum. Running at a perfect 2 hours in length allows it to stay on target when it’s important and honestly leaves you wanting a lot more by the time it’s over. The chemistry among the trio is astounding and having done countless episodes since 2015, the groove they settle in is organic and it really does feel like catching up with some old friends. There’s a reason why Brimstone and Kim Adragna have been voted and critically acclaimed as personalities for years now. It also helps that the assortment of guests they have is insanely eclectic and also entertaining ranging from voice actors like Phil Lamaar, Will Friedle, or the late great Stan Lee to really allow them to flex their nerd credibility, to even the now infamous Carole Baskin in an incredibly memorable appearance. Every episode truly feels like a surprise, and given the last year, there’s been no shortage of conversation fodder from this fantastic group.

Albeit GHR is internationally syndicated – the show and its cast also have a tremendous local appeal with between 620k –650k listeners respectively in the Long Island, New York market where they reside. They were nominated and voted the 2017, 2018, 2019 & 2020 Best Radio Station on Long Island over all the leading competition including terrestrial radio for four consecutive years. In 2019 GHR was nominated and voted winners in three categories… Best Radio Station on Long Island, as well as GHR’s Brimstone winning Best Twitter account from Long Island and Best Long Island Personality over Billy Joel, Jerry Seinfeld and Alec Baldwin for the 2nd consecutive year. It should also be noted that GHR’s Kim Adragna was nominated for the Personality Award. Furthermore, GHR was announced as a 2018 SCORE American Small Business Awards Champion and National Grand Champion – prompting a Certificate of Recognition from NY Mayor DeBlasio. The Grindhouse Radio was awarded the 2020 New York State Senate Empire Business Award in recognition of their repeated contributions to the community and New York State followed by a 2021 Platinum Communitas Award for Excellence in Corporate Responsibility | Making a Difference and Brimstone awarded for Excellence in Community Service | Leadership in Individual Community Service.

In 2021, GHR was awarded a Gold AVA Digital Award for Audio Production / Radio Podcast and a Gold Award of Excellence | Individual Episodes, Entertainment Podcast for the 27th Annual Communicator Awards. On social media, GHR branded GIFs have been used over 900 million times via their official Giphy account. Notably, Adragna has been named a recipient of the Long Island Business News’, 30 Under 30 Award 2019 and Grindhouse Radio was a major topic of discussion at the European Planetary Science Congress 2018 – officially making them a citable source for scientific and collegiate papers.

GHR is essentially a show that is designed to appeal to everyone, from a group of not-so “normal” people. Carefully crafted into a TWO HOUR talk radio show, the Grindhouse cast offers listeners their weekly pop culture fix of current news & events, comics, music, gadgets, gaming, sports and movies seamlessly blended in to a precise format. A no holds barred, madhouse of mythological proportions, GHR aims to be the public’s weekly fix for pop-culture, nerdisms and all around oddball topics that relate to media and celebrity.

Visit his Official Website at www.therealbrimstone.com/brimstone for full Bio.

About Kim Adragna:
Kim Adragna is an actress, model, voice-over actor, writer, producer, and brand influencer. Visit her landing page on the GHR Website at https://www.thegrindhouseradio.com/kim-adragna for full Bio.