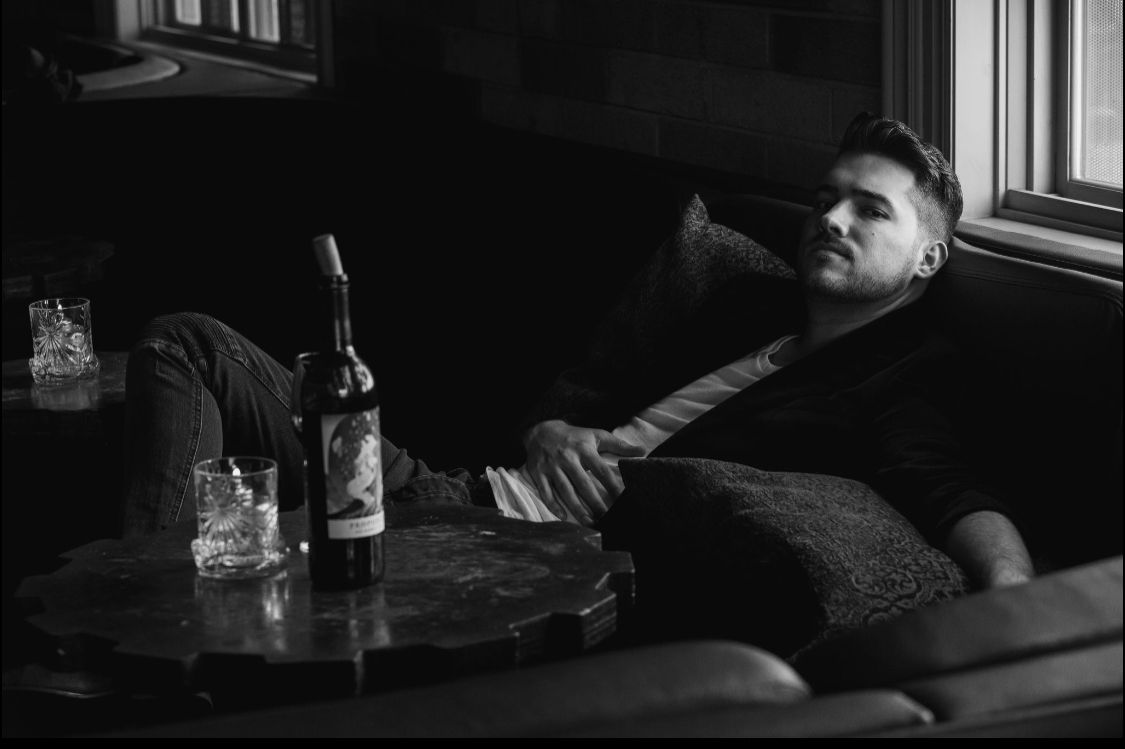 Welcome Brett! You have a new EP dropping today titled “The Real Thing” congrats.  Did you write all of the songs on the EP? If so, what was that experience like?

I didn’t personally write any of the music on this particular EP, but I had the honor of bringing to life 2 original songs written by some colleagues of mine in New York City. The title track ‘The Real Thing’ was written by an incredible artist in his own right named Mario Spinetti… when I first heard the progression of the melody he had written I was hooked and knew I had to give it my own twist. The closing track ‘If I Had Met You First’ was written by my friend Caleb Hoyer… it’s a painfully beautiful song that I have been sing for years, yet still have trouble performing without getting emotional.

Do you get nervous before you release new music or is it more of an excitement for you?

It’s absolutely an excitement. Ultimately, I choose to interpret music that fulfills me and enriches my soul. This particular project was born out of pure necessity, to be honest… given the current climate of the world during the COVID-19 Crisis I couldn’t bare the thought of not having a creative outlet for this indefinite season we are in — I began this project almost immediately. It’s such a thrill to think that this collection of songs that has been my source of sanity and calm during such a cruel moment in time might also find a home in the heart of someone else longing for the same escape as the listener.

Was there anyone or anything in particular that pushed you to pursue music?

You know, I come from a family of nurses… and for the longest time I just figured that was most likely the direction I would ultimately end up going, but this slow-burning musical fervor that existed in me since I was a little boy just kept growing and growing, and I guess it ultimately just took over at some point. I don’t even really remember the exact moment that it happened, but suddenly I was blindly pursuing music without question.

Actually….If I’m being honest, it was probably the moment my parents bought me a piano at 8 years old, lets be real…. there was no hope left for anything else.

You have spoken openly about previously having a vocal injury.  Can you tell us more about that journey?

Yes, I’ve recently recovered from a battle with a form of MTD (Muscle Tension Dysphonia) – a condition where the muscles around the larynx become incredibly tense during voice use and constrict your ability to produce sound properly. This condition can be brought on by a number of reasons, and in my case it was a result of an emotional trauma after suffering a substantial personal loss in my life. It was a very stressful experience and, as a singer, to have a part of your identity challenged in such a way is debilitating. I went from singing on the main stages of International Venues and the Las Vegas Strip 6 nights a week to suddenly having difficulty humming ‘Mary Had A Little Lamb’. It was devastating. Thankfully I made the decision to travel to LA and be seen by Dr. Reena Gupta, one of the most respected Laryngologists specializing in Voice that the industry has to offer and she properly diagnosed the issue and helped me assemble an amazing team of professionals to start combating the issue, one of which was the incredible Vocologist Mindy Pack based out of SLC. After about a year of extensive vocal rehabilitation and retraining muscle memory, I’ve made virtually a complete recovery and ‘The Real Thing’ will be the first music I’ve released since my recovery. It’s become a bit of a mission for me to bring awareness to the fact that an injury as a singer is nothing to be ashamed of… it happens.

It can feel like the end of the world, but ultimately you find the right team and you work through the issue and completely prioritize whatever it takes to work towards recovery. As Dr. Gupta told me, when an athlete is injured, their ability or technique is never questioned… they are championed to recover quickly and efficiently. As a singer, it’s important that this standard should be no different. A vocal injury does not immediately equate to “bad” technique, or being a “bad” singer.

Other than your own, what has been your favorite song released this year?

I’m a big fan of Sara Bareilles… I’ve been able to spend some time with her over the past few years through some mutual friends and I just think she radiates honesty and light and couldn’t be more genuine. She really has something to say in everything she does, so I had a great time getting to listen to her latest album ‘More Love: Songs from ‘Little Voice’’.

I also thought Taylor Swift’s album ‘Folklore’ was a masterpiece in so many ways.

Tell us where we can find you online and get our hands on your new music?

You can find ‘The Real Thing’ on iTunes, Spotify and all major music platforms as well as on my website brettpruneaumusic.com