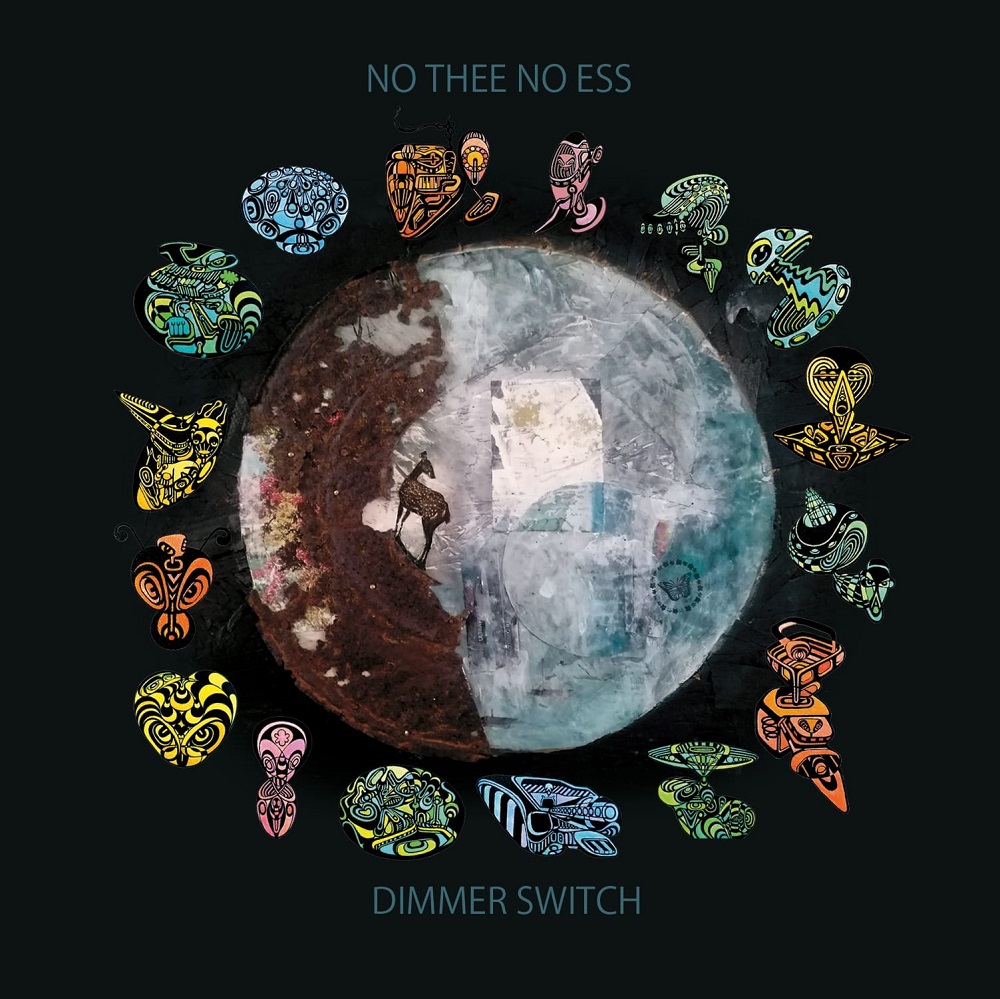 “Dimmer Switch” by No Thee No Ess

Cardiff based act, No Thee No Ess, have decided that what the world really needs, is a 60’s style psychedelic record. Enter, Dimmer Switch, a full length album that is spacy, strange, and ultimately, fascinating as well as highly creative. Paul Battenbough and Andy Fung, comprise the duo, known as No Thee No Ess. The two met while working the kitchen at an arts centre, and apparently, they got on quite well. Dimmer Switch is set for a September 17 release, and at 12 songs, it is an odyssey and a bit of an undertaking.

“Sunshine” is quite literally one of the brightest spots on the album. This one has a sense of joy and contentment, that isn’t really found elsewhere on the record. Gonna drink all of the wine/and take my time. In direct contrast to “Sunshine” is the somewhat Delphic, “Jazz Hands.” More of an interlude than a song, “Jazz Hands,” sounds like slightly inebriated jazz musicians, messing about in the studio. It’s short, and relatively harmless, but it’s probably not going to be anyone’s favorite moment on Dimmer Switch.

“Chorus,” might be the most immediate track on Dimmer Switch.  It starts with much promise, with the bass being particularly tasty. The caveat is that the vocals are kept within the falsetto range, that No Thee is so fond of. While it often works for them, something sang in a lower register would have better suited this proto garage style stomper. Nevertheless, this number shows that No Thee No Ess have another gear, if they choose to use it.

The Kinks inspired, “Consumption” is where the group gets to flaunt their quirky charisma. While this one ventures into cliché territory at times, with its surf rock breakdown, it’s an overall enjoyable, novelty piece. The somewhat tortuous, “Broken Silence,” comes off feeling and sounding like a bit of an eulogy. This is exactly the type of track you expect from an album called, Dimmer Switch.  It’s cryptic, labile, and gorgeous.

At nearly 5 minutes in length, “Wild Prairie” is the “epic” album closer. The band reaches unprecedented peaks of intensity on this song, that are nonexistent, up to that point. While not the most standout moment on Dimmer Switch, this one indeed leaves you wanting more from No Thee No Ess. While not without its flaws, Dimmer Switch is as complete of an effort as you can ask for. The band made no concessions, here, and have remained true to the sounds in their head. Lucky for us, the sounds percolating inside the brains of Battenbough and Fung, are decidedly charming.