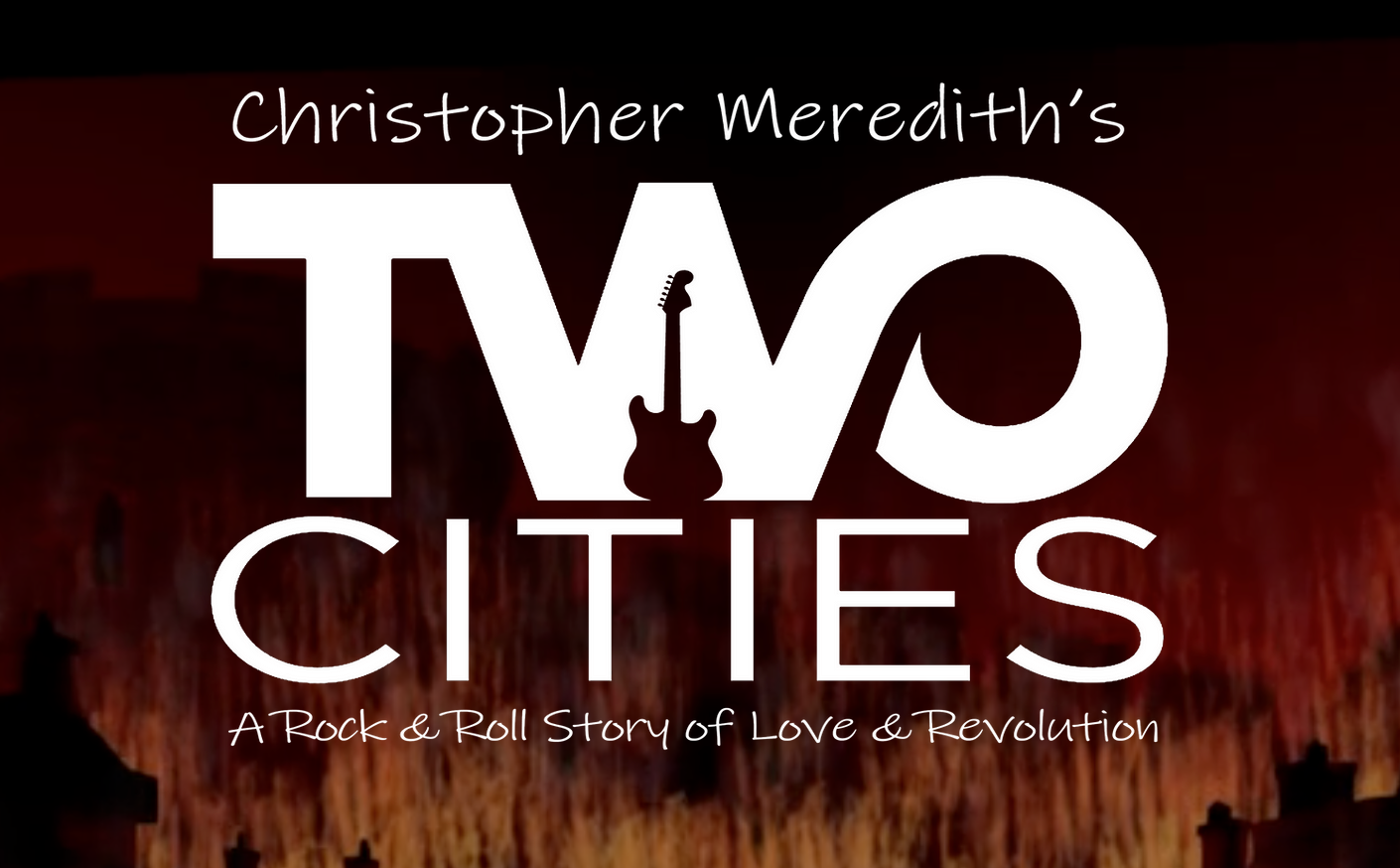 Charles Dickens’ A Tale of Two Cities was written in 1859 and all these years later the historical novel serves as a metaphor for class division, revolution and resurrection. In the new sonic odyssey Two Cities from Nantucket Island multi-hyphenate Christopher Meredith deploys an expansive, highly creative offshoot of the epic novel. Two Cities, a Rock & Roll Story of Love and Revolution, features 26 songs. The double-album features a wide swath of melodic, but heavy guitar riffs and made-for-the-stage musicality. Visually, the accompanying video-game-like stage performances are choreographed with modern dance work, dazzling costumes and a nod to the parallel lives of London and France. Undertaking this heroic project must have been a life-changing experience for Meredith.

Impressive to say the least. Meredith’s sonic journey is theatre-centric, but music lovers that don’t appreciate musical theatre, don’t fret. Guitar fret, that is. These songs have it all – drama, the ebb and flow of emotive rhythms and while you are transported to a different time and place, these feelings transcend those two elements. Meredith keeps you on the edge of your seat the entire time. I was happily surprised to feel like I was at a rock concert and swooped-in-and-out-of-a-Broadway play.

These songs are edgy, but not so much you feel like your face is going to melt. I couldn’t help but feel like there are some semblances or remnants of Les Misérables (Victor Hugo penned his novel in 1862; the musical premiered in 1980). Revolution sounds so much better with the rockin’ riffs and even some of the sultry saxophone tones. Meredith takes such special care in delivering original lyrics and sounds that not only tell an amazing, action-packed and romantic story, but the characters’ residue seems to be embedded into the very soul of these songs. At their very core, these songs bind together love and the human need to be accepted.

It’s hard to pick just one favorite of the 26 tracks, with each one so pivotal to the story. “Think Fast” featuring a daring piano introduction, a backing audience cheering, moves swiftly into a nocturnal, sultry guitar arrangement. Foreigner fans especially will like the way the tempo and the drama builds. The crushing drum cymbals are fierce and make you want to join in on the playing – raising those fists in the air as if to join the rock revolution.

You don’t feel stuck on the sidelines. The idea of resurrection is alive and well – considering Meredith resurrects the 80s melodic guitar tones. It’s a really cool song. In “Stand Up”, Rachel Gavaletz performs the role of Madame DeFarge and belts out the addictive chorus. One of the best lines in the song is step outside, are you where you want to be? Or are you lost in their illusions. It calls on the listener, and true to the character’s path, to make a change and resurrect their own dream.

Two Cities is invigorating and romantic all the same – these arrangements are beyond measure. Truly, a work of art and just as exciting to be on the ‘beginning’ of something huge. Imagine being able to listen to the Hamilton soundtrack/score before it made its way to Broadway? That’s the feeling I get here. Two Cities is stage-ready and listener ready. This is made for bigger and better things. I just know it. Viva la Two Cities and its modern rock sonic journey!