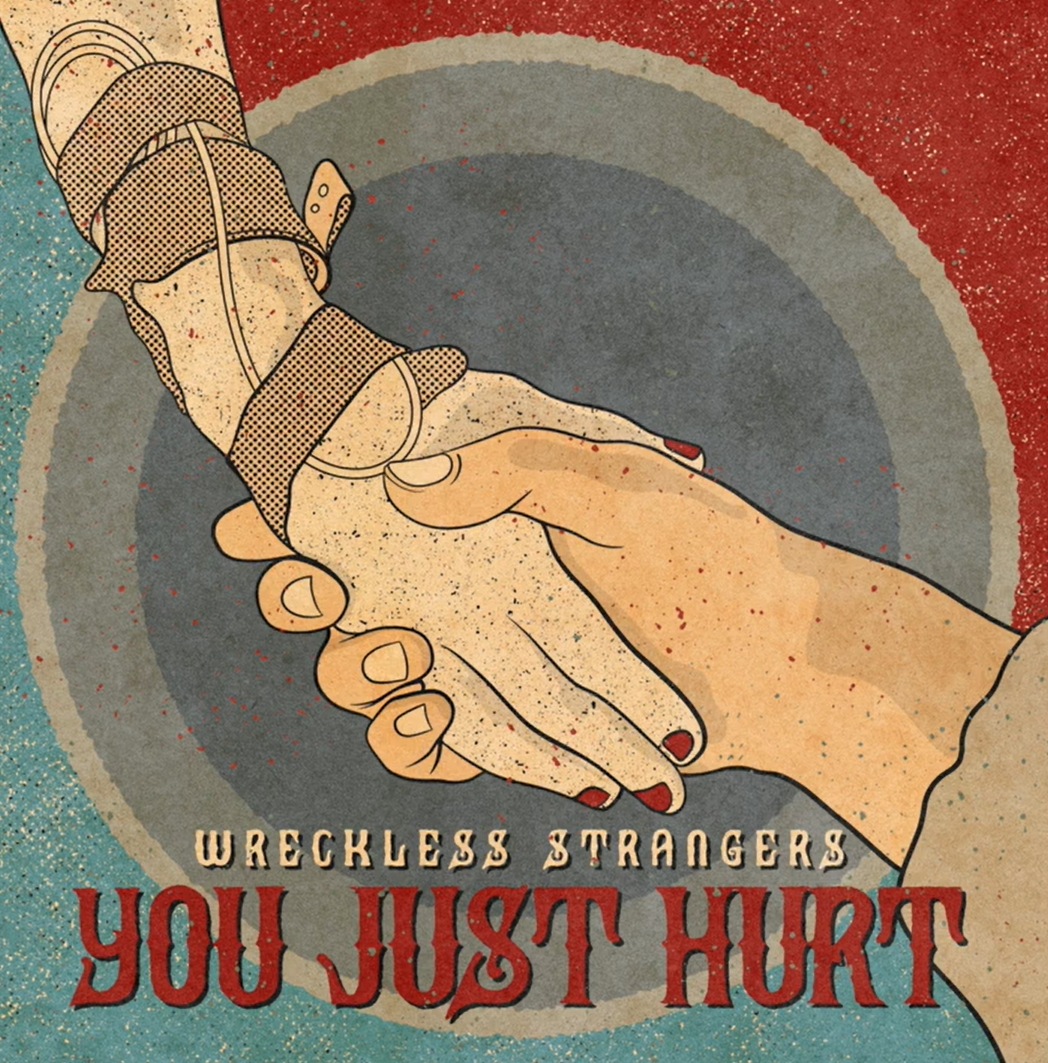 Wreckless Strangers’ “You Just Hurt” pushes good old-fashioned soulful blues in a way too few bands do nowadays. This part-time collection of friends and session musicians hailing from San Francisco and its environs are riding high on the building momentum of a forthcoming album release and this new single generates even more buzz. The third single from their album When the Sun and a Blue Star Collide doesn’t try remaking the songwriting wheel or summing up the immensity of life in four minutes nine seconds, but it gives us a rollicking journey for the time.

Grammy-winning producer/artist/guitarist Colin Linden does exceptional work presenting the song. The vocals and slide guitar are placed center stage for listeners. It’s a full-bodied listening experience, however, and the secondary instruments aren’t short shafted in the mix. He makes sure instruments like the aforementioned slide guitar possess the necessary gravitas to work in this context and the separation between the different voices is another key to the single’s success. His long list of credits shows a deep grounding in this musical style and enlisting him to produce this album will likely prove one of the biggest reasons for whatever success enjoys.

The extended slide guitar rave up opening the track eventually gives way to the full band rolling into frame. It’s where the rubber meets the road. “You Just Hurt” doesn’t have a rambunctious tempo but inexorable is a good way to describe its mid-tempo steamroll. It packs plenty of power in a relatively small package. The rhythm section is a crucial part of the song’s success – muscular while still sustaining the necessary musicality.

The overall musicality of the song is one of its great strengths. Wreckless Strangers don’t fall into the trap of plodding heavy-handed blues with no swing but, instead, find a groove early on and ride it for all its worth. This is deep in the pocket playing and the obvious chemistry each member of the band shares helps produce a performance full of substantive musical fireworks rather than distorted and empty bluster.

Vocalist David Noble co-wrote the song and his slightly weathered vocals are a perfect partner for the arrangement. He doesn’t have a classically beautiful voice, but his urgency and emotion are near-palpable from the outset. It’s never overwhelming though. Noble finds the right vibe early for this song and makes it worth in every line without ever lapsing into histrionic nonsense. There is a smattering of backing vocals as well that further sweetens the song.

Not too much though. Wreckless Strangers want listeners to get a little dirty with this song and it finds its mark. They even further tantalize listeners with a nicely turned coda that leans a little more on their rock influences. It works though. The third single from When the Sun and a Blue Star Collide is a rugged and rollicking reminder if we need one, why the blues still work so well. It helps further establish the band as one of the best Americana-themed acts playing today.