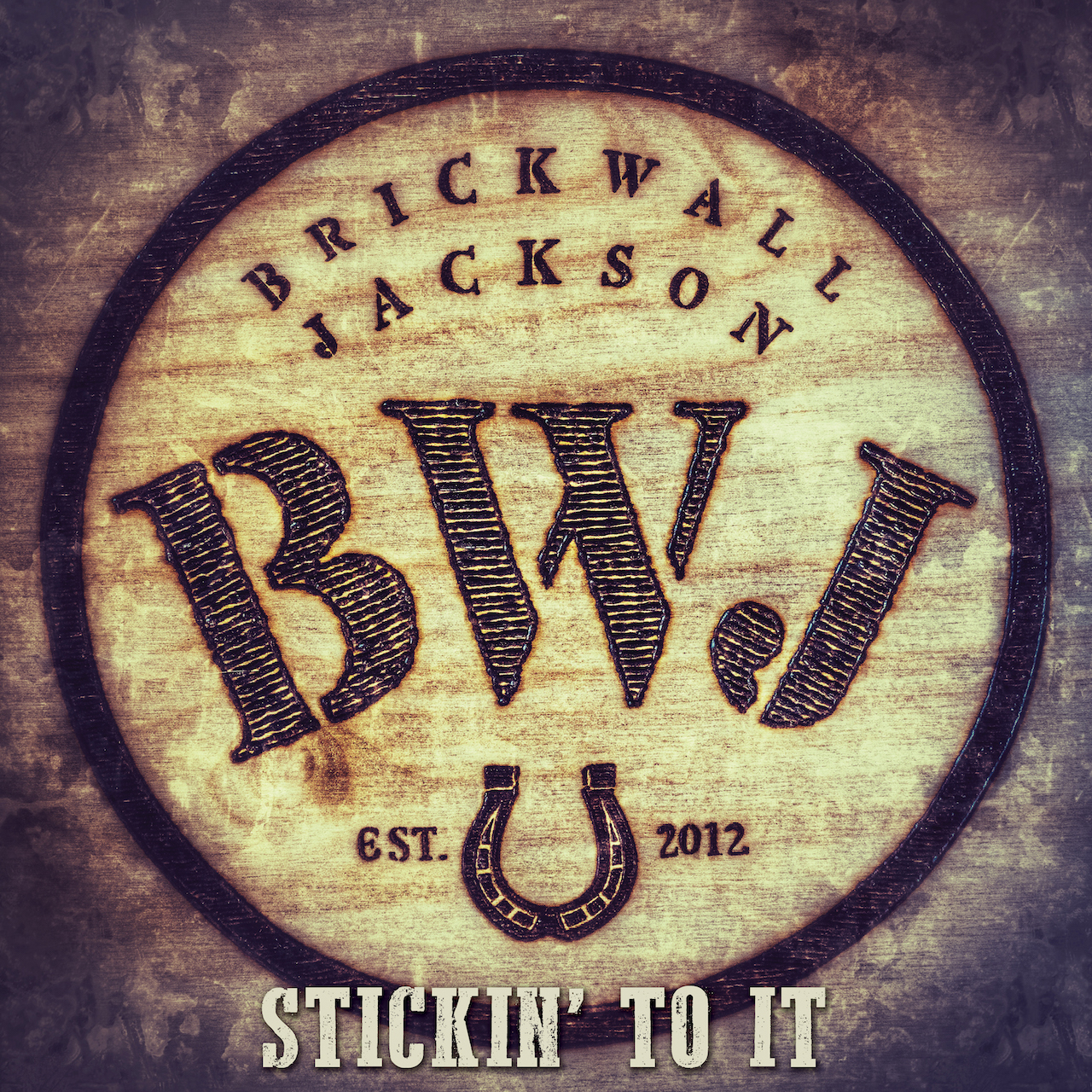 Brickwall Jackson “Stickin’ To It”

With October 14th fast approaching, Americana Virginia band Brickwall Jackson is set to release their third studio album, “Stickin’ To It”. To get a taste of what you’re in for as a listener, they’ve already released a music video for the armed forces tribute, “Gun Truck”. This track begins and ends with a military style drum march cadence, but in between is a roller coaster of hard rock dissonant tones that invoke memories of Metallica with a bit of a southern twang.

Don’t let that track fool you, however. The album begins with the song, “Begin”, which is a significantly more easy-listening, lighthearted relationship song. What’s more, if you were ever hoping for a cross between the Eagles and country, this song is it – specifically, it’s reminiscent of “Take It Easy”.

Following “Begin” is “Who’s Gonna Love You” – a somewhat sassy, female-vocal-led performance dedicated to reminding men not to take a good woman for granted. This track opens with a blistering harmonica part and an upbeat tempo that keeps the energy alive for the entire three-and-a-half minutes. Fans of that 70’s female empowerment sound found in songs like “I Will Survive” will love “Who’s Gonna Love You”.

It might seem out of order to put this next song on the heels of “Who’s Gonna Love You”, but it’s enjoyable, nonetheless. “Hole In My Heart” has less energy but no less sentiment than the previous track. It presents the difficult struggle of a special someone leaving a void in your life but keeps phrasing simple and direct. Performance-wise, the male vocals are oddly similar to that of Billy Joel, and the female vocals back the male lead in such a way that the song could be felt as a duet from two lovers going through the same emotional struggle.

“Real Men” is a strong country track that takes direct aim at new-age ideas and trends in America’s male population. It’s the kind of societal critique one would expect to hear from an old-fashioned father or in a southern barbershop. Whether you agree or not, this will absolutely be a hit in honkytonks everywhere.

The title track, “Stickin’ To It” brings the flare of southern rock immediately. The lyrics might not have much meaning, but the guitar is the star of this song. It brings the feel of Lynyrd Skynyrd’s “Gimme Three Steps” into the mix of styles on this album, and it is a welcome addition.

We bring the energy back a little bit once more, and the female vocals from “Who’s Gonna Love You” get to shine again in “Love Anymore”. Don’t let the title of the song fool you, though, this isn’t about relationships or couples. This cut is about loving your neighbor and fellow man in a world that seems to have lost that ability in our currently radically charged political climate. In case that’s too heavy for you, don’t worry, the next song is a classic-style country tune called “Whiskey Dick”.

“Tore Up” is the most impressive performance on the album by far. All the singers come back for one pulse-pounding performance. “Tore Up” sounds like it’s going to be a standard country rock song, however, the band displays incredible musicianship as they adjust the time signature throughout the entire song. Even if you can’t find your consistent rhythm, they have no problems, and it shows. This is truly an appropriate ending to the album, which ends with two live performances respectively: “Gun Truck” and “Tore Up”.

The amazing thing about this album is that there is a song for just about every type of listener. The topics are American, but musicianship is universal. So, if you’re a fan of music in all it’s forms, pick up “Stickin’ To It”.

Review by Will Nolan